The Best Mobile Slots to Play This Summer 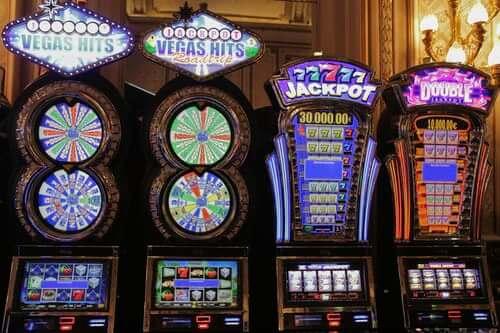 Millions of people in the UK are ditching their PCs for smartphones when it comes to playing casino games. Naturally, casinos are also redesigning their websites, while software providers are even competing to develop the next big mobile slot. The best mobile games this summer come from a collection of leading software providers. Some of the games are slots you’ve played before on your PC. But others are new machines you most likely will be playing for the first time.

NetEnt’s Dead or Alive is one of its most famous slots and deservedly so. Inspired by the old Wild West, the game gives you a glimpse of how outlaws lived in the early 20th century. Precisely, it’s all about heists spearheaded by its gang of Jesse James, Billy the Kid, Belle Star and Delia Rose. Dead or Alive II comes with five reels and nine paylines. However, it’s jam-packed with free spins and multipliers. All you need is to trigger symbols like the old saloon, the train heist or the high noon saloon and you could win up to 100,000x your stake.

Aloha is such a famous slot that it appears on most casinos’ homepage. It was inspired by a Hawaiian phrase meaning peace, affection and compassion. But what does that have to do with casino gaming? You need to play Aloha to experience its beautiful Hawaiian theme, tropical music and engaging characters. It features some pretty attractive features too, such as its sticky symbols that retrigger winning icons continuously.

To win free spins in Aloha, trigger a letter stamp on three or more reels. You can win up to twelve free games in the base game. Of course, what you want is to trigger multipliers because they could help you win up to 10,000x your stake.

Unless you’ve never played slots before, there’s a chance you know Starburst. If you’ve played and liked it, consider trying it on your smartphone. It’s a low variance game that accepts as little as ten cents per bet.

What makes Starburst such a famous game, though, is that it was the first of a kind. NetEnt produced this game at a time when every other developer mimicked land-based machines. It brought a modern feel to slots, from graphics and sound to betting and bonuses. Starburst is no longer the best-rated video slot it was once. If you’re looking for top-rated free and real money slots, visit slots.info/mobile. That said, Starburst is still a thrilling game to play on your smartphone, especially this summer.

Online software developers might have stopped copying everything Las Vegas does. But that doesn’t mean you can’t have some fun playing a slot themed after Sin City. Of course, that means plenty of fruit, classic slot soundtracks and lights that flicker every time you win. In other words, 777 takes you back to the days of classic slots, again when machines were simple and less sophisticated. The game has five reels like video slots, though. It has 25 paylines and can award you up to 5000x your stake when you trigger the wild (777) symbol on all five reels.

Released in 2017, Cash Bandits came at a time when mobile gaming was on the rise. Fortunately, it’s a mobile responsive game with decent cartoonish graphics and a storyline that elevated the original game into stardom. Cash Bandits is a money heist game. Your objective together with a few friends is to break into cash vaults. If you want to succeed, watch out for scatter and wild symbols. The former is denoted by the robber image and helps you win free games. The game’s logo is the wild and replaces all available symbols to form winning icons.  Another crucial symbol in this game is the vault. It can lead to a maximum of 190 spins and 17x multipliers.

Seldom do people talk about good slots and leave out Thunderstruck 2. It is a sequel to an incredibly famous game. But gladly, it lived up to the hype. Armed with 243 paylines, five reels and five Norse gods, it’s an excellent game to play on your smartphone. Similar to many video slots, Thunderstruck’s logo is an important symbol in the game. It acts as a wild, meaning it replaces all other icons into winning features. It can’t replace the scatter, though.

In the game, Mjolnir acts as the scatter and triggers free spins. Sometimes it can also trigger Thor, Odin, Valkyrie and Loki to appear. And when any of the mythical beings come out, they award you free spins or multipliers.

Robbing a bank takes some time. That’s why this game by Betsoft is one of the best games to play when you have plenty of time to spare. To get started, you have to go through the planning stage. Then you need to find your way into a bank, stack up cash and get out without being nabbed.

Take the Bank has 75 paylines, which means you can invest some decent cash and stand out to win a lot more. However, the presence of cops makes it a tad challenging to complete your mission. Winning means triggering a slew of symbols such as gold, coins and diamonds. They pay out 90x, 100x and 300x respectively. There are more icons for free games such as a police car that awards you 15 spins.

Featuring a 97% return to player rate, Monster Pop is one of the best paying mobile slots. It comes with sticky reels and lots of Halloween-themed images and a small jackpot of 100x your stake. Monster Pop doesn’t feature an exact number of paylines. In fact, it comes with modified symbols that change with every new spin. That leads to much higher potential payouts and many spins when you activate the right symbols.

How Are UK Casino Sites Regulated?