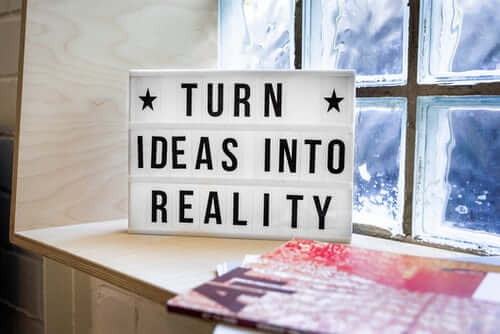 Coutts, the wealth manager and private bank, has today released the latest round of findings of the inaugural Coutts UK Entrepreneur Index (CUEI) which outlines the level of entrepreneurialism in the UK as well as the desires and barriers that they have faced when starting their business.

Their findings show that:

The CUEI has already revealed that one in four Brits (23%) has launched their own business, meaning they can officially call themselves an entrepreneur. Today, the wealth manager and private bank has also revealed what the drivers are behind those entrepreneurs making that decision.

Indeed, for British entrepreneurs, the flexibility to work for oneself was the number one factor, with more than half (52%) declaring so. The same figure (52%) also said they wanted their business to be a truly interesting place to work. More than a third (34%) were attracted to the possible financial reward and a quarter (25%) simply wanted to build something from scratch. It was also clear that launching one’s own business is also an opportunity for many to do something for their society or community. One in three (33%) declared that it is important to them that their business has a positive impact on society, more than a fifth (21%) said that wanted it to create jobs and around one in six (17%) wanted their business to be diverse.

Interestingly, Coutts found that more female entrepreneurs (37%) wanted their business to have a positive impact on society than their male counterparts (29%), and more women (57%) also found the idea of simply doing something more interesting a bigger driver than men (47%).

Commenting on the findings, Greg Kyle-Langley, Head of Entrepreneurs at Coutts, said: “While entrepreneurs have a number of reasons for starting up, they all share a recognition of the power of enterprise to change lives – whether their own, their family’s, or the broader community. We see that from the work we do with the Prince’s Trust, all the way up to the businesses founded by our clients that are household names in the UK and around the world. When it comes to advising an entrepreneur, either as their private bank, commercial bank or strategic partner, understanding the goals of that individual makes helping them achieve success that little bit more straightforward. In times such as these too, it is clear that business, whether a start-up or large-scale global organisation, you have to be able to demonstrate their purpose in order to survive.

“What is encouraging to see is that here in the UK, there is a huge appetite to launch a business. To do so in the face of a global pandemic shows just how passionate, adventurous and powerful enterprise can be. It is our view that no matter what happens now or in the near future, it will be enterprise that helps rebuild the economy and we’re excited to see so many entrepreneurs ready to do what they can.”