The Art Of Graceful Business Negotiation 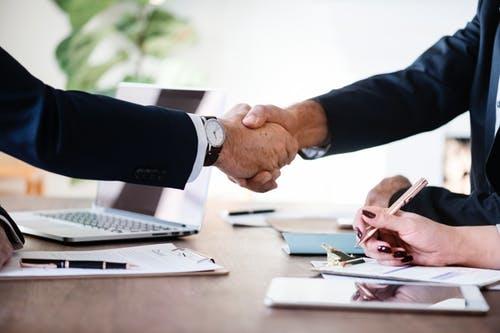 Negotiation is an important part of life, and an even more important part of business. Put simply, you have wants and needs, but not everyone is instantly responsive to your needs because they also have their own desires and preferred outcomes. Negotiation is the art of communicating those needs, understanding the needs of the other party, and coming to an agreement that works for everyone.

Traditionally, business negotiations have been seen as largely transactional, as they often involve reaching conclusions on financial matters, as is the case with securing suppliers or selling your business. More modern approaches seek a harmonious solution based on maximising value for all parties.

Negotiation can be seen as a kind of battle, like a game of chess, or at least a back-and-forth round of tennis. From this perspective, the role of each party is to secure as many of their needs as possible, while also subduing the other party so that less of their needs spill onto the table.

This is known as a win-lose, or zero-sum model of negotiation, and it implies that there is one pie that has a known size, and that each party’s aim is to divide up this pie, taking the most possible for themselves. This transactional approach focuses mostly on reducing costs and/or gaining profits.

The problem with the zero-sum approach to negotiation, is that both businesses lose potentially lose out on value. Alternative avenues for bargaining are overlooked, and quality and added value are often sacrificed for lower costs. Yet the bigger sacrifice is to the business relationship. Trust, understanding and the possibility of an expansive partnership are all thrown under the wheel for the sake of immediate discounts.

The traditional and often aggressive approaches for negotiation are focused on strategy. The aim is to get more of the pie, and so the strategy is based on how to secure favourable terms for yourself. This is a very limited view of negotiation, but before I show you why it’s important that we examine the more enlightening aspects of the traditional approach, so that you can carry them with you into the future.

You still need to prepare for negotiation meetings, whether face-to-face or otherwise, by having a firm understanding of your own values and intentions, and the values of the other party. You should understand your leverage in the situation, and be prepared for the usual rhythm of offers and counter-offers before settling on a final contract. You should always voice your concerns over any issues you have, and listen to the other party when they voice theirs.

When it comes to the meeting itself, leave emotion out of it. This is one of the many situations in which you will need your best poker face, another being when your friend comes up with a “great” business plan and you don’t want to hurt their feelings. In negotiation, your poker face isn’t just to conceal your intentions, but also to keep the meeting calm and respectful, and to set the right tone for a positive outcome.

Research suggests that the most damaging emotions to bring to the negotiation table are anxiety and anger. Anxiety is often related to the “flight” mechanism, and seeks to avoid confrontation and even exit the meeting asap. Anger escalates conflict, reduces cooperation and leads to less desirable outcomes. Using anger as a strategy once again assumes a zero-sum approach.

The traditional strategic approaches mentioned here are still relevant to the modern business world. It’s still important to be able to plan and prepare, to expose the wiggle room in prices and budgets, and to keep your emotions in check in order to discuss possible solutions. Yet, none of this gets past the age-old mentality of competition and combat.

To transcend the notion of win-lose, we have to understand that the pie is not fixed, and that there are many factors at play in a partnership or deal than just basic costs. This is illustrated brilliantly in a recent Forbes article, in which a smaller company seeks to make a deal with a bigger company, “Blossom”.

The smaller company has a limited cash-flow, and Blossom are demanding that they accept payments only once they have delivered in six months. This will cause cash-flow issues for the smaller company, who must pay their suppliers in advance. They in turn request 30% upfront payment from Blossom to cover supplier costs so that they can deliver the outcome. Blossom refuse to pay any upfront, and threaten to seek new suppliers. The smaller company must then take out a bank loan to cover the costs and complete the deal, with the interest from the loans eating into the profits they accrue from the deal.

The smaller company loses out £150,000 to interest charges, whereas it would only have cost Blossom £60,000 to spot the money upfront, given that they have lower capital expenses. This makes a difference of £90,000 in project costs, which the two parties could have split between them as part of the deal. In effect, the smaller company could have offered a discount of, say, £120,000 for Blossom to pay upfront, and both companies would have been better off.

This is the basis of NegoEconomics, which asserts that a win-win solution can be reached for both parties. This approach also leads to relationships built on trust, mutual growth and future expansion made possible through the business partnership.

If this is difficult to get your head around, look into NegoEconomics more. For now, understand that if you focus on your own profits alone, you will miss out on a lot of value. Instead, look equally on the other party’s needs and get creative with what you can offer them. Focus on getting the best possible long-term deal for both parties, and your negotiations will often secure more positive outcomes.

5 Things Employers Should Consider When Employees Return To The Office