How Can Startups Use Bitcoin? 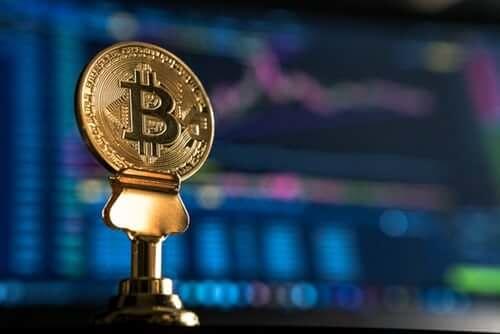 We are seeing more businesses than ever embracing cryptocurrencies. Merchants who embrace them immediately appear to appeal to broader audiences, as they provide benefits such as anonymous and borderless transactions, with many security advantages to consider as well. The trend is hard to ignore, as we see companies like Luno and their Bitcoin wallet being utilised by millions of consumers all over the world. So, as they’re now so in demand, we are going to give you the low down to accepting them in your startup.

If you’re reading this and you don’t know what cryptocurrency is, the best way to describe it is as digital cash. Often, cryptocurrency transactions take place in the online world, with the original and still the most prominent version known as Bitcoin, which began life a decade ago. The cryptocurrencies themselves, as in the spendable coins, are generated through a process known as mining, and this involves computers.

Cryptocurrencies provide both the merchant and the customer with distinct advantages over traditional methods, and this is the driving force behind their rise in popularity. The transactions are anonymous, for example, which means that anyone from anywhere in the world can complete their business whenever they wish, away from the prying eyes of third parties, governments and even cybercriminals. Crypto transactions are a lot more secure than traditional methods too, which also makes them very appealing.

So, now you know a bit of the history of cryptocurrencies, and why so many people are keen on using them in the online world; you will want to know how to get started when it comes to accepting them. Well, the first, and most obvious thing to do is to ensure everyone knows that you accept cryptos. There are lots of logos and signs which you can display on your website, or in your shop if you’re an offline merchant, such as the famous “bitcoin accepted here” badge. If you show it, they will eventually come.

From there, if the business is operating in the online world through a website, you will need a competent coder with experience of cryptocurrencies to get the service off the ground. They will ensure a full node is running, which will be vital when selling high-value goods. In the offline world, it’s perhaps a bit easier, as QR codes, apps and even terminals make processing crypto payments a doddle.

Some businesses may prefer to slowly ease their way into accepting cryptocurrencies, by insisting they are used to buy gift cards or to load onto prepaid cards. It will make life a hell of a lot easier, especially when it comes to tracking payments. There are already a few companies who operate this policy, and it works well as it’s hassle-free, so it’s worth considering before anyone effectively jumps in at the deep end.

However the approach in accepting cryptocurrencies at any start-up, letting customers know that you do, and encouraging them to get involved, is crucial. So, it would be prudent to consider offering exclusive deals for those paying using cryptocurrencies such as Bitcoin for a set period, as this would soon see sales fly.