Interview with Tom Leathes, CEO and Co-Founder of Motorway 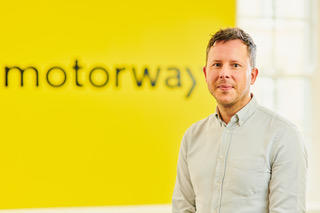 How was Motorway founded, how did the idea come about?

We started Motorway about three years ago in 2017. We’re not car industry experts at all; we come from building online businesses and price comparison sites. It came from our own experience in cars and what we’ve always found as consumers is that selling a car is one of the most painful things you could possibly do. Our whole idea for Motorway was born out of that frustration. We asked ourselves, why is it so difficult? Why has every other industry moved online and been disrupted by the internet, but the car industry hasn’t changed in fifty years? We felt like there had to be a better way, and that’s what we set about building.

What makes Motorway unique or better than other car selling platforms?

The problem with the whole car industry is that it’s massively inefficient and very complicated. What that means is that when someone sells a car, for example to a car dealer in a part-exchange, they are highly unlikely to get a good deal because they are not finding the buyer who wants to pay the most for their car. What tends to happen is that cars are bought by one party before being sold on to another party, before eventually retailed to a customer. It’s massively inefficient. It’s not only a bad deal for the consumer, but it’s often a bad deal for the car dealers as well.

What we do that’s different from everyone else is we remove all of the middlemen and find the buyer that wants to pay the most for each customers car. We directly connect the seller with the right buyer for their car and get everyone the best possible deal in the process.

What challenges have you faced working in this complex industry?

The first big challenge that we had was trying to convince traditional car buying companies to work with us. None of them had embraced the internet at all, and we came along with a completely online platform trying to change the way that things were done. Trying to change the behaviour of a very traditional industry is difficult, and that first part of getting people to work with us was our biggest challenge. Once we got over that and were able to show how powerful the platform was for them, then everything started to flow from there.

The second big challenge is how to react to the COVID pandemic, which we are going through now. Since the lockdown happened in mid-march, it’s not really possible to trade cars. We have effectively stopped trading for this period while the transport restrictions are in place. We’re focussing the team on doubling down on our technology roadmap and shipping as much product as we can so that once the restrictions lift, we can hit the ground running.

Motorway has seen rapid growth, with the most recent funding round securing £11 million. What do you attribute this success to?

I think what really excited investors and us is that we’re genuinely changing the way in which a very entrenched industry works, and making it better for everyone involved. There’s been very little change in half a century, so to come in with something much more efficient the creates value for everyone in chain is a very exciting prospect.

We’re a fast-growing company, and since the funding round about a year ago, we’ve at least doubled the team. We are now 70 people across three offices in London, Brighton and Kyiv. We’ve continued to grow our volume on a fast curve with £300 million in completed car sales in the last twelve months. We now have over 1500 dealerships and car buyers using the platform.

What are your plans for further growth?

We are looking to continue to grow our market share. Our entire team has been learning to work remotely in the past few weeks, so in expanding our teams, we might have more members joining that don’t live in an office. The past couple of months have forced everyone to think in a much more online way. So we’re anticipating that, when things do return to normal in the coming months, we’re going to get even more people wanting to use our platform instead of the traditional routes.

We’re looking to continue what we’re doing. It’s a massive industry, and we’re still a relatively small part of that. So the next couple of years is about becoming the best place to sell your car across the country. We’re looking to be the leader in that space within the next few years.