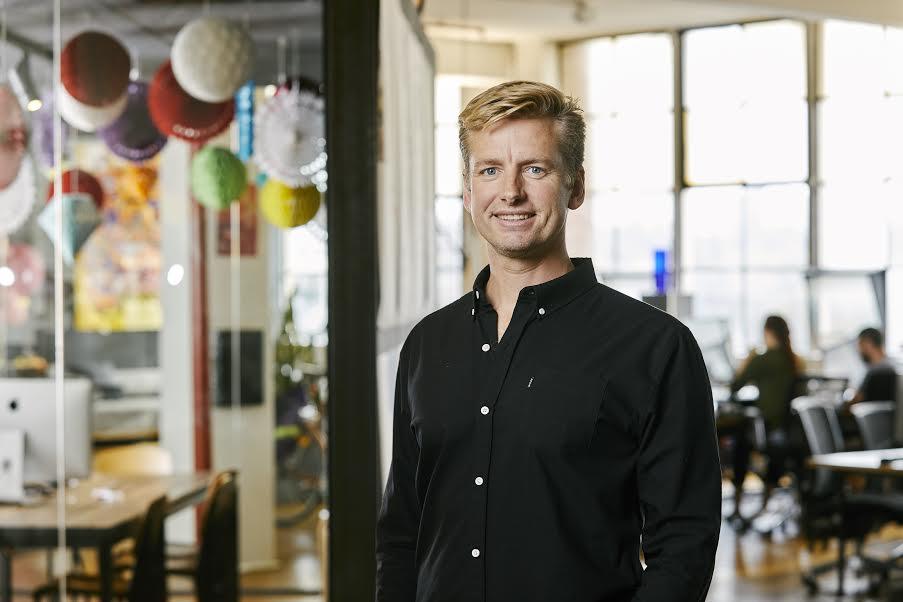 99designs is a business that helps to connect designers with clients from all over the world through direct work and design contests. The platform has grown from a small forum to a global network of designers, and now has headquarters in Melbourne, Oakland and Berlin. To date, this platform has paid out $250 million to its community of creatives.

TechRound caught up with the CEO of 99 designs Patrick Llewellyn to discuss the origins of this global creative platform, the challenges they have faced and where they are now.

The origins of 99designs:

“The story of the two 99designs co-founders, Mark Harbottle and Matt Mickiewicz, started in 1999 when they started SitePoint. Matt was actually a teenager based in Vancouver, Canada, and he’d had success with some information sites, helping people with content on how to build a website. Mark had been selling ads and discovered Matt, and he was working for an Australian software company at the time called Sausage Software. They then formed this unlikely business, SitePoint went on to become a publisher of books, and was a highly trafficked site due to all of the quality content.”

“A lot of the content was around how build a website, how to do designs for websites, photography for websites, it was really a very strong, rich content repository. They had two major forums, these being a developer forum and a designer forum. In the designer forum they were playing a game called “photoshop tennis”, where essentially there’s a fictional brief put into a forum where designers submit their ideas. They used it as a way of ideation, learning, commenting and fun adaption. When you’re looking for something to do you can go into a forum like this, get an idea in it and create a design, then see how other people think about solving the problem. Designers were actually the first to turn this into a business model. So designers initially started using it as a way of sourcing design from each other. It was this very organic, user-generated behaviour.”

“The developer forum heard about what the designers were doing and they started coming into that forum and using that as a way of sourcing design work for the projects that they were working on. So then over time, momentum then started to build around this mechanic, which we now call design contest.”

“The founders and the early tech team at SitePoint saw this behaviour and decided to see if they could test it for the business model. So the first iterations of 99designs are actually done under the banner of SitePoint marketplace, and then 99designs was spun out in 2008 with a core group of users, a small group of customers and two engineers, and so it became its own entity.”

“At the core of the site was this community of passionate designers and customers who got great outcomes. For the first three years, all of our traffic came through word of mouth, we weren’t spending any money on marketing, it was all about just delivering a good experience to our customers and to our community of creatives, and that’s really been at the core of everything we’ve done since.”

“We then localised in the UK, set up a presence there, and we also did the same in Canada. So we went after the major English markets, then in 2012 we bought a small competitor out of Germany called 12 Designer, and then embarked on our international strategy. We used that small Berlin business as a basis to really get out and develop a local language competency for the European languages. So quickly we localised the site in German, Spanish, Italian, French and then we went into Portuguese for Brazil. We took advantage of the expertise, the ability to hire more in Berlin, and support a European market in their time zone.”

“A few years ago we set out to re-architect our site. We went for a classic, API-driven internal structure so that we could decouple code bases and make them smaller, autonomous code bases. This helped teams to become a lot more agile, and a lot easier to support. It also opened up the opportunity for us to offer our technology to third parties.”

“Squarespace has always had a large, thriving community of creators who were supporting and working directly with clients who maybe didn’t have time to build their own website, or wanted help with some finishing touches. We’ve taken that community and put it onto 99designs infrastructure so that Squarespace can now offer a real time marketplace solution on Squarespace.com/designer.”

“What that means is that a client can go to Squarespace and be matched with an expert or browse designer profiles, send out invites to those creators and then work with them to build a really beautiful site – but all of that work happens on 99designs. We have been able to give Squarespace a really rich marketplace experience, utilising our 12 years of infrastructure that we’ve built, and our expertise in helping connect people to help each other.”

“There’s always challenges in playing this role in the middle and we don’t always get that right, and so we’ve got to make sure that we’re iterating, listening and evolving, and that certainly is a challenge. I think the fact that we’ve operated at a global scale since almost day one, the fact that we are a very small team and now we’ve got offices in three countries, operating any business across three different time zones is challenging. Communicating across to those offices is a challenge, getting communication right can be a constant challenge.”

“Also we’re all pretty reliant on Google today, the algorithm changes as traffic comes and goes, the cost of acquiring customers has certainly become a lot more expensive. We run as a profitable business today, and so for us it’s important to see a return investment on the marketing dollars that we spend. We basically operate to break even, but our aim is to be at that stage so that we can be masters of our own destiny and continue to self-fund. That constraint is always a challenge, more and more goes through the major platforms, and it’s become a lot more expensive overtime, and that’s also a perpetual challenge. The exciting thing for us is that it makes you focus and think about ways in which you can work around that and discover new channels.”

What 99designs has become:

“I spoke to you about the design contest model which is still a flagship product in that people know of us as being a great place to come and get your brand identity design, but we’re so much more than that today. We have a product where we can connect you directly with a designer, which we call direct work, so you can either browse profiles and use our search function to filter designers by artistic style, or industry, or you can also reach out to designers and ask them to quote on their job. So that’s a much more classic model.”

“The big reason why designers participate on our platform is to get access to clients, and we wanted to make sure that we can continue to support those relationships. So direct work started a follow-on to all, to allow people to continue to work together, and now it’s become nearly 40% of our business. It is a very important mechanism to us because of all of the data; over 500,000 design projects, we’re over a million projects in total across both categories. There’s a lot of rich data that we have that allows us to really do quite a good job of helping match the right designers with the right work. That’s really what this is all about, it’s connecting people to help each other with a creative problem. We’ve been able to take that platform and continue to evolve it.” 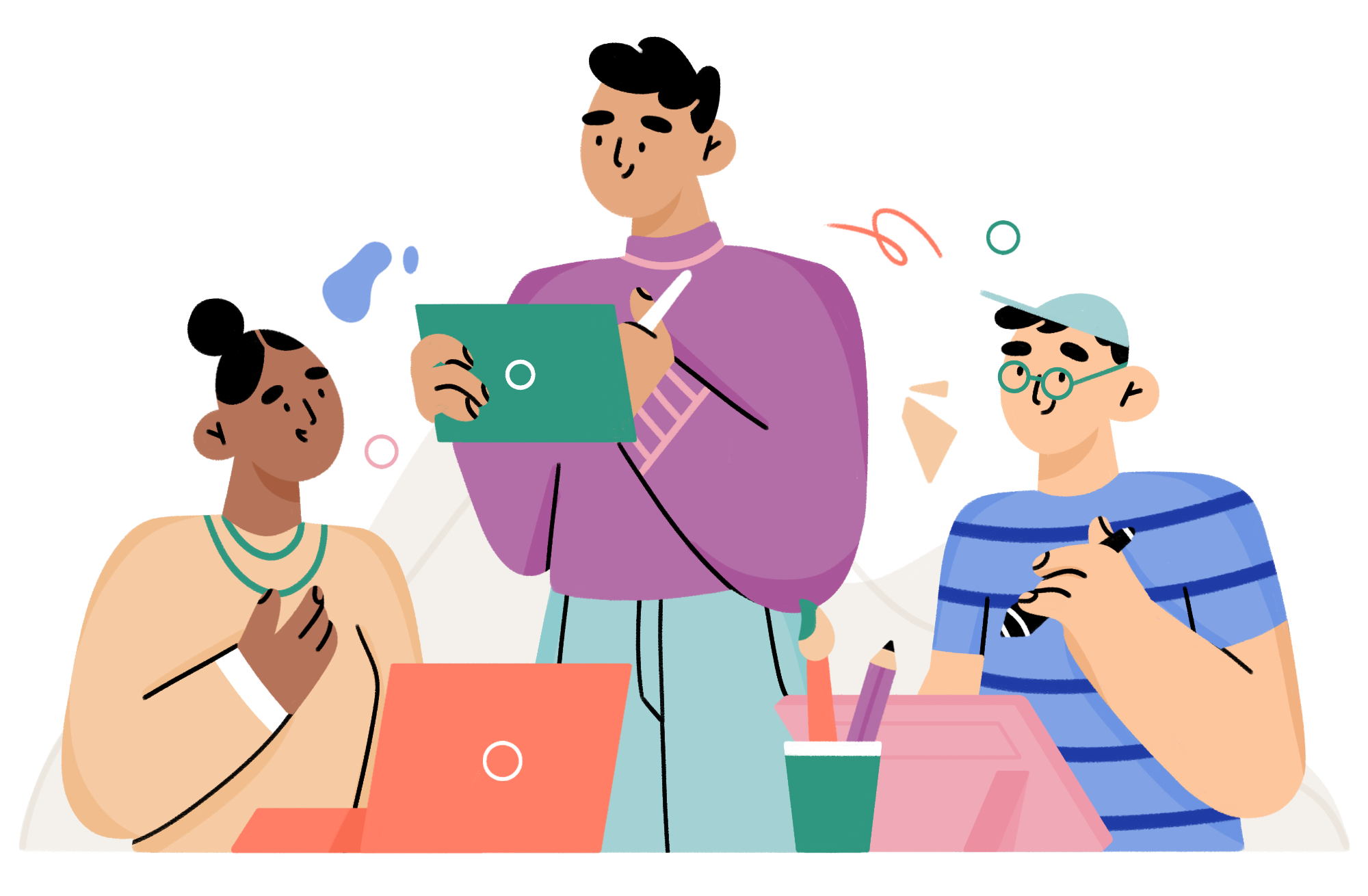 “What’s really exciting is that we still feel like we’ve really just begun, so we’re a 12 year old business today, but working online is really only still in its infancy, and whilst when we started we thought there were established players, the reality of it is that the market is still open. Most work still happens offline, and we see an enormous opportunity to break down boarders and really champion creativity, and be wherever someone needs to be to get creative help.”

“We think that creativity at its core is a human pursuits and that true creativity comes from people working together. Technology will support that but ultimately I think creativity will probably be one of the last things that are taken over because there’s something magical that happens when people work together to create something. There’s going to be a lot of automation that comes to the industry, but ultimately creativity is so much more than that physical aspect of doing, it’s the thinking, and the connection that comes, and that’s going to be really hard to automate.”