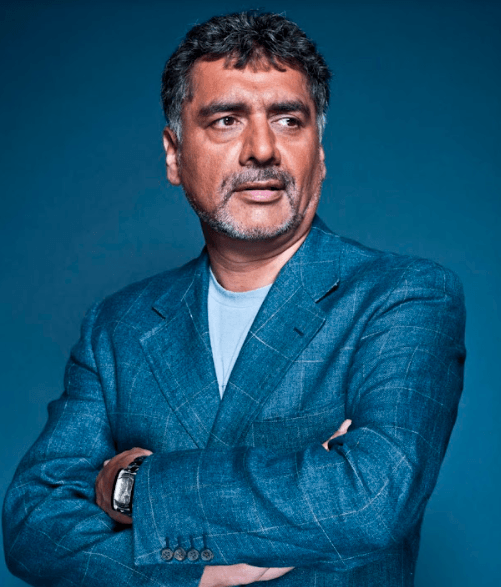 “Higher education is supposed to provide society with a reliable workforce. Today, it is failing to fulfil that basic function,” according to entrepreneur and former Dragon James Caan CBE.

“From the global AI skills gap to the manufacturing brain drain crippling semiconductor production in the US, universities are increasingly unable to generate the skills the world desperately needs.”

“Instead of offering an ever-expanding selection of dumbed-down, useless, and expensive courses, universities should focus on their civic duty; supporting the economy and preparing society for the future we are heading towards.”

“The world and the workplace are changing at an exponential rate, and it’s clear that the education system is failing to keep up. In the United Kingdom, GCSEs, A-levels, and the university curricula date back more than half a century, which results in a disconnect between the theoretical curriculum and its practical application to the modern workplace.”

“For context, A levels were established in 1951, the same year the first video tape recorder was created. These older education systems were created to prepare graduates for the job sector back then, in the pre-internet and pre-automation age. Nowadays, students themselves have little faith that attending university will adequately prepare them for work.”

“Within the United States, research revealed that graduates from 2019 delayed their entry into the job market, with 62 per cent planning to take jobs in a different sector, because their chosen ones were saturated. Additionally, only 11 per cent of business leaders believe that graduates are well equipped for the workforce, whereas only 14 per cent of Americans strongly believe the opposite.”

“Similarly, research shows a disconnect in what employers are looking for in graduates, versus what is taught in higher education institutions. While universities focus on the provision of practical and vocational skills, employers seem to emphasise more on soft skills such as interpersonal skills, personal values, ethics, in addition to the more generic skills.”

“Today, we have a workplace oversaturated with students who can analyse the cultural significance of a Netflix show, but virtually none who can program a neural network into an AI app. AI is one of the industries that promise to transform industries worldwide. However, one survey revealed that whilst 93 per cent of UK and US businesses consider AI to be a business priority, more than half (51 per cent) admit they don’t have the right mix of AI skills in-house.”

“Equally, the semiconductor shortage in the US is damaging America’s competitiveness and hampering growth. Beyond supply chain and raw material issues, an acute labour shortage threatens to block semiconductor production well into 2022. 67 per cent of North American manufacturing companies and 63 per cent of European companies claim that an inability to recruit staff is hampering production.”

“We’re always on the lookout for talented writers and welcome submissions.”

“The disconnect being created by higher education will only widen, as technology races forward, and lecturers struggle to catch up. In essence, universities must take the initiative to enable graduates with practical and technical skills that respond directly to employer demand.”

“Countries thrive and succeed based on the way they educate their people. Singapore is a prime example; the country has an education system ranked among the top 20 in the world, with a curriculum focused on more practical and in-demand subjects.”

“Economic giants such as the US stand to lose $1 trillion by 2030, with the significant decline in manufacturing skills. This talent gap will likely result in brain drain because a new generation of workers may be unwilling and potentially not skilled enough to take over, despite the industry’s significant contribution to the economy. Although, the more traditional 9 to 5 jobs in industries such as medicine and engineering are still over saturated with graduates that are not properly equipped to enter the job market.”

“Creating courses that actually reflect current and future societal needs should be prioritised. Governments should further invest in institutions that foster skills development and provide students with a wide range of transferable skills to encourage their flexibility.”

“Higher Education Institutions should also focus more on ‘soft skills’ and industries such as tech, cyber-security and other non-traditional jobs that we are increasingly relying upon. As industries change, Deloitte notes that these skills will remain evergreen into the next century.”

“In collaboration with companies, a combination of theory and practice that includes apprenticeships and internships during the course of their studies could bring fundamental change in education systems.”

“In essence, universities would take on the responsibility of not only educating, but training students as well. It is not just memory and research skills that should characterise education. Instead, universities should teach students to ‘learn how to learn’, and foster those soft and hard skills that are relevant for society today, not the skills society needed half a century ago.”

“The basic requirement is for a system that prioritises student outcomes – during and after their studies – and further ensures their job security in society. A better education system that produces employable graduates will lead to a more sustainable economy. The strength of our economies rests on the strength of our education system. Under the current status quo, we can expect the government balance sheet to remain firmly in the red.”

Tips for Buying a Restaurant

Perkbox to launch card-linking tech to its employee platform

What is Public Liability Insurance?