What Is Public Policy and Why Do We Need It? 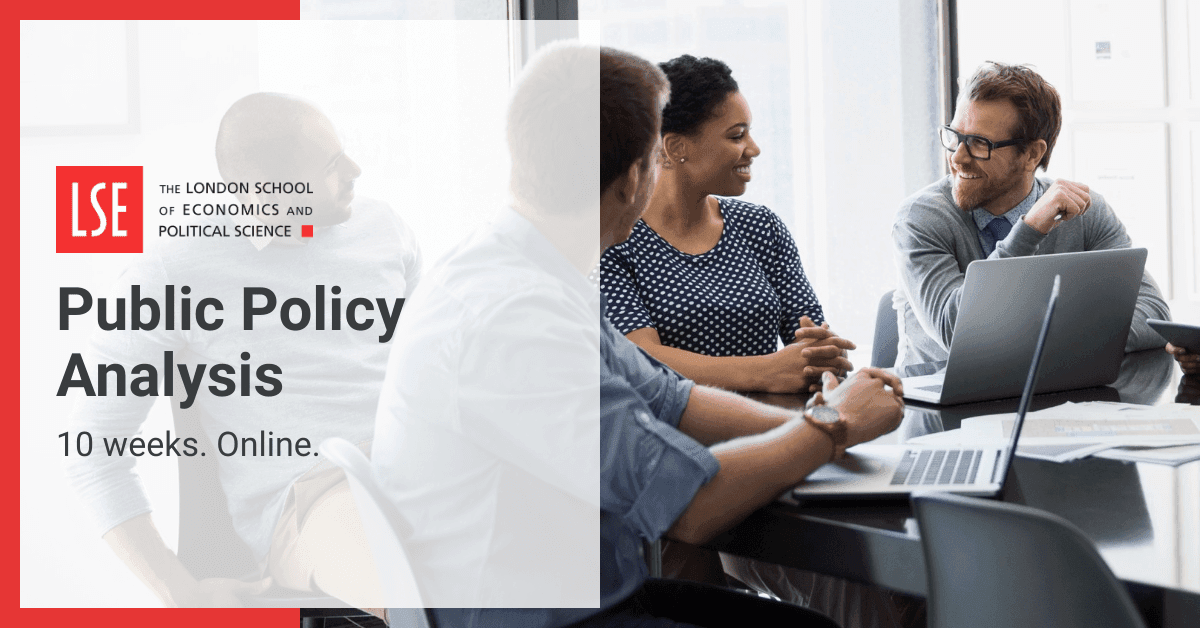 Public policy is a vital government function, helping to address challenges throughout society. They define government actions, typically instigated as a response towards common problems that have been raised to their attention.

Public policies come in the form of regulations and laws, created by the appropriate governing bodies within a specified area. The purpose of them is to maintain order throughout the society in which they are implemented, attempting to meet people’s basic needs and manage certain problems and challenges.

Public policies are the result of a multitude of individuals working together to help solve some of life’s most common issues. It’s an essential component in helping to keep an ordered, functional society that works for the people within it. The London School of Economics and Political Science (LSE), in collaboration with GetSmarter, offers a Public Policy Analysis online certificate course which educates participants on the process of producing and evaluating public policies to better understand their current roles within policy creation.

How Are Public Policies Made?

The process of making a public policy is ongoing, and can often at times be quite chaotic. Whilst there’s typically no definitive end or beginning to this process, those involved in policy making do generally tend to follow the following steps:

Throughout this first step into the public policy-making process, setting the agenda(s) helps the policy makers to clearly distinguish the problems the policy will attempt to address. Numerous different agendas may be explored before going forward with those selected as most appropriate for the policy.

The agendas for a public policy can vary depending on the nature of the problems attempting to be addressed. The agenda types can include, but are not exclusive to, the following:

Agenda-setting is an integral step of the policy-making process, helping to define the type of impact the policy is setting out to make within its society.

Throughout this stage of the public policy-making process, solutions to the problems finalised in the agenda-setting stage are then argued and shaped. Throughout this stage, intense negotiations will take place between various different factions, all with their own, and often opposing, wants and needs from this policy.

Throughout this formation stage, various different topics will be debated and interrogated in tremendous depth, including issues with budgets, constraint of either a political or a personal nature, and more. Even with policies where legislation has already been passed, the formation of the policy can continue to be shaped and then reshaped through suggested amendments.

The next step after the public policy has been formed is policy legitimation, meaning that these actions made by the government are considered by the public as both authoritative and legal. For example, in order for a policy to be legitimised in the US, it must be pushed through the legislative process, after which it is considered, and thereby can be implemented, as the law. This step helps to ensure that the policy is accepted by the society in which it is planned to be implemented in. People are able to reject a policy that they deem unacceptable.

Through this step, as the name suggests, the policy will be implemented throughout a designated, pre-planned area. Once a policy has been implemented into the public, it is then evaluated to see whether it has achieved its goals effectively. Public policies are periodically looked at to see if they are still relevant and effective in their benefit to society. As previously mentioned, policies can be altered via suggested amendments even after passing legislation.

The world is continually changing to be more connected and complex. Therefore, it’s now more important than ever to understand the impact of policies implemented by governing powers. Understanding their effect, and identifying where improvements can be made, can help to bring about more informed and effective policies, and therefore a more productive, better quality of life for the society governed by them.