She stated that she was “absolutely over the moon” and the possibilities of their partnership were going to be “endless”.

In the final showdown, Lord Sugar made it clear that her market was a “crowded market”, whereas her opponent was delving into something a little bit more unique. However, he was certain that she was “an expert” in her field.  As such, this was Lord Sugars first investment in a fashion business in the entire show’s history.

On her Instagram page, Gabbidon it has been a “rollercoaster” and she was very “overwhelmed” but nonetheless, “very excited”.

I DID IT… & what an absolute rollercoaster it’s been. Overwhelmed and still can’t believe it! – But VERY excited to start the sianmarie.com journey with @lord_sugar …thank you to everyone who has supported me along my journey ❤️

Sian Gabbidon founded her company, designing all of the swimwear pieces herself. The idea behind the brand stemmed from Sian’s own personal style. She stated that she was tired of ill-fitted swimwear for women, so decided to start a brand in which a customer can send in their measurements and have their swimwear made to order. 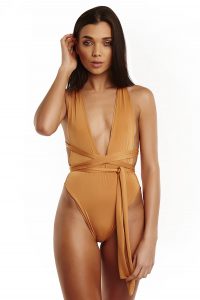 On her website she states that the inspiration came also because she was:

“Tired of having constant pool party outfit clashes she set out to create bold, bright and unique pieces perfect for party girls who go from waves to raves and love to make a statement!” 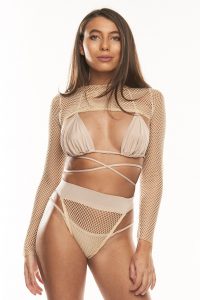 Her aim is to make women feel good about themselves, she told the boardroom. She also set out on this mission to empower women by letting them ‘make their own’ pieces through the use of reversible and multiway styles combined with a bespoke fit.

Who Did She Beat?

Obviously I would’ve loved to win HOWEVER I’ve got to give myself credit for being the youngest ever finalist in the shows 14 year history. I have huge goals for 2019 and a BIG announcement tomorrow. Thank you @lord_sugar for this incredible platform. Shout out to The Apprentice class of 2018… thankful to have met you all and shared this journey with you! #theapprentice ❤️

Sian beat her opponent Camilla Ainsworth to that £250,000 in the final round of the apprentice.

Ainsworth is a 22-year-old entrepreneur from Lancashire, to which, lord sugar made a joke about the final being the “War of the Roses” as Gabbidon, winner, is from Yorkshire.

Her business was centred around a milk alternative, called M+lk Plus. Her nut milk business, set up with the help of her father, found its inspiration when she found out she was dairy intolerant when she was working on a dairy farm out in Australia.

Camilla claimed that her UPS was that her milk alternative contained 15% nut, which is a much higher percentage than any other nut milk on the market right now. She claimed that this gave it a much more luxurious taste and offer a few interesting flavours, including Salted Honeycomb Hazelnut milk.

She did come across some criticism for her branding. She claimed that the splodges were meant to look like spilt milk, but a few people pointed out in the market research that it looked more like the body of a cow and this may put strong vegans off the product entirely. Furthermore, it was less obvious that it was a dairy-free option. 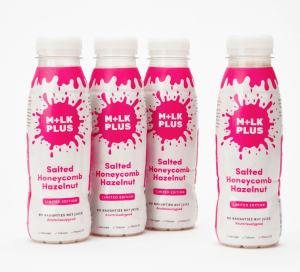 She was further criticised for her branding being “too sexual”, which is ironic when pitted against a swimwear brand. 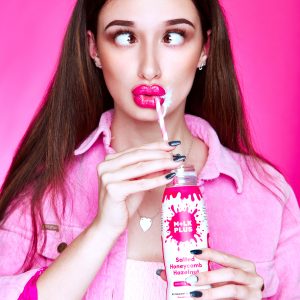