The future of payday loans 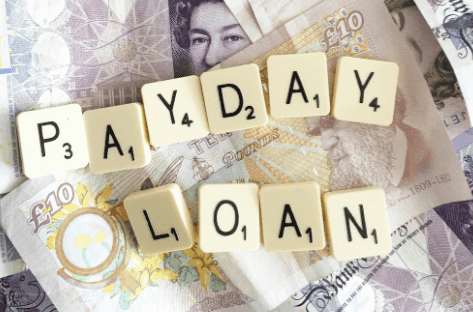 It is expected that the payday loan sector will change over the course of the next two to three years as the demand for particular kinds of loans is changing, as well as due to the implementation of new regulations in recent years, such as the Financial Conduct Authority’s significant reform in 2014/15 which imposed a cap on the cost of High Cost Short Term Credit. This regulation was a way of curbing certain lenders propensity to provide credit without clarity of the terms and conditions to borrowers about fees, leading many into a cycle of debt. So what can we expect the future of payday loans to look like? TechRound takes a closer look as to what is predicted to happen.

The introduction of long-term loans

There has been an increase in the number of credit firms providing ‘medium-term’ payday loans, and it is something we can expect to continue to grow. Whilst payday loans have been typically used to lend money to borrowers for a period of usually between 14 and 28 days, these new medium-term loans will be able to give consumers the opportunity to get finance for a far longer period of at least three, six, nine or even twelve months in total.

These new wave of medium-term payday loans by companies such as My Jar are more flexible than the original short-term payday loans online, see here for an example, as it enables customers to borrow a larger amount of money, but with a longer repayment term. Furthermore, borrowers also have the option to repay back their loan early if they want to, which can help to reduce the total interest they will end up needing to pay.

Reduction in number of lenders

The Financial Conduct Authority started to regulate payday lenders in 2014, meaning that all short-term loans are now capped at an interest rate of 0.8 %, and now no borrower will ever need to pay back more than twice what they have borrowed. This crackdown has led to a reduction in the number of payday lenders, and this is expected to continue in the future. The FCA stated that they expected that 99% of all the UK’s 400 payday lenders would end up being shut down over the next five years as a result of these caps on credit.

The Competition and Markets Authority implemented a new regulation in late 2015 that required lenders to publish in detail the terms and condition of their loans on at least one price comparison website for potential borrowers to view, as a way of helping to create a fairer and more competitive market. We can expect that there will continue to be greater transparency about loan contract agreement in the future, especially since the FCA added extra rules in 2016, which requires price comparison websites to allow users to specify their desired loan amounts, and not to give companies who provide higher commission more prominence. This is all to help ensure that borrowers have greater clarity as to the product they are buying and to ensure that they are making an informed decision prior to making a payday loan application.

Retail for Sportsbooks Could Never be Better