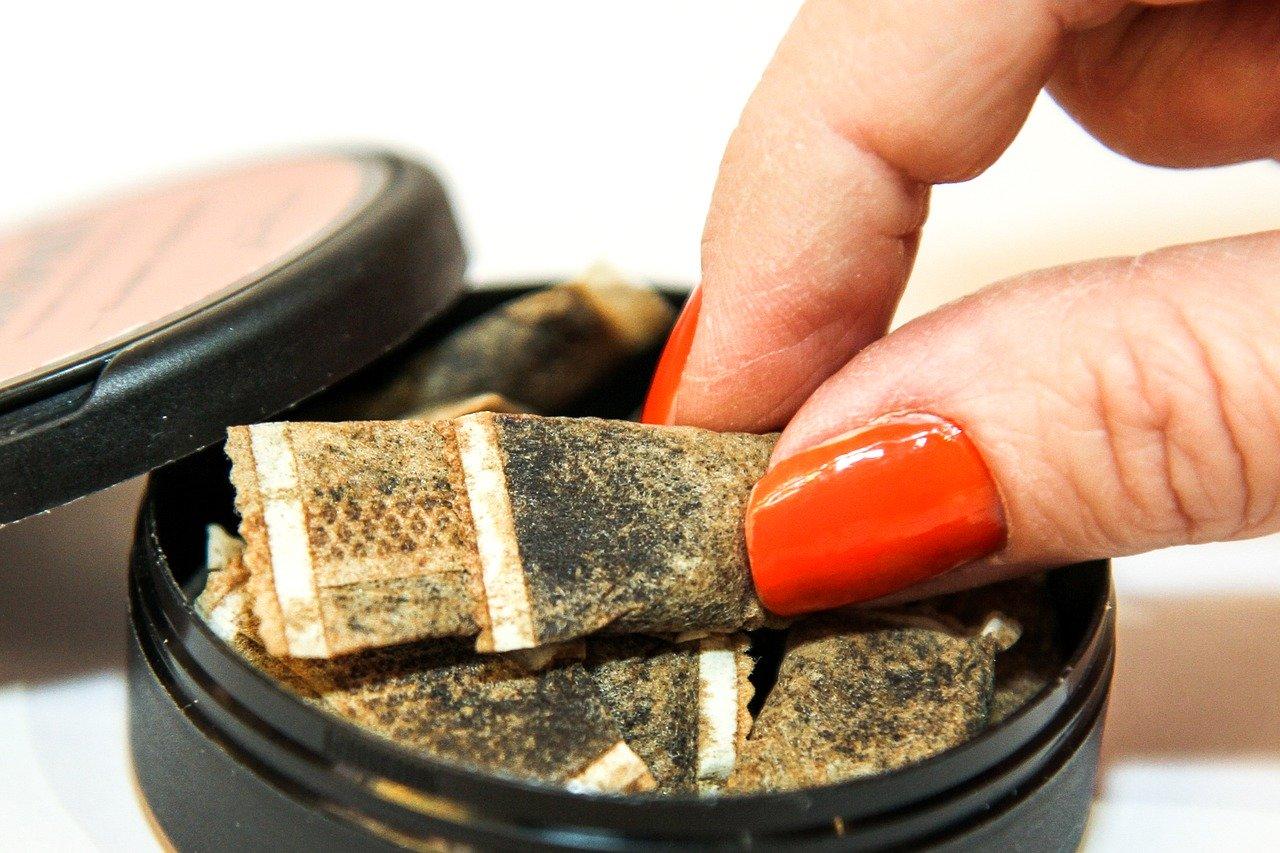 The UK Government has recently said they may “…consider in due course reviewing the position on Snus.” Currently, the nicotine product is banned in the UK and across the EU – except in Sweden, where around 1 million adults use Snus. It is also the most commonly-used tobacco product in Norway. Similar smokeless products are used in the U.S.

The European Union banned the sale of Snus in 1992, following the publication of a World Health Organization (WHO) study which concluded that “oral use of snuffs… is carcinogenic to humans.” 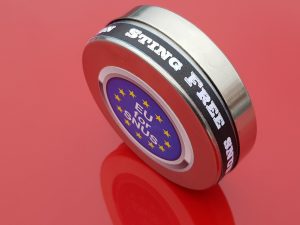 Snus is a smokeless, moist tobacco product originating in Sweden from a variety of dry snuff, which is made from ground or pulverised tobacco leaves. You place it under your top lip and it delivers a swift, strong nicotine hit. It is available in loose powder form and also comes in pouches, the most popular method of consuming it. Users can choose from various flavours such as spearmint and cola and there are also different strengths. You don’t burn it, and you don’t have to spit when you use it, unlike American dipping tobacco.

How widely-used is Snus in Sweden? 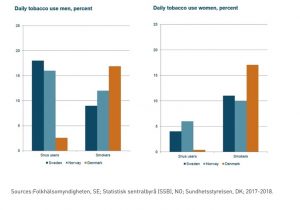 Swedish men are far more likely to use Snus than women

Over the last few decades, the long term trend is that Snus sales have increased over a long period of time, while cigarette sales have declined. According to a 2003 review in the BMJ journal Tobacco Control, 40 percent of Swedish males smoked daily in 1976, compared with 15 percent in 2002 – and now the figure is 9%.

Snus is considered to be ‘less harmful’ than cigarettes; but ‘less harmful’ is certainly not the same as ‘safe’. Erika Sward, assistant vice president of national advocacy for the American Lung Association, says that Snus is better than smoking but points out that, “It’s difficult to say that something is as toxic for you as smoking a cigarette unless you’re starting to talk about ingesting cyanide or rat poison.” 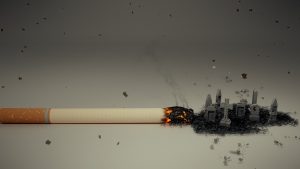 Cigarette use is more harmful than Snus use

The Snus tobacco is not burned, and no smoke is inhaled, meaning that some of the worst effects of smoking are avoided.

Currently, the warning on Swedish snus boxes says, “This tobacco product damages your health and is addictive”, despite attempts by Snus makers to put on the labels that snus is safer than cigarettes.

Does Snus increase your risk of getting cancer?

The WHO declared in 1992 that Snus and other similar products made from snuff are carcinogenic – leading the EU to introduce the ban. However, Snus is certainly less carcinogenic than cigarettes.

While the link between inhaling smoke from nicotine products and diseases such as cancer and diabetes is indisputable, studies investigating the impact of Snus on general health and cancer risks are less conclusive. Some studies find a specific cancer risk connected to Snus use, and other studies find the opposite.

For example, two studies that included Snus specifically found a moderate risk increase of pancreatic cancer while two other studies found no association.

Studies of the relationship between Snus use and oral cancer are similarly mixed. One found that the risk of oral cancer for smokeless tobacco users is less than that of smokers, but more than that of people who don’t use tobacco. Another made a much stronger link.

It will likely take some time before a general consensus is reached about the true extent of the health risks associated with Snus and the EU is unlikely to lift the ban until this happens.

Is Snus a gateway to smoking or a method to quit?

There are concerns that Snus could be a “gateway” to cigarette smoking, by hooking young people on nicotine, but although it is just as addictive, the data does not appear to suggest this.

According to the Swedish National Board of Health and Welfare’s Public Health Report published in 2005, the use of Snus in Sweden has helped to reduce smoking; for every Snus-user who starts to smoke, there are four smokers who replace smoking with Snus.

Over half of Snus users in Sweden are ex-smokers. Without Snus, advocates argue, these people might still be smoking. The net effect of this is positive from a public health perspective, because the health risks of smoking are undoubtedly higher than those attributed to Snus.

Sweden has the lowest mortality rate attributable to tobacco in Europe. 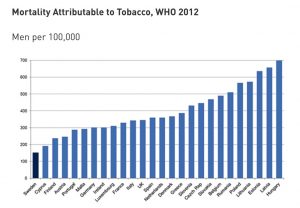 So will Snus be legal in the UK soon?

The New Nicotine Alliance UK recently issued a press release calling on policymakers to lift the EU-wide ban on the product, and are lobbying to convince the UK Government to make changes.

The UK Government’s recent statement on the matter was vague, but it is certainly not impossible.

An Interview with Emma Sayle, CEO of Female Empowerment Company The KK Group