75% Of Workers Say Their Spouse Couldn’t Explain Their Job 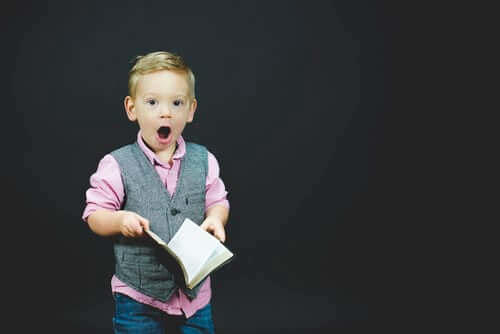 It turns out that a lack of understanding from friends and family causes UK workers to feel lonely and isolated in their careers, with nearly three-quarters of people (71%) having been forced to ‘dumb down’ their work when explaining it to partners, family or friends, to avoid an argument:

A new survey by CWJobs has revealed that a lack of understanding from friends and family about people’s chosen careers can lead to loneliness, frustration and in some cases, divorce.

Can’t Work It Out: People Dread Discussing Work, Leading To Lack Of Understanding

They say a problem shared is a problem halved, but the report suggests that we’re dealing with our problems in isolation and are unable to communicate fully with our nearest and dearest. Over 59% of office workers dread explaining their job to friends and family, rising to 74% amongst Millennial workers.

The issue is at its worst in the tech industry where 76% of these people dread the discussion of work with their social circle. 75% of UK workers even claim their spouse could not explain their job to another person. In fact, couples are more likely to know the PIN to their partner’s phone (40%) or their favourite band (38%), than understand what they do for a living (30%).

If You Can’t ‘Talk Shop’ Your Mental Health, Relationships And Work May Suffer

The impact of this lack of understanding is not superficial, it can impact mental health, the ability to deal with issues at work and your relationships. People clearly want to speak to loved-ones about their work as 91% say they regularly speak to their other halves, and 64% speak to their friends and family – but the interaction is not always beneficial.

2 in 5 workers reported that their friends and family switch off when they speak about their job, leaving people frustrated (23%), annoyed (22%) and lonely (17%). The upset created by this disengagement is felt most in tech and IT (56%), property (49%), engineering and financial services (45% respectively). A third (31%) of UK employees resent the fact that their friends and family think the money they make is more important than their actual career and 1.4 million Brits even said discussing work had led to their relationship to end in breakup or divorce.

This is worrying when you consider the benefits people gain from being able to open up at work. Of those who did feel able to talk about work freely and openly, 32% benefited from a fresh perspective, 30% said it had helped resolve an issue at work and a further quarter said it helps maintain good mental health. In more performance-related news, 29% said that ongoing support at home had helped them secure a new job, a pay rise or negotiate a promotion.

Who Is Impacted The Most?

The most misunderstood industry is IT and tech, where workers report the most negative impact from friends not understanding what they do due to the complexity of their roles. The majority of UK tech workers (81%) have said that they’re asked to fix technology they’re unfamiliar with – 55% saying that they’re asked at least once a week! A further 50% feel stereotyped by their job; the most common assumption being that their office is full of nerds – just like the IT Crowd.

Commenting on the report, Dr. Julia Yates, Professor of Psychology at The City, University of London, says: “Communicating about our work with our loved ones is valuable for our relationships and for our mental health. But as our roles become more and more specialised, it can prove frustrating as our friends and family don’t readily understand the ins and outs of our jobs, and sometimes don’t seem all that interested. The CWJobs research has uncovered some of the specific challenges that we all face, offering some important insights for those striving for better communication.”

Dominic Harvey, Commercial Director at CWJobs, comments on the report; “Work-life balance is something we all strive for. When we get home, we often take the day’s stress with us, and as reported above, a problem shared is often a problem halved. This is why we’ve researched the phenomenon of ‘misunderstood jobs’ to create awareness and look to support those frustrated at home by their jobs. Communicating about your daily work stresses with your family and friends can make you feel heard and alleviate feelings of stress or isolation.”

Spouse can’t explain what you ‘do’ to bring home the bacon (or aubergine if you’re vegan)? Get in touch and tell us your story…