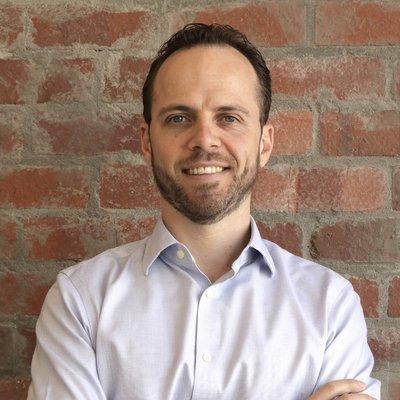 Luno the leading cryptocurrency firm has seen a significant change in the way digital assets have been exchanged, traded and used through 2019 which sets up 2020 to be a very exciting year for altcoins.

The theme for 2019 was a move from dramatic speculation led volatility to a relatively more stable environment with traders using altcoins to diversify their investments, providing potentially higher returns as markets moved to risk-off positions.  This was in part brought about by the take-up of coins by a greater number of institutional investors, which balanced out short-term speculators with longer term strategies.

Cryptocurrencies have slowly become part of everyone’s financial landscape which leads us to our three main predictions for 2020.

With the crypto space maturing rapidly, regulators around the world are already accelerating their efforts to either embrace or regulate against cryptocurrencies.  This escalation in pace was definitely motivated by Facebook entering the space with its Libra project.

In 2020, we expect to see this continue. We will also see a number of guidelines planned for next year come into effect. In October, the G7 group of nations outlined the need for stablecoin regulation, implying that guidelines or laws may be produced next year. Japan also passed a bill in May that will reinforce its existing cryptocurrency laws, coming into force in April of next year.

One major regulatory development coming next year is the introduction of the 5th Anti-Money Laundering Directive.  For firms buying and selling crypto-assets, the 5th Anti-Money Laundering Directive (5AMLD) will require them to register with national financial regulators. It also states minimum requirements for AML processes, similar to those we see with traditional asset classes.

The specifics of how these regulations will impact the space are hard to predict.  There will, however, be lessons to learn for best regulatory practices that other regions can emulate if successful.

A charge long-levelled against Bitcoin and other cryptocurrencies is the lack of opportunity to actually use them. Throughout 2019, we saw this change rapidly, with new start-ups such as Flexa introducing slick crypto-payments platforms for retailers.  More importantly, there was a diverse array of retailers both big and small, willing to integrate their services. Among them were Whole Foods Market, Office Depot and Nordstrom, to name but a few.

In 2020, we expect this trend to continue.  Starbucks, for one, has announced that they’ll be integrating Bakkt’s crypto-payment service in the first half of 2020. Starbucks owns almost 30,000 outlets across the world.  Will such a major player integrating Bitcoin motivate other retailers to go for the process?

We should see more institutional investors – banks, hedge funds, pension funds, endowments, buying into cryptocurrencies as they diversify their portfolios and finally have the professional machinery to do so.  Bakkt got off to a slow start when they launched its Bitcoin futures exchange in September, but has since witnessed steady increases, trading a record 2,469 futures contracts on 22 November.  This growth should continue into 2020, potentially inspiring similar projects and competitors to offer a similar product. It also provides more options to institutional investors and traders.

In 2020 we have a number of major events which allow cryptocurrencies to transition into a new role in global financial services.  The flagship project for this change has been Libra. The Libra project has drawn criticism from all sides, with regulators lining up to grill Facebook CEO Mark Zuckerburg and Libra CEO David Marcus. Despite the bashing, they have persevered. In October, 21 organisations officially signed the Libra Association charter at the project’s inaugural meeting in Geneva – Andreessen Horowitz, Vodafone, and Uber among the many big names.

The project is developing rapidly.  Forty wallets, tools and block explorers plus 1,700 GitHub commits have now been built on its blockchain testnet that’s seen 51,000 mock transactions in the past two months.  Libra nodes that process transactions are now being run by Coinbase, Uber, BisonTrails, Iliad, Xapo, Anchorage and Facebook’s Calibra. This puts it on track to deploy its mainnet in 2020 as planned – regulatory concerns permitting.

With Libra planning to sign up to 80 more members to the project, its potential impact is tremendous.  It’s really a question of ‘when’ rather than ‘if’ and it is a game changer for the sector.

There will also be a halving, which is a recurring event in which the number of Bitcoin rewarded to miners are cut by half.  They are programmed to take place every four years, or once every 210,000 blocks until the year 2140 when all 21 million bitcoin are estimated to have been mined. These four years are now almost up, with the next halving set to take place in May 2020.

This halving will see the block rewards fall from 12.5 to 6.25 Bitcoin. Experts believe that this increases demand for the cryptocurrency by further restricting supply. And the last Bitcoin halving in July 2016 preceding Bitcoin’s epic 2017 bull run.

However, the cryptocurrency space has matured since then, with the traditional financial industry and some of the world’s biggest technology companies taking an interest in Bitcoin. That makes this halving more unpredictable than ever, with no guarantee that there will be another bull run as in 2017.

In addition to these trends we will be following the development of crypto in Asia.  We have seen Malaysia welcome crypto companies back into the region (including Luno), while South Korea and Thailand have also started to implement new regulations that should pave the way for the advancement of crypto.  There are rumours that in 2020 could see China make a big move in the space with the introduction of it sown digital currency.

It was China that really dominated the headlines though, as the government appeared to warm up to the idea of blockchain technology – if not strictly speaking cryptocurrency itself. First, President Xi noted in a speech that “We must take blockchain as an important breakthrough for independent innovation of core technologies.” Chinese censors then began to remove online posts claiming that blockchain technology is a scam, while at allowing promotional posts. With rumours circulating that the country will launch its own coin.

India, another country initially directly opposed to crypto also appears to be changing its position in November, Sanjay Dhotre, minister of state for electronics and information technology in the government of India, claimed that a “National Level Blockchain Framework is being prepared” considering the technology’s potential and different use cases.

Finally we will see the launch of the long-awaited Ethereum 2.0, codenamed Berlin, we could see the death of ICOs and many people will sit on the fence over privacy coins.

2020 will be a very important and exciting year for cryptocurrencies and Luno will be leading the way for its customers.