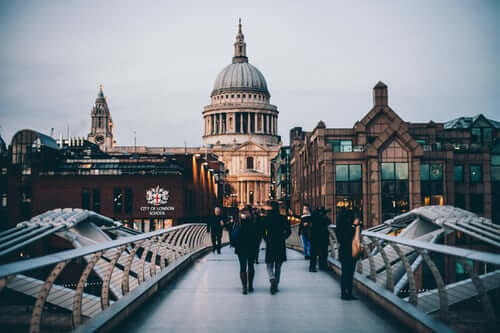 According to the latest rental market analysis from deposit replacement scheme, Ome, London has been the most affordable city for renting in England and Wales over the last five years when taking into consideration the increasing cost of renting.

Ome dissected rental market statistics from the Office for National Statistics (ONS) across 19 major cities in England and Wales to see how the cost of renting in each area had increased over the last five years, as well as the average yearly increase during that time.

The data shows that as a whole across England and Wales, the cost of renting has increased by 8% in five years; increasing by an average of 2% annually.

While London remains the most expensive region for flat out rental costs (£1,697), the city has proved the most affordable where rental increases are concerned. The average rent in the capital has increased by just 1.3% in the last five years, an average annual increase of just 0.3%.

Leicester has seen the largest increase in rental costs with tenants seeing a 26.8% increase in the last five years, increasing at a rate of 6.1% a year.

Not only has London seen the lowest increase in rental outgoings, the capital has also seen a reduction where the initial financial barrier of renting is concerned.

With the recent ban on tenant fees capping rental deposits at five weeks rent, the cost of a rental deposit in London has actually declined -11.4% in the last five years, down -2.9% a year on average. Of course, this still requires tenants to stump up an average of £1,958 and this remains the largest deposit sum across England and Wales.

Cardiff, Newport and Leicester have seen the largest increases in the initial cost of a rental deposit, up 2.8%-5.9% on average each year with a total increase of 10.9%-25.2% over the last five years.

“The high cost of renting in London is nothing new and while many tenants object to this cost, especially in the current climate, it’s important to remember that in normal circumstances the vast majority of London renters also benefit from higher wages when compared to elsewhere across the nation.

When you couple this with the fact that rental costs in the capital have seen the lowest increase over the last five years when compared to other major cities, there are at least, some positives to take when it comes to living in the London rental sector.

You could argue that tenants in Leicester, Oxford and Cardiff have however had a far tougher time, with the cost of renting increasing by twenty-five percent or more in the last five years. While the actual cost of renting may come in below that of London, this aspect remains relative to the area and the earnings available and so tenants in these cities have been squeezed to a greater degree than their counterparts in London.”