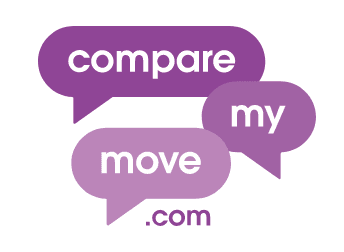 0 shares
Compare My Move expose the hidden cost of moving house in the UK region by region, and highlight how the recent change to Stamp Duty is win and lose for first time buyers.
New research reveals that UK homeowners spent £9.7 billion (£9,746,745,840) on moving house in 2017, with the average UK homeowner facing £9,580 in additional moving costs.
Removal company comparison website Compare My Move revealed the gure by feeding the latest of- cial UK housing data through a newly released Cost of Moving House Calculator. Compare My Move developed the tool to help prospective home owners uncover hidden costs involved with purchasing their dream house.
The gure takes into account a range of extra costs accrued when buying and selling a house, including conveyancing, surveying and estate agent fees, stamp duty, removal costs and xed fees such as an Energy Performance Certificate.
The figures reveal the hidden extra costs for homeowners and first time buyers alike, and highlight how the recent changes in Stamp Duty threshold affected first time buyers in 2017.

Key findings at a glance:

• UK homeowners collectively spent £9.7 billion (£9,746,745,840) on moving house in 2017. • The average UK homeowner spent £9,580 on extra costs when moving in 2017.
• London is revealed as the most expensive region to move house in 2017, costing existing
homeowners an eyewatering £28,714 in extra costs.
• First time buyers also suffer in the capital city, bearing the brunt of £7,765 in extra costs.
• The North East stands as the cheapest region to move house, costing home owners £5,058 on average.
• Even with the recent news on the cutting of Stamp Duty below £300,000, first time buyers in the UK still have to fork out an extra £1,561 when moving to their first house.
• The research nds that rst time buyers in North East and Scotland haven’t seen any bene t from the new Stamp Duty threshold.

The Regional Costs of Moving House: Not All Moves are Made Equal

Of course, not all moves are made equal, and the costs of moving house varied region-by-region in 2017. The average cost of buying and selling a property in London tops the regions, costing existing homeowners a massive £28,714 in extra costs in 2017. As a comparison, the average homeowner in England spent £10,465 to move house last year.
The average moving costs in Scotland and Wales were less, but still daunting at an extra £6,032 and £6,246 respectively. The cheapest area to move house in 2017 was North East England, with house owners spending an extra £5,058 to move house.

Leasing vs Buying a Car for Your Business

Are the $600 Stimulus Checks Helping Americans?