What is Initiative Q? 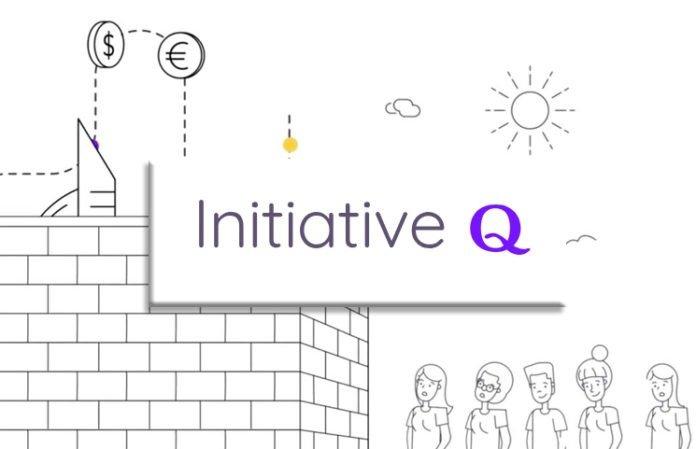 A new form of cryptocurrency has emerged called Initiative Q. It calls itself “tomorrow’s payment network”. There has certainly been a lot of buzz surrounding Initiative Q on social media and in the financial news and its offer of ‘free money’ in the form of a new currency Q.

Initiative Q is offering users free Q in order to entice people to join their network. As well as this if you sign up, you will not only be receiving free Q, you will also receive a pretty hefty referral bonus for encouraging your friends and family to also join.

In fact, to join you need to be invited by someone else but do not fear. There are many people who are posting their referral codes on Initiative Q’s Facebook and Twitter pages. 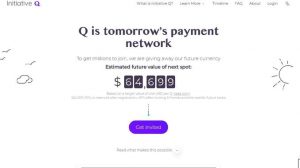 As it is so new, MoneySavingExpert founder Martin Lewis stresses that we cannot guarantee that Q will be worth literally anything at all in the future. The founders have a current target of $1 USD per Q and there is little harm in signing up if you are interested in cryptocurrencies – he simply advises not to buy your life savings worth in Q’s.

How does initiative Q work?

Initiative Q claims to be a new payment system, including the currency Q. It was founded by a number of people, including entrepreneur Saar Wilf who sold his fraud detecting business to PayPal in 2008 and economist Lawerence White. They claim to collectively bring lots of cutting-edge technology in order to “create a flexible, easy-to-use and rather inexpensive payment network”.

At present, Q is not currently worth a penny, but Initiative Q is hoping that eventually, one will be worth $1. The platform suggests that its offer of free Q’s to early adopters will help to build and establish the network. In just the initial weeks of launching, they claim to have already had two million users signing up

Naturally, there have been several comparisons between Q and the famous Bitcoin as well as other cryptocurrencies currently on the market. 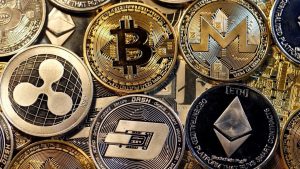 And as mentioned, the only way accumulate Q’s at this moment in time is through a referral from another signed up user. You cannot currently buy them.

Once you have been invited and you have officially signed, the person who has invited you will be responsible for approving your registration. The reasoning behind this, says Initiative Q, is to make sure that they have real people signing up, rather than bots.

On the Initiative Q website, it says that if you sign up now and complete a variety of tasks you could be awarded over 48,000 Qs.

It then says that the Qs you have built up will be gradually released to you if and when the payment network is up and running officially. According to the platforms timeline, this may not be until 2021. You should also keep in mind that it may actually never take off, but signing up now will mean you have not lost a penny since the Q’s are free.