The Advantages of Using a Lottery Messenger Service 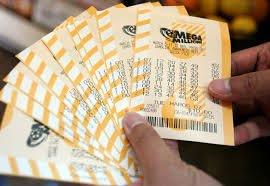 When the American Powerball lottery offered a record-breaking $1.58 billion jackpot in January 2016, people all over the world fantasised about winning that incredible prize. Lottery fever again swept the globe when Powerball’s jackpot rose to $758.7 million in August 2017. People everywhere wanted to play the lottery.

Unfortunately for these lottery enthusiasts, it is only possible to purchase official Powerball tickets if you are physically located in the United States (in one of the 44 states and three territories where tickets are sold). Even Canadians must physically cross the border if they wish to purchase tickets and play the lottery. 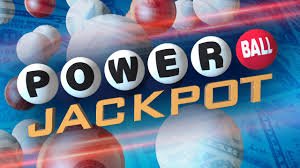 Luckily, it is possible, and totally legal, to employ an independent third party service that takes customers’ orders, and payment, and then buys the official lottery tickets on its customers’ behalf. Lottery players fill out their tickets online as if they were standing at a lottery retail shop and submit their orders. The lottery messengers then go and actually purchase the physical lottery tickets. It is also customary for the tickets to be scanned and uploaded to players’ online accounts so that they can see them before each draw.
The lottery messenger service charges its customers a nominal service fee, in addition to the actual price of the ticket, however customers retain all of their winnings with no commission deducted.

An example of such a lottery messenger service is theLotter, which offers tickets to over 50 of the world’s leading lotteries including the Powerball. The messenger service method works, as demonstrated in the much publicised winnings of some of theLotter’s customers. The story of a man from Iraq who won a $6.4 million jackpot playing Oregon Megabucks in August 2015 went viral and was reported in the Daily Mail, on NBC television, in the Associated Press, and by the New York Times.

Another alternative that has attracted more than a million UK lottery players tempted by the big bucks on offer overseas is LottoGo. Originally introduced back in 2011 under the name World Lottery Club, it provides easy access to international jackpots, including the Mega Millions and Powerball. It also hosts a range of casino games including slots, roulette, blackjack and even bingo.

After conducting a thorough legal review, the Oregon Lottery stated that it was completely legal for foreigners to win jackpot prizes when playing the lottery from overseas. That approval can also be understood to be a green light for the lottery messenger service business model.
The advantages of using a lottery messenger service are quite clear. The service allows customers all over the world to play their favourite lotteries, especially when huge jackpot prizes are up for grabs. Customers can play the lottery without the need to stand in line to physically buy tickets. Lottery tickets are never lost. Instead, the tickets are scanned and safely stored for the customers, eliminating possible fears that the service will run off with the prize money.

Lottery prize money is paid out directly by the official lottery operators. When tickets win secondary lottery prizes, the lottery messenger serves as an intermediary, collecting them on the customers’ behalf and transferring the winnings to customers’ accounts.
And finally, opening up local lotteries for global game play increases the amount of funds donated by the official lottery operators to charitable causes, which is, after all, the whole purpose of staging lottery draws.

How Technology Is Disrupting the Banking Industry