The Innovations of the Kardashian Brand

When we think of the business of social media, one family-force comes to mind: the Kardashians. Like it or not, this entrepreneurial bunch have changed the course of marketing in the digital age forever. The most notable (and wealthy) of the bunch, Kim Kardashian West and Kylie Jenner, have some of the largest social media followings in the world, and are the top experts in the field at using that to their advantage.

Something of a personality cult, the Kardashian brand has harnessed the method of marketing a product by using their own celebrity image. This by no means suggests that they are the first celebrities to use their social status to sell a product, but they are the certainly reputable for achieving this scale of success. Each individual has their own brand which is, by blood and by name, tied into the Mother Brand ‘Kardashian’ – one person’s marketing ploys and business endeavours add to the success of the other members’. It is a tight network of mutually reinforcing businesses, and it works. 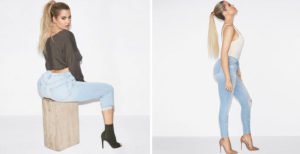 It doesn’t work to distinguish the Kardashians’ product-based businesses from their personality-based ones because they are so uniquely intertwined. It is not a lateral relationship spanning from celebrity to successful product, it is largely circular: their products, which are dispersed by celebrity outreach, also allow for the building of successful cultural narratives surrounding Kardashian personhoods. For instance, the clothes brand ‘Good American’, co-founded by Khloe Kardashian, strives to cater for women with ‘curvier, stronger shapes’, thus aligning Khloe’s own celebrity-self with body positivity and, by extension, increasingly popular feminist beliefs. In this way, Khloe has finely-tuned her image and her product to create an authentic, reputable brand.

The Press and Social Media

As we all know, the Kardashians attract just as much, if not more, negative press than positive press; but do they let this harm their brand? Sometimes. Kylie Jenner’s careless examples of culturally appropriative behaviour have gone far to harm her reception by many, and quite rightly so. This does not change the fact that she has a staggering net worth of approximately $50 million at just 20 years old.
Success is not all about monetary milestones, however; longevity is vital to the overall success of a business, and proving social awareness is a fundamental aspect of maintaining customer support when your outreach is so vast. Whilst their mistakes are forever documented by their own doing, their vastly-followed social media platforms allow for instantaneous and direct communication with fans and followers, making for a reciprocal relationship through which to address controversies and successes alike. The era of clinical and insincere press statements has been quashed by the Kardashian-style harnessing of New Media.

By far the most culturally significant persona of the Kardashian-clan is the social media royal highness herself: Kim Kardashian West. I say ‘persona’ because the actuality of any Kardashian, or celebrity for that matter, is hard to accurately discern. Regardless of this, she is a vitally important figure – but why? 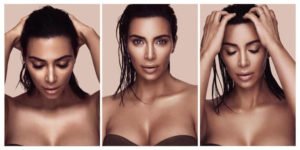 Firstly, Kim Kardashian is important because her success is rooted in the overturning of a history of women being sexually exploited by an overwhelmingly misogynistic global media. Kardashian, who fell victim to the widespread exchange of revenge-porn by her ex-partner, has markedly capitalised on the very media that abused her by launching a multi-faceted business that is, when orchestrated with the best intentions behind it, a force for promoting female self-love and for attacking the archaically puritan expectation that respected women must be stiflingly modest.
Even more important to her brand today, Kim is fronting herself as the owner of multiple businesses; including her new launch of her company KKW Beauty, which is currently selling makeup products and a perfume line that has been 10 years in the making. Other businesses she works on and profits from are ‘Kimoji’ (Kim-K-themed downloadable emojis); ‘Kim Kardashian: Hollywood mobile game’ (which has been downloaded over 40 million times); and her widely-selling selfie book Selfish.

The Kardashian sisters have taken the technology bull by its horns in a way beyond comparison; most of them have popular apps which spread and promote their name and likeness which generate astounding traffic. According to figures produced by Apptopia, Kylie Jenner’s official app was downloaded 1.75 million times during the first week of its release. 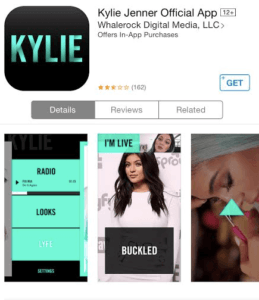 Kim Kardashian has been reported to have a net worth of over $175 million and climbing. These are truly powerful women, who have each other to thank for their groundbreaking success. Gone must be the era of underestimating good-looking women and social media moguls: it’s time to give the Kardashians the entrepreneurial respect they so thoroughly deserve.

What is Employer’s Liability Insurance?

Five Mistakes to Avoid on Your Self-Assessment Tax Return