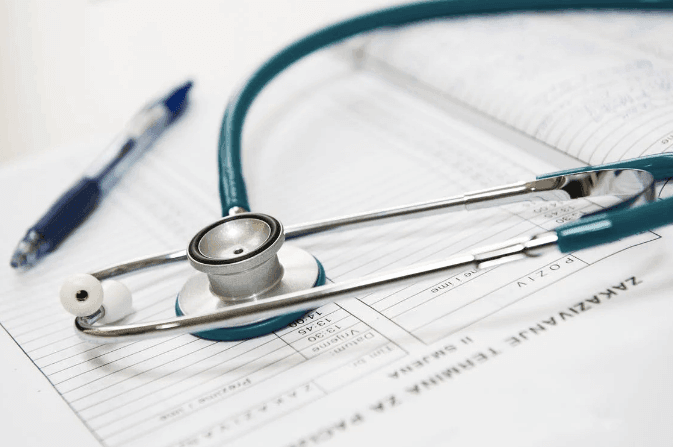 As we continue to tackle the spread coronavirus, the healthcare systems of countries around the world have become an essential tool in managing the pandemic’s impact on human life.

This has put enormous amounts of pressure on many different healthcare systems, testing their capabilities to provide sufficient care during a time of such unprecedented crisis.

However, while healthcare facilities all across the globe have been met with overwhelming demands, the ways in which certain countries have responded to the pandemic has differed drastically – some failing to act early enough, with deadly consequences and heavy public scrutiny.

On top of this, the delivery of vaccinations for COVID-19 now also drastically differ from country to country, reports showing Israel’s Vaccine Success, while others forecast certain countries won’t get widespread coverage even by 2023.

With so many different healthcare systems tackling the same global issue – all with varying predicted outcomes, benefits and pitfalls – some have started to compare these systems, wanting to learn more on how each country cares for the health of its population.

With this in mind, here, TechRound gives an overview on how healthcare systems operate in different countries. 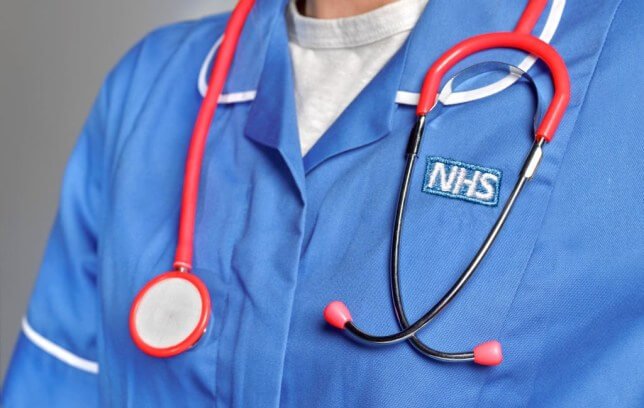 In the UK, we have the National Healthcare Service, or NHS for short. The NHS is government funded, paid for mainly through taxes, and can be used by everyone living in the UK. The NHS covers the following areas of care:

Those eligible can use the NHS for medical and healthcare services, without having to pay the full cost of them. Some services provided by the NHS are free, however, not all care is available at zero cost. There are certain circumstances where out-of-pocket spending is required.

In the UK, there are different NHS systems, the Welsh Government, the Scottish Government and the Northern Irish Assembly all managing their own healthcare services – NHS Wales, NHS Scotland and the Health and Social Care services (HSC) respectively.

Each of the UK’s government funded healthcare services are offered to those who are eligible free “at the point of use (or delivery)”. For example, a UK resident can go to the GP to see a doctor or nurse to diagnose/treat an illness they have for free.

However, as a representative from MedicareWire explains, not all NHS services are free, and the services offered can vary depending on where you are within the UK. For example, certain people that use NHS England are required to chip in for part of the cost of their prescription, whereas in other regions (e.g. Scotland, Wales and Northern Ireland), the government funds these prescriptions so those using the services don’t have to.

How Is the UK Dealing With COVID-19?

Towards the start, the virus had a heavy impact on the UK, with PM Boris Johnson opting against mass closures weeks after European countries went into lockdown.

However, today the UK’s coronavirus vaccination roll-out is making impressive moves forward, being the first western nation to begin vaccinating, with over 14.5 million in the country now having received their first dose.

The UK is also currently in lockdown, Boris Johnson recently claiming the plan to ease these restrictions is “cautious but irreversible”.

The US Healthcare System 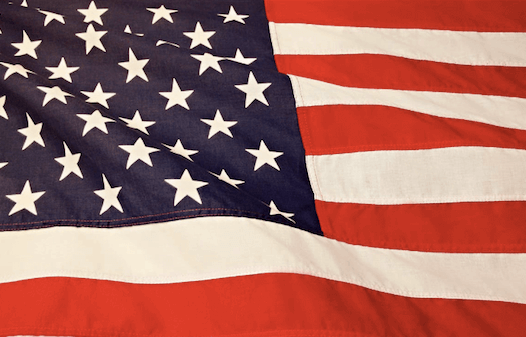 The healthcare system in the United States (US) is comprised of a mix of both public and private sources. The market is made up of private insurance and public insurance, accounting for two-thirds and one-third respectively.

The US is one of the only high-income countries without universal health coverage. This means that those receiving medical care will usually have to pay for it themselves.

Healthcare services in the US have also been known for being expensive. Fixing a broken leg could cost you $7,500, whilst comprehensive cancer care could cost hundreds of thousands.

It’s these costs that make having the right health insurance in the states so important. Getting covered can protect you from these hefty medical expenses when you fall ill. It can also cover the cost of vaccines, prescriptions, check-ups and more.

Public insurance plans include the likes of Medicaid and Medicare, both of which cover vulnerable groups, including those with disabilities (Medicare) or low-income families (Medicaid).

How Is the US Dealing With COVID-19?

Once the first case of coronavirus was reported in the US, former president Donald Trump banned those travelling from China. However, in the weeks following this, reports claim that no plan was implemented with regards to a wider outbreak.

The US also failed to increase the production of medical supplies, or the capacity in their hospitals.

Certain states, including the likes of California, put early lockdown measures in place, which are claimed to have been more successful in helping to curb the spread of the virus.

Vaccinations for coronavirus have now begun in the US, having averaged one million vaccination shots a day on the 21st January 2021, now raised to averaging over 1.3 million a day.

John Hopkins University’s Dr Keri Althoff, professor of epidemiology, reported to the BBC that “It will be many more months before we see not necessarily a return to normalcy, but the emergence of a new normal”

“I’m hesitant to put a date on it because every time we figure something out with this virus, it seems to have another trick up its sleeve” 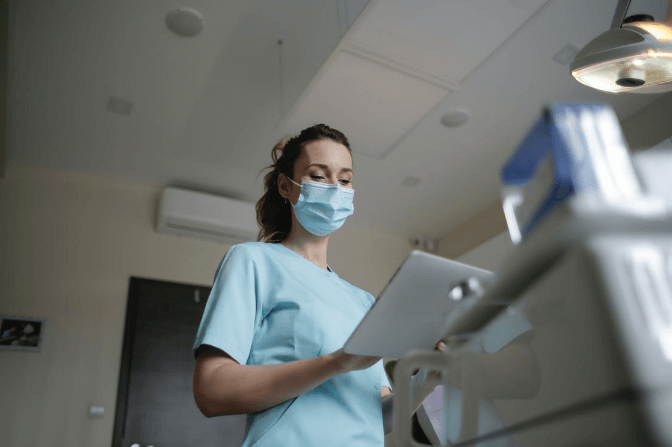 In the Netherlands, universal healthcare is offered, however it’s required for all adults to buy health insurance that live and/or work in the country. Those under 18 years old are not required to have to pay for health insurance.

Health insurance is offered by private providers, however, it’s reported that these operate generally as nonprofits. In addition to this, most hospitals operate as nonprofits also.

A lot of the costs for this is covered by the government via taxation, with other funding sources including insurance premiums. Insurers set these premiums at the same price for everyone. Therefore, regardless of the status of your health, or age for that matter, you’ll be offered the same price for your insurance premium that everyone else receives. Employers in the Netherlands should also pay a small amount towards their employees’ medical cover.

Basic health insurance plans in the Netherlands will typically cover GP and hospital visits. However, certain treatments may not be entirely covered by the basic plan, meaning you could end up paying more than your premium depending on the care you require – this is why many consider opting for health insurance plans with higher levels of coverage.

How Is The Netherlands Dealing With COVID-19?

During March of last year, the Netherlands government decided against a lockdown, and instead implemented measures for social distancing. This decision was made thinking that immunity could be built up via a controlled spread.

There was a concern that intensive care units in hospitals could become under threat of reaching full capacity. Following this, hotels, concert halls and other private venues were transformed into emergency centres in an attempt to reduce the pressure on hospitals across the country.

It’s reported that the Netherlands have also started their coronavirus vaccinations considerably later than EU neighbours, and began almost a month after UK vaccinations were rolled out. 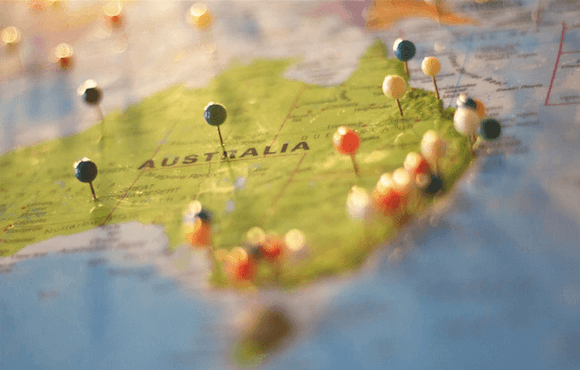 The healthcare system in Australia is considered very comprehensive. The Australian Government Department of Health claims that “Australia’s health system is one of the best in the world, providing safe and affordable health care for all Australians.”

It offers a wide range of different services, from the more basic levels of care to managing complex conditions with specialist healthcare practitioners.

Healthcare in Australia is comprised of both a private and a public system, those needing care being able to access it through either of the two, or via a mixture of both.

Through the public system, the Australian public can access certain healthcare services either at a low-cost, or for free.

How Is Australia Dealing With COVID-19?

Australia was not hit quite as hard by the pandemic compare to other countries, with less than 60 deaths and about 6,300 cases having occurred by the middle of April.

Even as infection rates appeared to begin decreasing, strict containment measures were kept to prevent ICUs from becoming overwhelmed.

Everything you need to know about Google’s latest SEO update: Penguin 4.0