What is Big Data As A Service (BDaaS)? 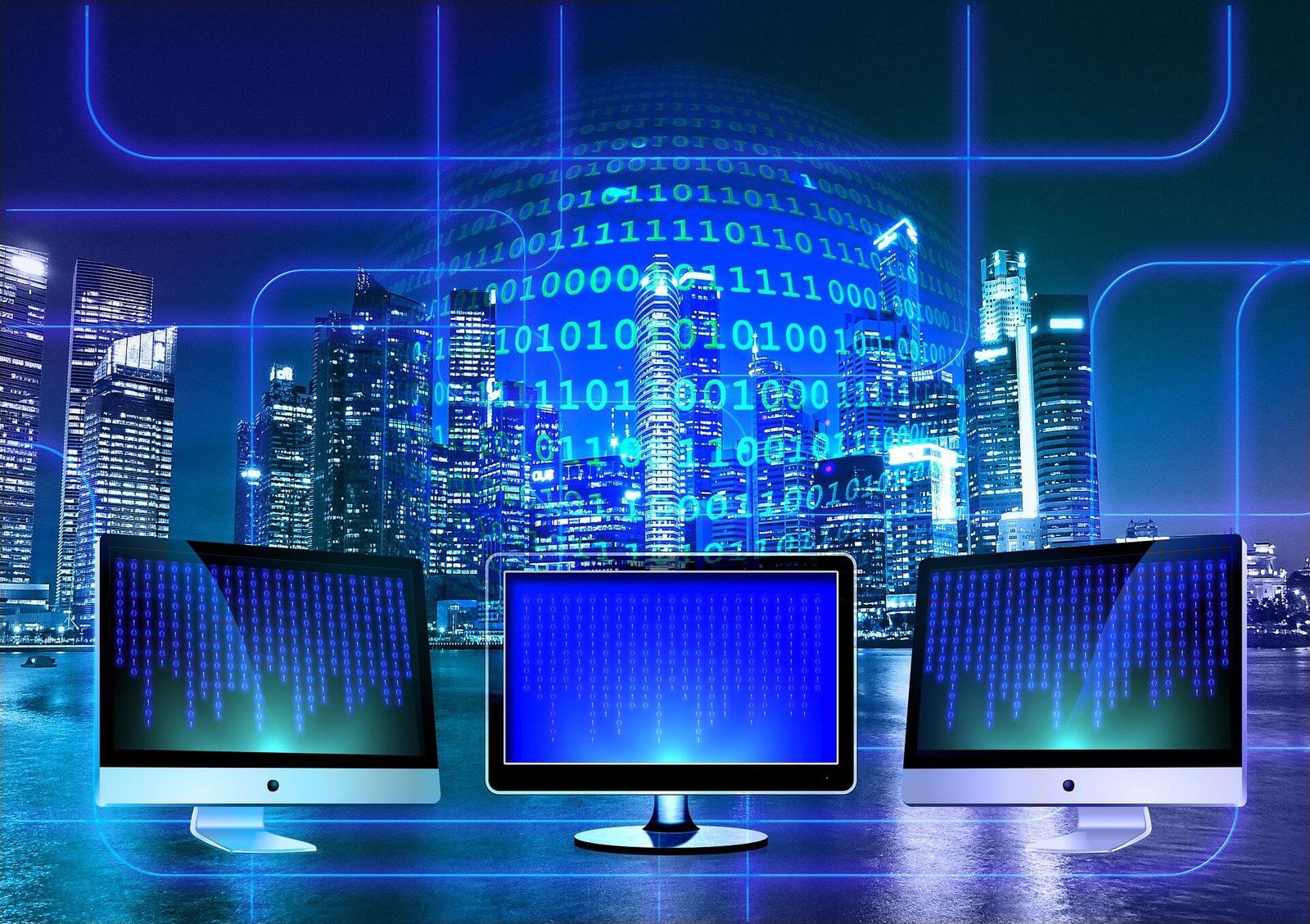 ‘Big data’ may not pop up in news feeds as often as it did five or ten years ago, but not because it’s become any less important. On the contrary; today, just about everyone knows that gathering data, analysing it for new insights, and then applying those insights are all vital processes for any business that can afford them.

There are many upfront costs associated with big data, whether you’re acquiring and organising data, managing its storage, or hiring data scientists. Thankfully, for small- and mid-size firms, the rise of  Big Data as a Service (or BDaaS) has made those processes available to more companies than ever before.

As major industry players have gained more experience in managing and analysing large quantities of data, they’ve begun to offer BDaaS to smaller firms. For those businesses, being able to access what you need on a pay-as-you go model is attractive.

Big data sets aren’t new, and neither is the desire to analyse them. Back in the 1960s and 1970s, the first data centres were already getting up and running, and the development of the relational database was underway. By the early 2000s, it was quickly becoming clear that users of websites like Facebook and other online services were generating much more data than ever before; plus, that data was clearly valuable.

Hadoop, an open-source framework designed specifically for large data sets helped big data to take off starting around 2005. Spark, another such framework, has gained popularity more recently. In the more than 15 years since, the amount of data coming in has only increased, and the potential for what can be done with it is increasing as well.

The Three (or More) Vs of Big Data

One of the concepts that has come to dominate discussions of big data is the so-called ‘three Vs’: volume, velocity and variety. Though the idea is commonplace now, it comes from just before big data took off, thanks to the emergence of technologies like Hadoop.

Analyst Doug Laney, beginning work in the year 2000 and publishing a note in early 2001, articulated a concept that has shaped how researchers understand big data ever since. Looking at trends in e-commerce in 2000-1, Laney wrote about what he called ‘the three Vs’:

Since then, researchers have proposed many other Vs. Two that have gained particular currency are:

Today, the challenge posed by the three Vs remains, as volume, velocity and variety continue to increase:

The amount of data collected today dwarfs that which was collected twenty years ago, and it varies greatly from company to company. Some firms might be looking at terabytes of data, while others might have many petabytes to store and analyse.

The data is being collected faster than ever before, as more smart devices deliver data in real time or at speeds close to it. While data was often of mixed types in the past, it used to be (mostly) structured. Now, un- and semi-structured data types, ranging from audio and video files to twitter feeds all require different processing approaches. BDaaS helps to make solutions to these problems available, and affordable, to more and more companies.

What Can Big Data Do For Your Business?

Big data is powerful. Even small changes made by businesses and governments in response to insights garnered from big data can make a big difference in people’s lives.

To inspire your BDaaS brainstorming, here are a few ways in which organisations have used big data that may help with your needs:

What is Big Data as a Service (BDaaS)?

As you probably know, there is a whole range of resource intensive technology solutions available on the “as a Service” model. BDaaS itself isn’t new either—it was being called the ‘next big thing’ five years ago, but its growth runs parallel to the increasing importance of big data.

Today, companies need access to data services regardless of their size, and BDaaS makes it possible for smaller businesses to access a range of services while paying only for what they use. In other words, while you might not have the money to build a data centre and hire data scientists, you could probably still use data storage and analysis. This is where a BDaaS provider can help you.

One service that some BDaaS providers offer is access to proprietary data sets. Depending on your industry, this could be especially helpful if you don’t have the time or resources to gather and analyse a given set of data yourself.

If you’re considering a BDaaS provider, you’ll find plenty of options offering you a Hadoop-based solution, or another framework, along with varying suites of analytical tools and other add-ons. Depending on what you need, you can pick and choose among the options that make the most sense for you. Here are some things to consider when choosing which BDaaS provider is best for your business:

What are others in your industry using? If your provider has experience working with clients like you, they’ll likely be better able to meet your needs and answer your questions.

Does it meet your organisation’s specific needs? If you’ve got a simple data set, you might be able to do much of what you need on your own by hiring one or two people. If, on the other hand, you’ve got a large and unstructured dataset, and transferring it to a third-party doesn’t violate any company policies, a BDaaS provider could be the right call.

What kind of feedback and analysis tools does it provide? You should look for tools and services that allow you to see what’s happening in real time, or as close to it as possible. Otherwise, you may lose some of the benefits of BDaaS that you’re hoping for.

What level of service do you need? While most services can mix and match, make sure that you’ve got a good idea of what you need before you choose a provider. If you have experience analysing data and you simply need storage, maybe a self-service plan is right for you. If, on the other hand, this is the first time that you’ll be doing data collection and analysis, you might want a managed plan.

What Does The Future Hold For Big Data And BDaaS?

Big data and BDaaS aren’t going anywhere, and according to many working in the sector, the field is actually in its early stages. Writing in Forbes, Bernard Marr put forward four potential trends in BDaaS, and big data in general, for the rest of 2021.

More And More Sophisticated Automation Due To AI

As artificial intelligence increases in complexity, due in no small part to machine learning made possible by big data, new and more complex forms of automation become possible. Machines that are able to learn for themselves by analysing data sets can automate all kinds of processes that previously took time and resources away from your employees.

For example, you could use AI to look at customer data that could work to predict how likely a new customer is to become a regular one, based not only on how much they’ve spent, but on their web browsing and demographic data. Plus, it can learn and adjust its predictions based on whether or not those predictions are accurate.

New Ways To Look At And Understand Data

Finding new ways to interpret and analyse data is always a focus in data science. Marr calls data visualisation the ‘final mile’ of analytics, and points to the emphasis on human judgment. The problem is that people miss valuable insights all the time. Recent breakthroughs in natural language processing and visualisation techniques like extended reality (XR) a blanket term for virtual and augmented reality (VR and AR) will, according to Marr, make for new and better ways to both understand and look at data.

One of the benefits of BDaaS is that it can be adapted to your specific needs. Cloud computing has played a major role in the development of big data in general, and BDaaS specifically. Marr sees a shift coming in 2021 towards hybrid cloud computing, where some infrastructure is on-site, and other aspects are handled by third-party service providers. Privacy concerns aren’t going to decrease in the future, so data storage solutions that guarantee more control over data, for companies and consumers alike, may well grow in popularity.

Borrowing from the idea of ‘DevOps’ in software development, Marr predicts more emphasis in the coming year on employees whose jobs focus on BDaaS tools. The increasing popularity of these services makes it more and more important that you can get access to what you’re paying for, and that it’s working as expected.

Send Money to China Online from the UK