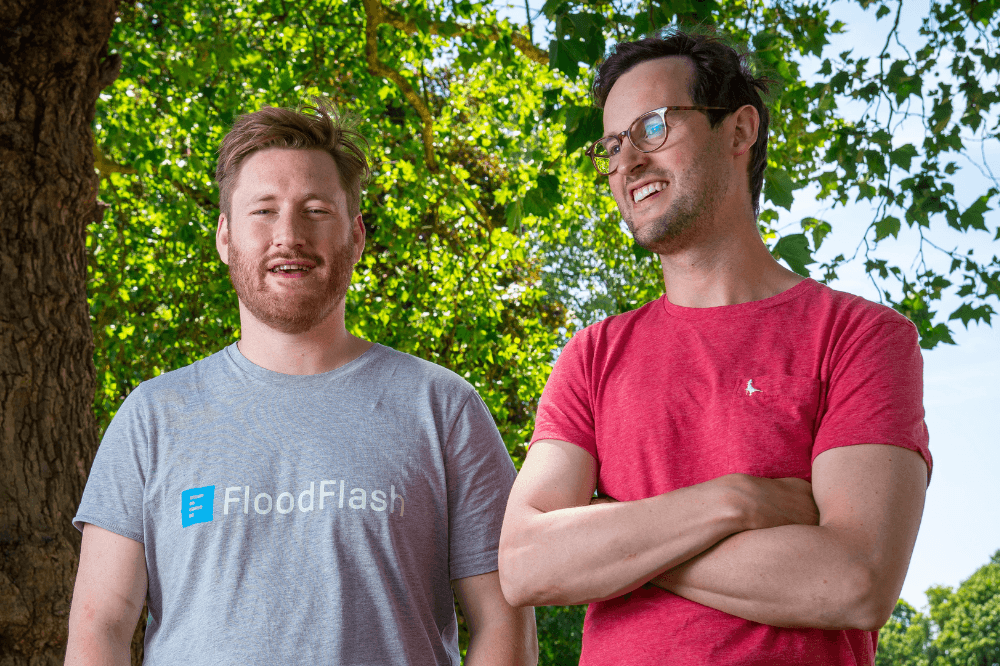 FloodFlash is an event-based insurance company looking to make insurance more accessible so that anybody and everybody is able to quickly recover from catastrophe.

The company was founded in 2017 by Ian Bartholomew and Adam Rimmer with the intention of innovating parametric insurance. Rather than the long timescales of traditional insurance, their main goal was to digitalise the insurance process so that claims could be paid out in the immediate aftermath of a flood for a faster recovery.

The founders credit the inspiration of their company to 2012’s Hurricane Sandy. Viewing the catastrophic effects of this event, they wanted to introduce a parametric insurance cover where claims are based on a measurable event rather than the amount of damage caused by the event.

Parametric insurance policies have historically been very expensive but with the ever-increasing accessibility to advanced technology and data, they are become more and more widely available. Thus, FloodFlash aims to offer parametric insurance to the masses, protecting people from catastrophic flooding whatever their budget.

In the early stages of the process, the client needs to select trigger depths for the policy and decide how much money they would need should the flood reach the trigger depths. The policies are designed around these answers to offer tailor-made solutions.

The second stage of the process involves attaching a sensor to the client’s property which measures flood depths and sends the data in real time to the FloodFlash HQ. Their technology depends on an advanced cloud-based underwriting platform

Unlike traditional insurance claims, FloodFlash pays out claims within 48 hours so that clients can recover from catastrophe as fast as possible. In February 2020, they broke the record for the fastest property flood claim with an impressive 26 hours and 15 minutes during Storm Ciara.