A Chat with Emilia Molimpakis, Neuroscientist and Co-Founder at Thymia: Using AI and Video Games to Monitor Depression 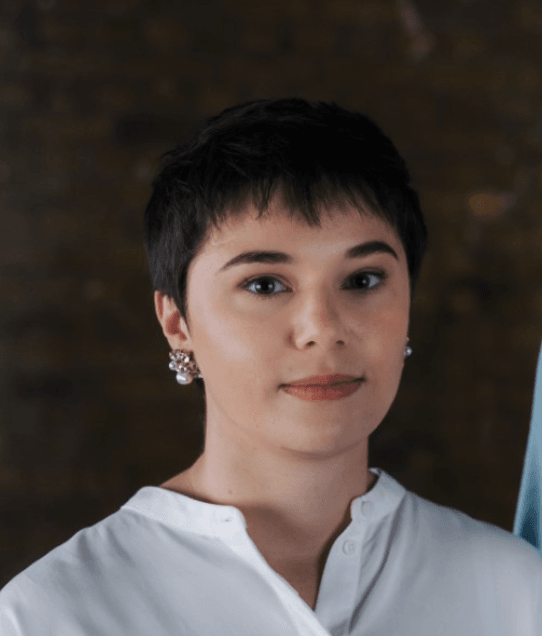 Thymia is an online platform that can be used by clinicians and patients to assess and monitor depression more efficiently and effectively. Our platform is based on activities and video games designed using Neuropsychology and Linguistics to gather depression markers.

Patients using the Thymia platform will play a series of games, such as narrating what they see in a peaceful cafe scene, or memorising the movements of cartoon bumblebees.

Behind the scenes, ethically trained AI algorithms extract and analyse thousands of anonymised details from the user’s facial expressions, eye gaze, reaction times, error rates, speech patterns and tone of voice. When you combine these tiny details together, complex cognitive and behavioural patterns are revealed which can accurately and objectively distinguish whether a user is suffering from depression vs other, often similarly presenting disorders – such as dementia in the elderly – but also how severe the depression may be. As symptoms change over time, thymia helps clinicians and patients track these changes objectively so as to identify sooner whether treatment is working or not.

For clinicians, it’s an end-to-end solution to assess mental health, inform treatment and monitor symptoms before, during and in between appointments. For patients, it’s a calming and engaging series of activities that can be played at home from their smartphone; helping them get a more comprehensive understanding of their condition and track its progress over time.

The questionnaires currently used to assess mental health have been around since the 1960’s. Unsurprisingly, they’re clunky, subjective and riddled with bias. And before patients even get to the point where they can answer them, they must report that they’re feeling ‘low’ in the first place. GPs don’t have the time to screen for depression routinely. Asking for help at this stage is often difficult – and this is assuming that patients are able to recognise their symptoms at all.

The result of all this is that many people slip through the cracks: a close friend of mine included. Unfortunately, the severity of her mental illness went undetected and she spiralled to a dangerous place before doctors could help. At the time I was working for a gaming company. Using my background in neuroscience, my job was to understand and tweak how players interacted with video games. That was the lightbulb moment. I realised that the same principles could be applied to mental health treatment, spotting the warning signs and helping patients sooner.

Depression might not always be visible, but it’s as real as any physical condition. The fact that we can objectively measure it using the Thymia technology is proof. In doing so, my hope is that Thymia will not only improve outcomes for patients, but also help to remove some of the stigma surrounding mental illness.

Whilst the seeds for Thymia were sown whilst I was working for the video game company – and started to really grow when I met my co-founder Dr Stefano Goria at a startup accelerator – it wasn’t until April 2020 that we launched the business. This coincided with the outbreak of the pandemic and, in turn, a related mental health emergency. Bereavement, financial anxieties and social isolation have all meant that cases of depression have more than doubled since the start of the pandemic. Against such a desperate backdrop, interest in our solution has spiked and we’ve been working hard to develop our tech as quickly as possible so we can start supporting patients.

In the last year, we’ve secured $1.1 million in VC funding and established partnerships with world-leading research institutes, including UCL and King’s College London. Alongside this, we’ve been able to drive forward trials with thousands of patients in order to deepen our datasets and fine-tune our technology. We’re working hard to bring the most accurate and effective mental health assessment tool possible to the clinicians and patients who are so desperately in need of it right now. 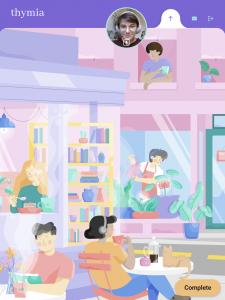 What can we hope to see from Thymia in the future?

We’re starting to expand our trials to look at cognitive disorders beyond depression. The aim is to scale our technology to assess all of them in the future, and we’re already gathering crucial data around Alzheimer’s Disease, Dementia, Parkinson’s Disease, Anxiety, ADHD and Autism.

We’re also looking to expand into countries beyond the UK. We’ve had overwhelmingly positive feedback from clinicians and patients here already, and are experiencing demand from other healthcare organisations across Europe and America. The current focus is on Southern Europe, Norway, Germany and Brazil. Given the surging number of contracts we have coming in, we’re also looking to raise more funding to help us grow and reach as many patients and clinicians as we can.

How New Management Systems are Innovating the Hospitality Industry