A Chat with Gary Knight, CEO at WOLF (The World’s Online Festival) 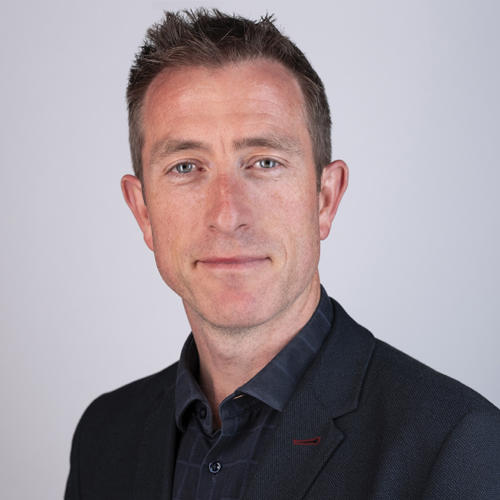 WOLF (The World’s Online Festival) is a social audio app which builds vibrant audio communities through live entertainment. performances, and chat. The ability to perform and communicate on stage with live audio has also delivered a unique opportunity for creativity and expression.

The reason for our MENA focused launch – and indeed our success – like most businesses, was the delivery of a successful product-market fit.

How did you come up with the idea for WOLF?

WOLF allows users to express themselves, perform, meet, chat, play games and build friendships with live audio, using an online persona that they create for themselves. The app lends itself to territories in the Middle Eastern where socialising, particularly for women, can be sensitive.

WOLF allows users to behave and communicate in an appropriate fashion, without the concern of judgement.

The third piece of the puzzle was understanding the culture of giving and gifting in the region, particularly within the Gulf Cooperation Council region, which allowed us to develop a unique monetisation offering at the time. Rather than run lots of endless adverts for revenue, WOLF employs a reputation based scheme which rewarded loyalty and kindness which was immediately successful – not just as a revenue driver but also a positive and enjoyable user experience. How has WOLF evolved during the pandemic?

Just weeks after bringing WOLF to market a global pandemic was declared. At the time, the severity of Coronavirus and the impact it was about to have on the entire world wasn’t fully realised, or clear. Had we known, maybe we would have considered holding back the launch or doing things differently. The fear of the unknown, not just in how the market would react but also how our business would perform in a lockdown environment, could have completely changed our strategy.

WOLF is an audio entertainment social network, which allows users to chat, entertain, and perform on a virtual stage. The app takes the magic of real-world festivals and brings it to the online world -uniting people with a sense of fun, entertainment and belonging. It is perfectly placed for a lockdown environment but launching a new product to new users, in a pandemic, is always going to be a big challenge with lots of potential risk.

As it happens, WOLF was more relevant than ever. As people spent more time on their mobile devices interacting with other people, the pandemic forced people to explore new ways to socialise and discover different ways to entertain from home. We just had to tell people who we were much faster than we had planned to!

Of course, from an operational perspective, we were presented with challenges that we hadn’t foreseen. Hiring engineering staff has been extremely difficult. The technology sector has hugely accelerated during the pandemic and engineering resources are in higher demand now than ever before. However, despite those challenges, we hired 24 new ‘Wolfies’ during the lockdown period.


Despite an incredibly tough launch period, WOLF has been well received by all our users, which has hugely increased engagement of our existing fan base and caught the imagination of new users. Our revenue is up 300%, exceeding our expectations, and we’ve more than doubled our user base.

The quantity and quality of shows taking place within the app every day and night is also way beyond where we believed we would be by this point.

One of the biggest lessons for us is reshaping our thinking about timing. Had we have changed our approach and delayed the launch we may not have seen the level of success that we have. You often hear people say that there’s never a good time to do this or that, and it’s true. You will always find a reason not to do something at a certain time but focus on the idea, it’s much more important than the timing.

What can we hope to see from WOLF in the future?

The metaverse could be the biggest thing to happen online in the next decade – not just in the Middle East, but everywhere. The possibilities are infinite and we’re already adapting. Our latest feature, Showreel, is a demonstration of what we can create in the future. Merging audio with 3D, cinematic visual events, gives our users a virtually shared space to entertain and connect with others in a virtual world.

Showreel is a neat way of blending audio and visual together while the app continues to deliver a unique way to experience the magic of real-world festivals, something we’ve all missed, to a digital world. It isn’t focused on live camera content which again, satisfies our users’ needs who may not want to be on camera, but rather operate using their online persona.

It’s interesting, with all the noise around audio in the western market right now we can see how it is catching up with the east. The social audio sector has thrived in the MENA region where forging a new identity has been crucial to allow and encourage freedom of expression. Users have long sought platforms that avoid video and visual content but that have the ability to build profile, belonging and friendship. And we believe this will continue.

Interview With Dana Lattouf, Founder And CEO Of Tickitto