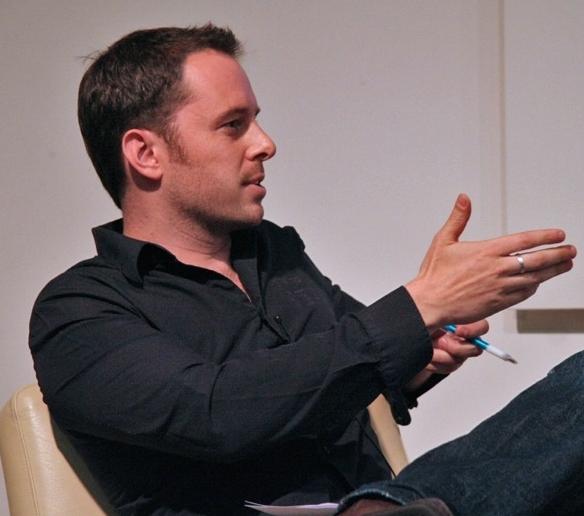 The second area is what we call ‘transformative’ businesses. These are still leveraging technology but focus on changing the way a sector works or disrupting a laggard industry. Companies like BreezeAI (transforming the maritime insurance industry), Bezos (‍eCommerce Fulfilment) and Humanity (a quantitive self app that helps us slow our ageing).

We back founders who are changing the way our world works for the better. We invest like angels but have the structure of a fund. I am based in London and my co-founder Andrew Gault is based on the West Coast USA, so we’ve been remote working since long before it was fashionable!

In 2013 I came back from San Francisco and was at a VC firm in Sweden as an EIR. I had to decide what to do next. I could start another company, or do something else. I looked at what I enjoy doing, what I am good at and what people would pay me for. I wanted something which could have a potentially big financial outcome, but that would hopefully do some good for the planet and society along the way.

I also looked at where my unfair advantages lay. Anyone can start a company and perhaps they’ll hit it out of the park first time, like another Mark Zuckerburg. But it’s harder to build a huge network overnight and raise money for a fund if you have no track record. I had a network built over 25 years doing tech startups long before it was so fashionable. I started my first company in 1998, and I’d also co-founded a startup founder network in 2008 called ICE, a non-profit which is still going strong today and has hundreds of members.

Along with experience launching multiple tech products, many of them too early to market, I felt these constituted an unfair advantage when it came to doing early-stage investing. I was lucky that Andrew Gault, my friend and co-founder, was also keen to do more investing, so we partnered. Now, seven years later, we’ve done over eighty investments.

Because my partner and I have always worked remotely, the disruption of COVID was minimal. We actually did our first 100% remote investment over five years ago, long before the pandemic. Back then we had all the meetings with Leona and Sean, the founders of Plotbox, over Skype. They’re based in Belfast and to this day we’re yet to meet them in person!

What’s really changed is the competitiveness of the venture industry in the UK and Europe. Even in the last 5 years the landscape has transformed. We welcome this competition because one of the handicaps for founders in Europe has been many of the incumbent, more traditional VCs. They squeeze startup valuations unhealthily and have insisted on terms we’d never see in San Francisco.

More VCs mean more choice for founders, more competition to get into deals and hopefully the best investors who prioritise startup long-term success, rather than short-term ownership and medium-size outcomes, will win out.

You have to back founders to win. Venture money works well when you bat for the fence and aim to build a multi-$bn company that can return 200 times an early investor’s money. Companies not wanting to take this big stakes high-risk approach probably shouldn’t take venture money and instead seek angel investors aligned to that level of ambition, or other routes such as crowdfunding or venture debt.

There are many ways to build a company. There is no real right or wrong, just different approaches. A ‘startup’ in the way we understand it is really about achieving an unusually high rate of growth to dominate a large market. That’s what venture capital is best used for. The most successful existing funds such as Index, Balderton, Atomico, Local Globe and Hoxton understand that, as do many newer funds and emerging managers such as Moonfire, Outsized and Air Street.

What can we hope to see from 7percent Ventures in the future?

7percent has done no marketing since we started investing back in 2014. That will change in 2022 with a tweak to our branding, we’ll be making an effort to be more vocal in the ecosystem, and there will be an expansion of our team, with it growing from microscopic to small! Along with doing another ~30 investments into super ambitious founders, we’ll be raising our new seed fund too.

Last but definitely not least, we’re looking forward to the third edition of ALLOCATE, which as a co-founder, I set up with Lomax Ward to increase the amount of LP investor money going into UK and European VC funds. It’s run as a non-profit. At the last event, we had over 150 LPs attend online, and 2022 will see the return of an in-person retreat as well as our now infamous VC pitch event, where founders of VC firms pitch to LPs.

Our goal is nothing short that for 7percent to be the first choice for any UK or European founder starting a frontier technology or transformative company – it’s going to be another very busy year!