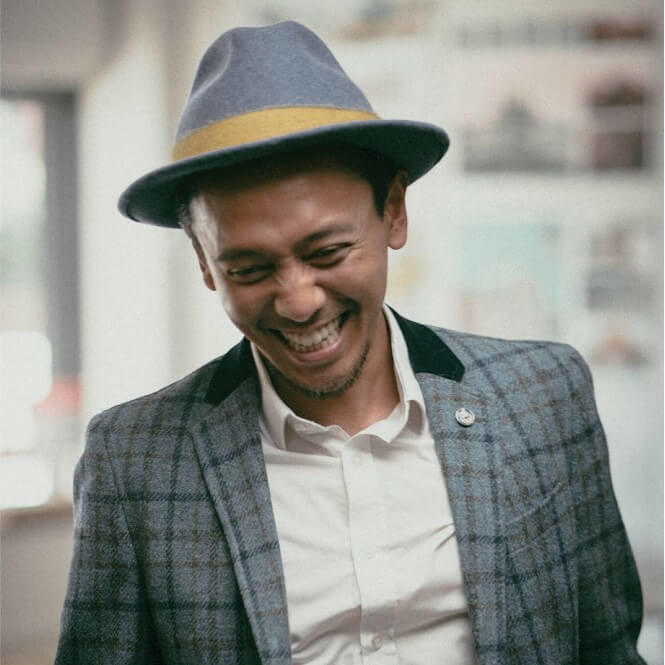 We recently covered the news that charity Men Up North launched a digital art collection called Jamur.club, featuring 66 three-dimensional scans of British forest fungi. They aim to raise £250,000 to acquire 10 acres of forest space in the National Park to host mental health retreats for men and train a team of wellbeing wardens.

We caught up with the founder of the charity, Angga Kara.

Tell Us About Men Up North, How Did It Start?

It really evolved from my personal struggle, and the process I went through. In 2017, three of my friends unfortunately took their own lives and that was incredibly difficult to come to terms with. It had an effect on my own mental health but I kept these difficult emotions and dangerous thoughts on the inside, it felt like I was wearing a mask to hide that from others.

It was only by opening up, first with friends, that I realised I wasn’t alone. By speaking to more and more people about my mental health, becoming okay with my vulnerability, I realised a lot of other people were struggling, and didn’t know how to speak out.

We were lucky to be offered a space by Sheffield Hallam University and within two days our 20-person event was filled. I was honest with them, I’d never held this sort of event before, but I think that aim – to have ‘different’ sorts of conversations – really connected. Men want to take off their masks, they want to connect in a different way, free of competition, shaming, and toxic banter.

Why Did You Decide to Dive into the World of NFTs?

It grew from a personal interest really. It’s an exciting, emerging technology and the use cases are fascinating. The two things that appealed most were the ability to build communities around these commodities, groups like the Bored Ape Yacht Club, Crypto Punks; and the interesting ways this technology can support ecology & mental health projects.

The impact of blockchain technology on the environment is clear and something we’ve considered by offsetting the carbon produced by our collection. But projects like Terra0 show that this technology could be fundamental in protecting land and using green spaces most effectively.

What Inspired the Digital Art Collection?

That passion, about the intersection of nature and technology, really inspired our collection of wild mushrooms. It started as an experiment, taking 3D scans as spent time walking during the pandemic. I remember the first one was the Honey Fungus, it’s caps grow bunched together and create this really interesting texture that I wanted to capture in 3D space. The idea grew from there.

Why Mushrooms in Particular?

Personally, I’m fascinated by mushrooms. I’ve taken courses in the cultivation of gourmet and medicinal fungi and remain an avid forager.

In this collection, they represent impermanence and being present in nature. You need to be actively searching for mushrooms to find them. You need to be involved. There’s a sculptural element to each piece, freezing them in time experiencing them from every angle in a VR space.

It’s also an opportunity to raise awareness for the massive potential they have in improving mental health. Governments worldwide are also starting to grant permissions to explore the use of psychedelic mushrooms for treating depression. UK regulators were the first to do this, in 2020. Just as we have to deal with stigmas attached to mental health, I think it’s important to put aside assumptions and sincerely investigate the potential that experimental drugs have in treating those with mental illnesses.

What is the Money Raised from this Project Going Towards?

We’re hoping to purchase a parcel of forest in the Peak District and build an accessible, inclusive space, where people can connect with nature and practice wellbeing. We’re looking to run workshops on foraging, identification and bushcraft. As well as build walks and even the UK’s first dedicating forest bathing trail.

The connection between mental wellbeing and spending time surrounded by nature is well established. We hope this new, inclusive space allows a more diverse group of people to engage with nature on their own terms.

Men Up North is a registered charity (number 1195801) that exists to promote and protect male mental health by helping men to develop better connections with themselves, their communities, and nature. Based in Sheffield and operating primarily across the North of England, Men Up North helps diverse groups of men take action to improve their wellbeing and mental resources through group coaching sessions, facilitating shared activities and a sense of belonging to its community.