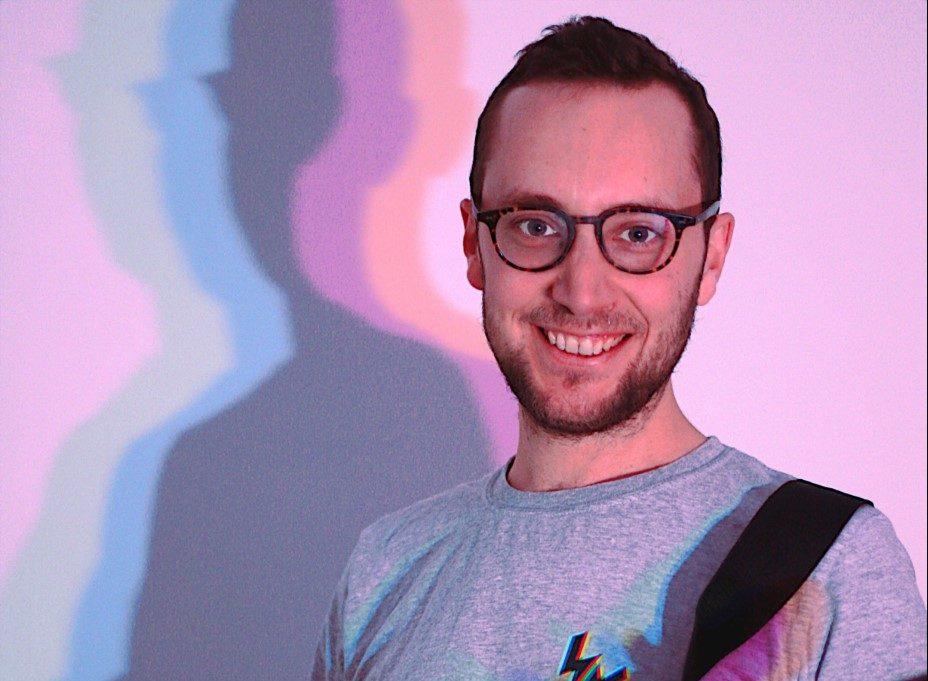 WeJam is the world’s first and only immersive rockstar experience. It’s a tech-enabled group activity that takes place in a music studio, letting you start your own band, even if you’ve never picked up an instrument before. Often described as a cross between Guitar Hero and Karaoke, each session is led by a professional musician and by the end of it, players will have learned to perform one of their favourite songs.

Our doors are open to everyone and we attract a whole range of groups – from families with young children to corporates who come for team building and social outings.

A few years back I started to notice more and more ‘competitive socialising’ ventures springing up all over the capital. From crazy golf bars to escape rooms and even axe throwing venues – something exciting was happening and I wanted to be a part of it.

As a lifelong musician, I started to wonder how you might combine music with this new form of interactive entertainment. After a three-month research trip to Tokyo, and much experimenting, the concept of WeJam was born!

I certainly won’t be the first to share these thoughts, but here are three things that have helped shape the growth and success of WeJam.

For many reasons, it can be extremely hard to launch a business alone. Firstly there’s the sheer amount of tasks that need doing. Secondly, you can usually make better decisions if there’s somebody to discuss them with first. Thirdly, you’ll want somebody to share both your successes and struggles with.

This isn’t to say you need a co-founder or equity partner, although there are sometimes good reasons to do so. You can also deal with the above issues by building a team and finding advisors

2. Not all start-ups have to be tech start-ups.

You’re probably reading TechRound because you’re interested in tech companies, but there are plenty of other opportunities out there that don’t centre on technology. Sure, most businesses these days will benefit from and use some amount of ‘tech’ in their day-to-day operations, however that doesn’t automatically make them a tech company.

Although tech is integral to the WeJam experience, ultimately we are an ‘experience’ company. The reason this distinction is important is that it can help you define who the key hires will be in your company. Do you really need a super-experienced CTO, or might your funds be better spent elsewhere?

If like us you use technology but that’s not your main output, try to leverage existing solutions where you can. Even if you don’t consider yourself a ‘tech’ person you’ll be surprised how accessible complex programming tasks have become through the myriad of SaaS products and the rise of ‘no-code’ platforms.

In the early days, no doubt you want to preserve cash – especially before you’ve even validated your business. I’m a big believer in carrying out low or no-cost experiments to test your ideas with potential customers and gain actionable feedback. There are many good books and resources on building your MVP, ‘The Lean Start-up’ being a classic.

In terms of practical advice, I’d say don’t rush into building a fancy high-tech prototype when a lo-fi version might give you the same insights. At WeJam for example, we knew we wanted to build an app that would show musicians where they are in the song as they play. Instead of diving right into a custom build we used PowerPoint to display the music as separate slides, then simply had one of the team move from one page to the next in time to the music.

This solution was much faster (and cheaper) than coding something from scratch and also showed us that we needed to rethink our approach. Imagine finding out your approach is wrong after spending months and lots of money on something?

What can we hope to see from WeJam in the future?

Right now, we are focusing on three main areas of growth. Firstly, we are rolling out the original concept both nationally and internationally. Our aim is to be in 100 locations worldwide by 2025. Secondly, we are launching a B2B arm – partnering with major companies across the leisure, cultural, and entertainment industries to co-create permanent installations, pop-ups, brand activations and much more.

Thirdly, we have started work on an educational version of our product that can be used in schools. Based on early feedback from teachers and pupils we are excited by the huge potential to disrupt classroom music learning.