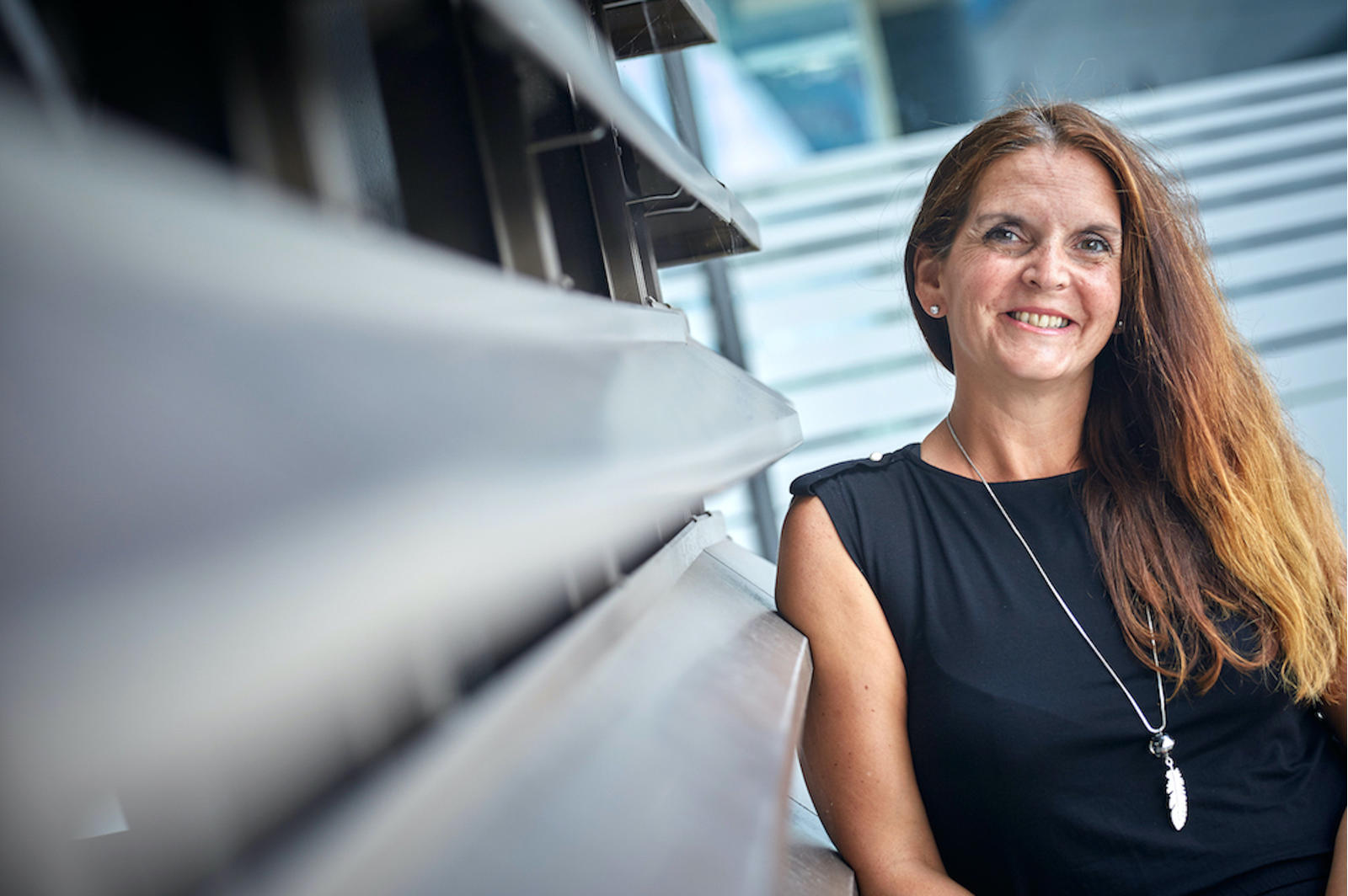 We caught up with Christina Colmer McHugh, co-founder of wellbeing device Moodbeam, to talk all things from the importance of connecting with other people’s emotions to her top five rules for female entrepreneurs…

Moodbeam is the first wearable device designed to log mood and monitor wellbeing, and has already worked well within various workplaces, education, health and social care settings, as well as helping individuals.

Our self-reporting Moodbeam One wristband, which links to a companion app, encourages users to press a yellow button when feeling good and a blue button when they’re feeling sad or negative. These baseline emotions are subsequently tracked on the app, along with sleep and step data, to create emotional patterns and trends that can then be viewed, shared and discussed – highlighting situations or behaviours that are causing unhappiness or stress.

At Moodbeam, we have strong relationships with organisations, including The University of Warwick, The NHS and national framework organisation Pagabo, who really care about pioneering better mental health within their industries. Moodbeam’s technology has allowed them to see where they can make a real difference to the lives of those who rely on them to make the right decision. 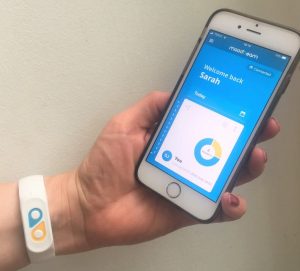 How did you come up with the idea for Moodbeam?

Jonathan Elvidge – the founder of the Gadget Shop founder and Red5 co-founder – and I founded Moodbeam in 2016. I was inspired by my seven-year-old daughter, who was struggling to deal with a tough situation, and I was left wondering what it would be like to know how she was feeling when I wasn’t with her. I knew that this was a situation not unique to me and my daughter but shared by thousands of parents.

After finding nothing existed to help me maintain a connection with my daughter, I decided to create something. What I really wanted was to enable my daughter to log how she felt and capture it somehow so we could talk about it when our day allowed – usually at bedtime.

I wasn’t sure how to go about creating anything tech-based. It was whilst talking my idea through with Jonathan that I quickly realised that I had met the person who would help carry my idea forward.

What advice would you have for other female entrepreneurs looking to start their own businesses?

My top five rules for other female entrepreneurs are:

– Look to see who is innovating and supporting in your space. Reach out to me and my community on LinkedIn, and other female support networks, and start conversations through your local start-up hub. Ours at C4DI is partnered with Barclays Eagle Labs who have hubs all across the UK – connect and begin to build your tribe

– Visualise a world without your idea, business or campaign – if it’s unique in its approach and only you can achieve its potential, don’t stop for anything.

– Believe in yourself – it’s great being surrounded by like-minded individuals but it’s you have to live with. Don’t rush in, but instead listen and sleep on what’s been seen as a great opportunity.

– Don’t compromise on the original intention. It’s great to pivot, remain agile and innovate but don’t lose sight of what your bigger picture looks like. The lure of funding and excited investors or collaborators is fantastic and a huge compliment, but you need to be confident in what it will bring, whatever form it eventually takes.

– Do a lot of listening. The world has enough nodding dogs and ‘yes’ people but to really create some magic you need to throw your ideas into the pot and let it be challenged and questioned by people who don’t necessarily think the same way you do. That’s the only way it will ever please the end-user, because they’re all different too. And don’t be afraid to change things, don’t get hung up on the original look and feel – that was your baby, but it needs to grow.

What does the future hold for Moodbeam?

We are living in very exciting but challenging times and no two weeks are the same for Moodbeam right now. In the space of four years, we have moved from an idea to a wearable product. In the space of four months in 2020, we have moved from an exciting B2C and B2B wearable tech solution into a real-time daily rating tool for those organisations who want to use Moodbeam as an engagement tool for use during working hours. The experience of individuals and teams can then be seen on our new dashboard, which visualises and compares the feedback across individuals and teams in a variety of compelling ways.

We can show how the mood of people and teams compare across an organisation. Which teams are happiest? When are they happy? When are they not? and if there are patterns forming, how are people coping with their day, changes in mood over time, and real-time awareness on the impact on morale of changes introduced etc. Monitoring morale and ensuring that teams are working well together can impact significantly on service levels and consequently drive success in all areas of the business. Small changes can be made based on Moodbeam findings that can address minor issues before they become major problems.

5 Minutes with Sean Croghan of Nesta