Interview with David Ripert, CEO and founder of Poplar 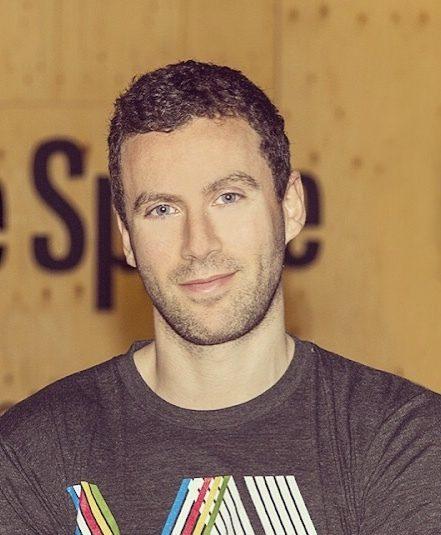 Poplar Studio is the leading AR creative platform for marketing, advertising and retail businesses. We’ve been around since 2018 – essentially we help brands, agencies and companies to produce augmented reality (AR) content in an affordable, simple and quick way.

We do that through a large community of AR creators – about 2,000 – from around the world. It’s the largest community of its kind. We produce AR campaigns for top brands in luxury, fashion, music, entertainment, video games, food and beverage for use on social media platforms, mobile browsers and apps.

I’ve always been passionate about content and storytelling. I went to high school in Los Angeles – maybe that’s where I fell in love with the bling and the red carpets which accompanied feature films! I was working at Netflix in the early days when I noticed there was a revolution coming. Traditional production of feature films – six months to a year’s worth of filming and editing in Hollywood requiring hundreds of people and millions of dollars – started to shift to online video. It was this shift which cemented my passion for disruptive models – whether it was through subscription to support feature making like at Netflix, or the ad-supported content creation I worked on when at YouTube.

Alongside the shift in feature film production, I also saw an evolution in content creation from needing super complex, expensive video cameras to just requiring a mobile phone. I recognised the future of content production lay in smart phones – and AR represented the perfect format to engage the audiences who would consume it, hence why Poplar Studio was born. AR allows the user to put the content they need around them and create an interactive, magical story.

Don’t pay attention to ageist stereotypes about entrepreneurs. I think the classic image of an entrepreneur is a millennial working alone at a coffee shop. But it shouldn’t be – you can start for the first time at 40, as I did with Poplar. If anything, being older brings valuable experience – you have a previous network which will be super useful from a sales or partnership perspective. Looking at data, I’ve also noticed lots of the most successful entrepreneurs are aged 40 and older.

Secondly, I would say don’t spend too much time doing things to perfection. Testing and learning with the bare minimum is how you develop a product. In Poplar’s first commercial meeting – with an international music label – we didn’t even have a product. We only had a few slides, but we won their trust. We got going, found the creators to make the brief work and managed to pull it off within two weeks. That’s how we then got our next clients. So I would say pilot ideas with a couple of people who might trust you – then go from there.

What can we hope to see from Poplar in the future?

We want to use AR to disrupt everything out there. My dream for AR is one day people will be able to walk around with glasses which tell you, say, information about restaurants or navigate you through a supermarket, where AR assists surgeons more precisely than with current tools, or enables the training of people at scale through virtual overlaid information.

We at Poplar are working towards a world where AR is simpler to use and more affordable. At the moment, the majority of small businesses can’t afford the rates charged by large AR agencies. Moreover, they don’t know how to find the right developers or creatives – yet there’s so many platforms they could be deploying AR on. We’re trying to educate our customers while making AR content creation simple, affordable and quick. Ultimately, we want to move towards a future where AR is democratised.