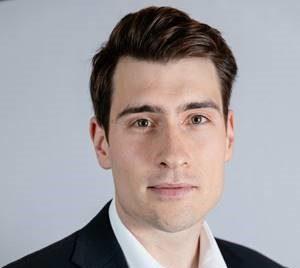 Founded in 2017, StepEx is the only regulated provider of Future Earnings Agreements across the UK and Europe (FEAs; variously called “Risk Sharing Agreements”, “Income Share Agreements” and “Human Capital Contracts”).

Students pay for their qualification with a small share of the initial earnings they achieve with that qualification, meaning that course providers have an incentive to ensure they provide a relevant education and select students they believe will benefit from the course. This also opens access to expensive courses that have traditionally only been available to all home students.

Utilising Open Banking data and machine learning, StepEx can reliably predict and verify an applicant’s future earnings by using cutting edge analytics and algorithms. The company also give its education and financial institution partners meaningful, data-driven feedback about pricing and the value courses are delivering as well as building the largest and richest dataset of graduate earnings.

I wanted to complete an MBA and student providers would only give me a fraction of what I needed at credit card rates of interest because I didn’t have parents with assets. I was lucky to get a scholarship but there will never be enough scholarships for all those who need one. I wanted to change the way education is priced.

So that all have access to the top tier qualifications they merit and providers of qualifications get paid based on delivery of their promised higher earnings. I was a naïve government economist and learned a lot about effectively delivering this product over the last decade.

I feel privileged that so many top tier education providers and industry leaders are now pushing for private student debt to be replaced by “Future Earnings Agreements” (FEAs).

At the start of the pandemic universities saw this product as a replacement to scholarships and so were heavily limiting the number of FEAs per course. However, the company has now rapidly automated its systems as education providers across the board are seeking to rapidly scale the number of FEAs they offer.

As virtual learning and student activism has taken off, the ‘good’ universities realised they needed the best candidates no matter where they are from, the “potential Nobel prize winner living on a council estate” and a diverse cohort. Many top MBA programmes for example receive complaints from Indian students who have travelled across the world at great expense for an international MBA only to find over half their class is full of their compatriots with few locals.

Likewise, for Chinese students at business masters programmes. The best universities realise that their students are not just their customers but also their product. The long term brand of the institution depends on its alumni and them having a positive experience.

A key way to develop this, is having a wide range of perspectives across gender, geographical and wealth backgrounds. StepEx now enables education institutions to offer FEAs for their underrepresented minorities for which British citizens are now one for the majority of top institutions.

What can we hope to see from StepEx in the future?

StepEx clients are predominantly universities and IT bootcamps at present. However, there are many other sectors where a price barrier excludes the majority for example pilots licenses and blue collar qualifications. StepEx is developing an offering for these course providers that will be rolled out shortly.