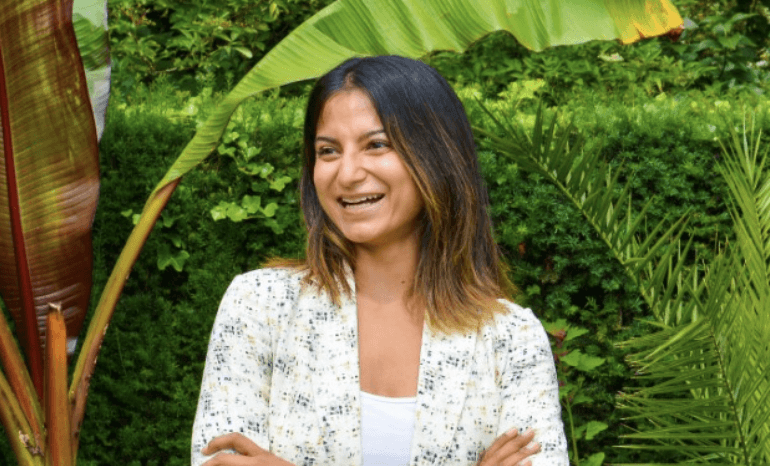 Applied is a tech platform that removes bias from hiring. Put simply, we remove the parts of the recruitment process which allow bias to cloud decision making, helping level the playing field for candidates.

This includes assessing job ads for gendered language, anonymising identifying details such as name and university, focusing interviews around skill-based questions and tasks, and ensuring candidates are reviewed in a randomised and peer-reviewed way. And it really works. 60% of candidates hired through Applied would have been missed by traditional recruitment processes. And our system also increases success rates for candidates from ethnic minority or under-represented backgrounds by as much as 4-fold.

Applied was founded in 2016 and was designed following extensive research in the behavioural changes needed to improve hiring diversity. I joined the team as Head of Product in 2019, before being promoted to CEO in March 2020.

It was my own experience of the job market that inspired me to join Applied. Before joining Applied, despite the fact that I’d already run my own startup, gained an MBA and spent years working in finance, I was told time after time that my experience didn’t ‘fit’. All the transferable skills I’d gained through those experiences were completely overlooked. Instead of getting to showcase my ability to do a job, I was being judged on everything from my name and gender, to my less-than-standard career path.

The biases I faced are everywhere. They are often unconscious, but they are holding back talented people in our workforce. I was only able to join Applied because I was tested for the skills I could bring. This isn’t possible yet for most people. Applied was created to fix this issue, and that’s why it’s been so fantastic to join and now lead the team.

For any company working in the hiring or recruitment space, it’s been a rollercoaster. We saw a sizeable drop in vacancies being advertised on the platform in the initial months of the pandemic. But that was replaced by a massive surge in demand for de-biased hiring solutions following the Black Lives Matter advocacy during the summer – it prompted some real soul-searching across the business landscape and led many employers to our platform as they took a more proactive approach to diversity and inclusion.

Since then, we’ve seen a really steady rise in vacancies, particularly in the last few months. There’s a huge demand for high-quality candidates and it’s extremely encouraging to see more employers making sure they’re fairly considering as broad and diverse a talent pool as possible.

What can we hope to see from Applied in the future?

De-biased hiring is the future. And we have big plans to make fair hiring the default for all employers. The next twelve months are about developing scale in the UK, after which we’d go for a fundraising round, mainly targeted for growth in the US.

We’re also focusing on making our product experience as seamless and enjoyable as possible for all hiring teams, and doubling down on our community of 10k experts to create even more educational content. This means teams can learn about the first steps they can take to make their hiring processes fairer, without needing to subscribe to our wider services.

Interview with Paramjit Uppal, CEO and Founder at AND Digital

Meet The Founder at Inside Out Drinks: Helping You Pre-Tox Before You Drink