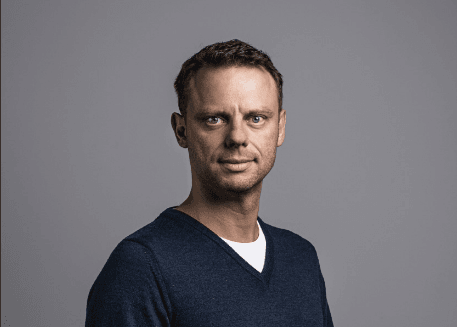 STX Next is the largest software house in Europe specialising in designing and creating digital solutions in the Python programming language. The company has been operating since 2005 and is made up of a team of over 500 people across eight offices in Poland and a new delivery centre that launched in June 2022 in Merida, Mexico.

I founded the company because I wanted to be a Python developer but there weren’t many opportunities in Poland at the time, especially not in Poznan. In 2004 when I graduated and began my career, Python wasn’t the most popular coding language, in fact, C, Java, C++ and PHP were all far more popular. STX Next grew from my love of Python and a belief in its potential to be what it is today.

Before I launched the company I was working in a host of different coding languages. On one particular project, I was tasked with creating discussion boards with Java and found that it was taking me around a month to introduce basic functions. A friend of mine then introduced me to Python and suggested trying it. When I used it to implement similar functions, it took me just two days from start to finish.

Although I was a firm advocate for Python and its potential, I had no idea it would become as popular as it is today. But choosing to work in Python has been key to STX Next’s success: it simplified a lot of things for me and gave me the inspiration to start the business. There would be no STX Next without Python.

We opened our first Polish office in 2005 and we’re now operating across eight locations in Poland and a ninth in the Netherlands, with over 500 people including UX designers, QA automation specialists, and communication experts.

Today we have more than 200 python developers in our team. Our core is Python, but we’ve expanded into other coding languages and services such as JavaScript, React Native, Machine Learning, Data Engineering, DevOps, Product Design, Software Testing, Quality Assurance, Product Strategy, and Discovery Workshops.

As a company we’ve turned a lot of our attention to growth and expansion in the past twelve months. We recently launched a development centre in Mexico, and we have just completed an acquisition of an AI and Machine Learning specialist in Poland that will help us to expand our offerings even more.

What can we hope to see from STX Next in the future?

Opening a centre in Mexico allows us to have feet on the ground in North America and hopefully expand our presence there even more. We plan to keep growing in other markets as much as we can too, both geographically and in the expert services we offer to our customers.

To achieve this, we always have our eyes on opening in new locations, pursuing acquisitions that expand our skillset, and adding talented developers and leaders to our teams whenever opportunities arise.