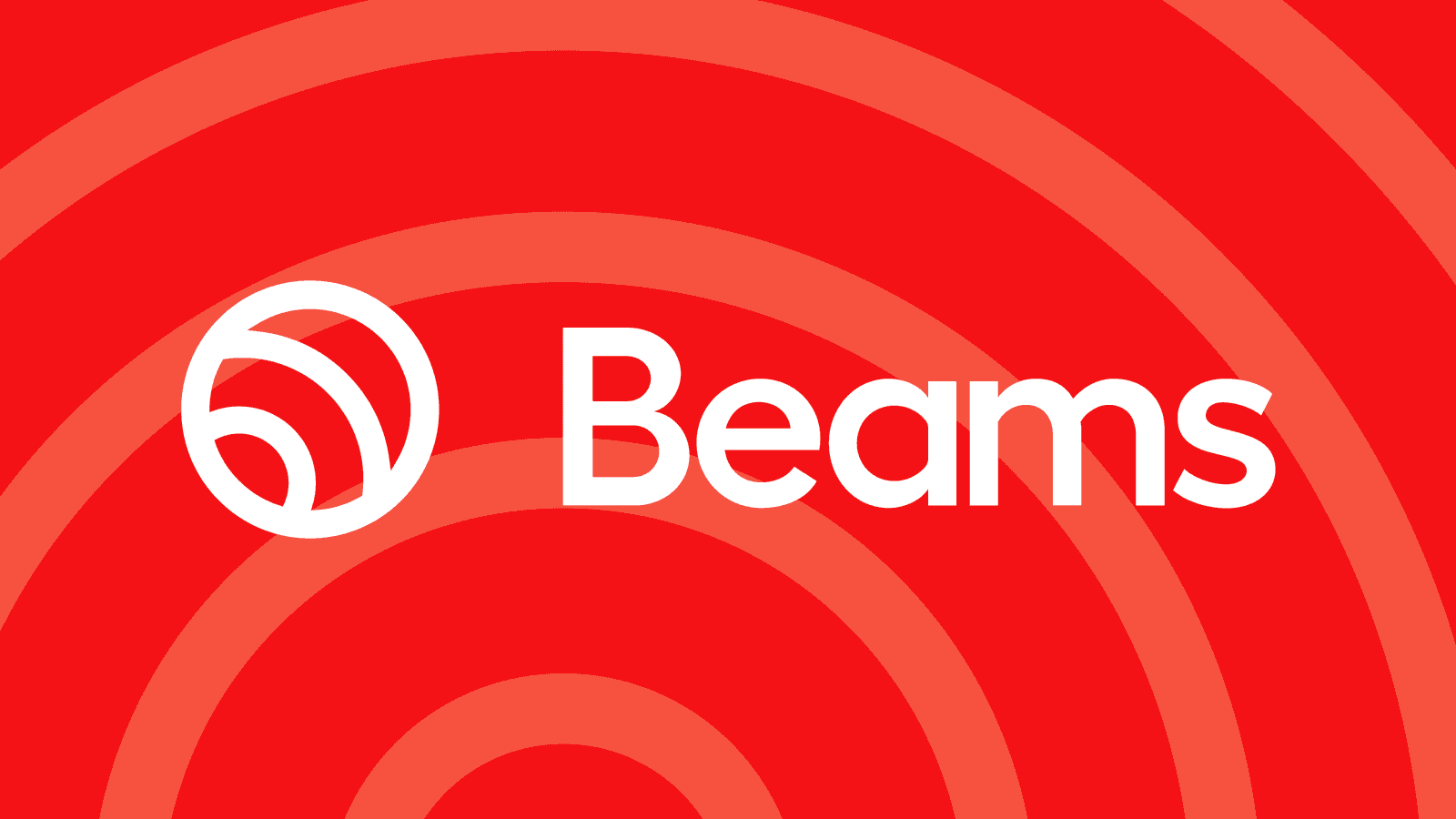 Matej and Lenart, tell us about Beams, how did it all start?

In 2018, alongside the people who eventually became our Beams co-founders, we worked on a collaboration with the artist JR. Known for his large, outdoor murals, JR’s primary format was visual – he had images of people, but they did not have a voice. Our job was to give his projects voice. It was a powerful experience, and we could see the impact immediately. By 2020, we decided to launch a start-up centered around audio.

By summer of last year we launched our Beta version of Beams. It was our first product, a collaborative, short-form audio platform that gave people an audio-first way to connect. As we built our community, we saw more and more people using it daily, to spend time listening to one-minute rundowns of a particular topic. It began with one daily 1-minute show that was all about NFTs – it was high quality, and the format was replicated and just kind of took off with creators. Beams today is a place where you can get just that: fresh audio snippets that fit into your day.

Time is precious, and we are scaling to have Beams be the home for short-form audio. We are also committed to building a space where someone can build a following for what they say, whether it be a side hustle or primary revenue stream. Look at one of our earliest communities, which is made up of comedians. Beams is a perfect fit for them – voice-first, plus any good joke isn’t much longer than about 90 seconds. We onboarded a few comedians through our networks, and word spread quickly among their community. In less than a month we had professional comedians joining us from the comedy scenes in Chicago, New York, and Los Angeles. Check out some comedians on Beams: Dater’s Anonymous, The Top 3 & Stressful Relaxation It’s been awesome to welcome these women and men to the platform.

Anyone starting anything new – in this case a brand new format – knows it’s not always easy. There was no one to copycat, no dominant voice format, no template to follow. Everything these days is heavy on text, images, and video. We saw the opportunity to invent a new format, and became one of the leaders in short-form social audio.

It was fascinating to watch what surfaced from the people we introduced to Beams very early on. As we onboarded creators – people from the worlds of fashion, sports, Web3, comedy- it took a few months, but eventually we saw the Web3 folks as the first community who began using the platform as their daily minute. They were committed to it early on, and it was easy and digestible to listen to. It became very obvious it would work for other topics as well, and we adapted our product accordingly.

We are fortunate to have the kind of team that was not scared of the experimentation phase, which many founders and early employees are dismissive or scared of in the early days of a start-up. Because we were never afraid to experiment, we now have something that is a great complement to what creators already use to share their work.

What can we hope to see from Beams in the future?

Already we can see Beams as a home for people with deep knowledge and opinions to share in a quick and digestible way. We ultimately want to be the place where you can come and get up to speed from the people you really want to hear from, fast. We even think about a creator database of topics that could give you a few minutes a day that fill up a kind of “playlist” of people you want to hear from.

From the creator point of view, we aim to be an ecosystem where everyone on Beams participates in the success of the platform – both from building a loyal community and making money with their voice.

We are having so much fun seeing this format resonate with the Beams community, and feel very confident in today’s product. Keeping an open mind, listening to our users, and setting our creators up for success will always drive our innovation and business.