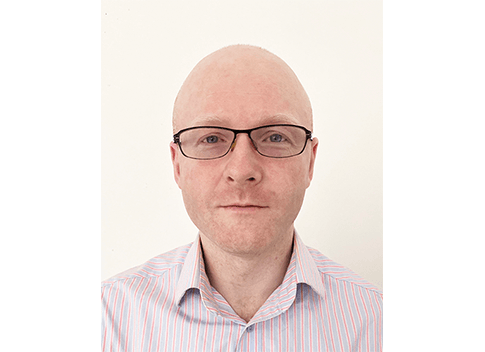 Hypervine was founded in 2018, it is a greentech startup that helps the construction and extractive industries to turn site activities into measurable site metrics. By combining data captured from satellites and its mobile app, Hypervine provides end-to-end accurate site data that brings predictability to site activities saving time, money and most importantly, carbon emissions.

Hypervine is a founding member of Climate Trace and to date, the team has partnered with teams from the European Space Agency, Doosan Babcock, Galliford Try, Morrison Construction and Scottish Water.

The idea came about when it was released that the reason a wall collapsed without any warning at Oxgangs Primary School in January 2016. It collapsed as no one inspected it as part of a service level agreement (SLA). Walls don’t just collapse, they lean and lean and then collapse – if the after-care SLA agreement was fulfilled they would have spotted this early, and if they used Hypervine they would have a Proof of Work™ and so would the Stakeholders.

Currently, we have developed a solution that captures construction site operational data directly and indirectly via mobile phone apps, IoT devices, 3rd party applications and remote sensing. The data captured creates a chain of evidence of work that is helping companies settle disputes, and increase quality and operational performance through comparison data – the system is at TRL 8.

Within the Blockstart programme, we intend to extend the functionality to a blockchain-enabled Proof of Work interface that records data to DLT asset register.

Although we did increase our customer base and profits, we also expanded our team during this time, COVID-19 did negatively affect the speed and scale of our progress because our customers had to adjust to the working environment at the time. However, we did manage to work towards some huge targets too, it was a long process, which is natural with such large industries, but we won a position on the HS2 Accelerator which has now transitioned into contracts with HS2 and their Tier 1 contractor ALIGN JV.

In addition to this, the team worked tirelessly towards another huge win, Hypervinesecured a 12-year infrastructure bid called DV2 with Morrison Construction which is split into two lots of 6 years, these sorts of contracts are certainly taking us to new levels, as a small startup being seen as an integral part of major companies and their bids, not an afterthought having won the bid, is testament to what we have built so far.

What can we hope to see from Hypervine in the future?

We are moving into renewable energy projects such as hydrogen, wind farms, and solar farms, which is exciting and hard work too. Our ethos of supporting companies to make a 1% improvement at the very start of something, and therefore ever-increasing gains and emissions reductions right through the lifecycle of a build and project, is taking us into fascinating new industries that are going to shape the world of tomorrow.

Hypervine is also looking to expand into new markets and will be adding some great people to the team. Watch this space.

Meet Jonas Thiemann, Co-CEO & Founder at The AppLike Group: Building the Next Big Thing in the App Economy

A Chat with Nir Miretzky, Co-Founder at Gaming Studio: Loopycore