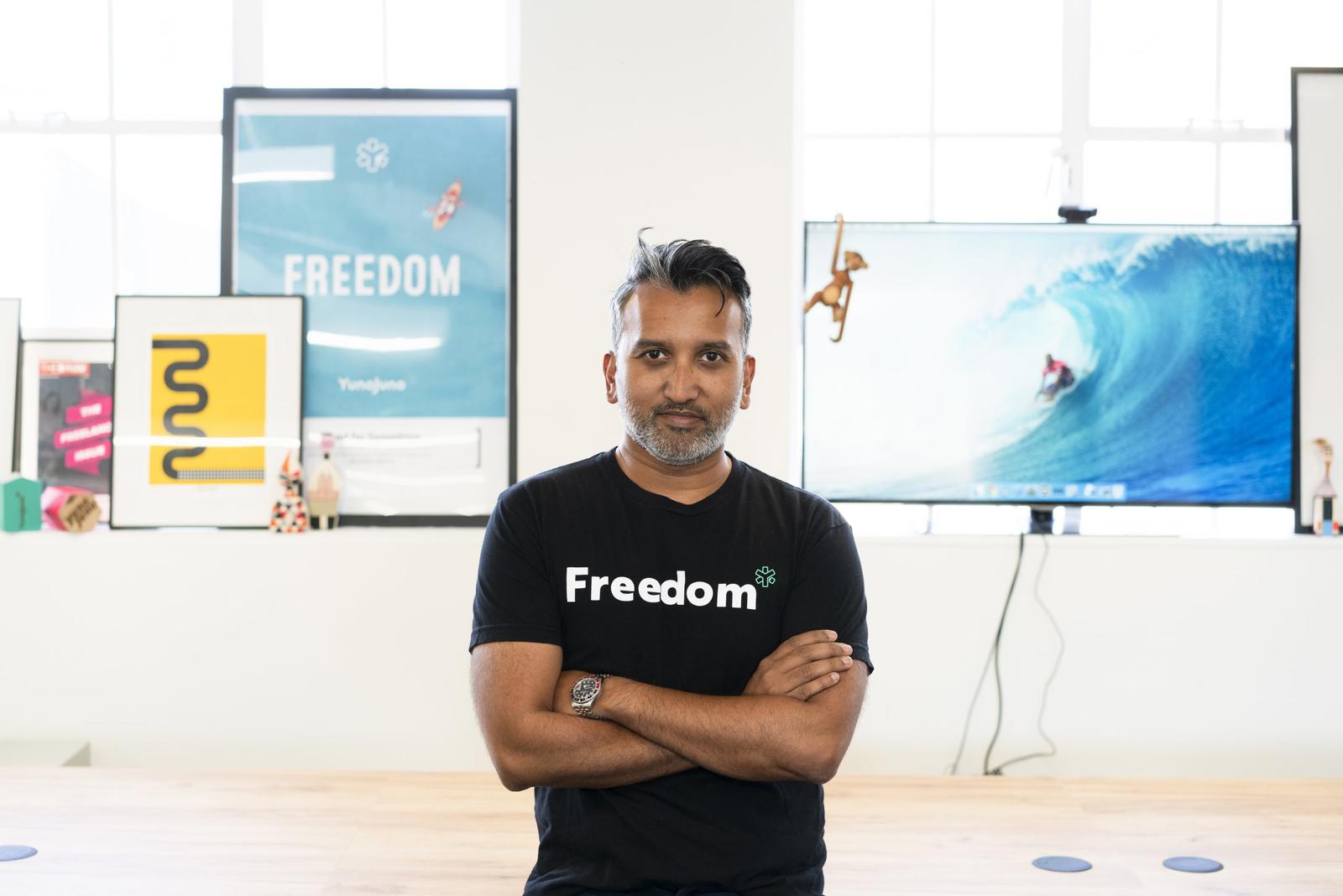 YunoJuno started out as a curated marketplace for the creative industries and has grown into the leading platform for the UK’s elite freelancer network, made up of more than 70,000 highly skilled and vetted freelancers.  Some 12,000 hiring companies, including Google, PepsiCo and the BBC, are using YunoJuno to source their agile workforce.

The YunoJuno platform supports the entire engagement lifecycle, from finding the perfect freelancer for your brief, through transparent and direct communication (no intermediary), to contract and time management, billing, and analytics.

I believe that for far too long freelancers have been unsung heroes in the world of work, and one of my ambitions with YunoJuno is to change that. Our annual Freelancer Awards, now in their seventh year, bring together the UK freelancer community for an annual awards ceremony that is the biggest event of its kind in the UK.

I have worked in the creative and tech field my entire career. Being in a more fast-paced environment of advertising and then internet related technologies was something I was more drawn to that what I studied at university – architecture.

During that phase of my career, I was generally involved with the creative / production process – be that in the traditional advertising sense, or the tech product development. A big part of any role I have had has been in sourcing and working with freelancers. I was also a freelancer myself for a couple of periods during my career.

And that is where the genesis of YunoJuno occurred. The simplest way to describe the zero to one story is that we are the product of two observations and one hunch.

The first observation was that all over the world, freelancing was on the rise. More individuals were choosing freelance as a vocational choice, and more organisations were choosing to hire freelancers to deliver their most critical projects because it made strategic and economic sense to them.

The second observation was that even though there was this dramatic shift towards freelancing, the shift wasn’t accompanied by an equally dramatic shift in the way those two groups connected with each other. It was all still very manual, inefficient, opaque, and very expensive.

Our hunch was that technology could and should play a part in evolving this connection. To make it a more meaningful connection based on requirements matched with skills and experience in a direct and transparent way.

And in making that connection, the same technology should facilitate getting the job done with the least amount of stress possible. Ie. Let the people with the jobs get what they need for their project, and the people with the skills get on with focusing on their craft.

My co-founders and I set out to build YunoJuno and solve as many of the problems we faced as either freelancers or hirers as possible.

How has the company evolved during the Pandemic?

I believe the shift to freelancing is the industrial revolution equivalent of our time. Then the Covid pandemic hit and the entire world had to rethink how life continued in the most normal way possible. A big part of this reflection revolved around work – from how projects and operations continued to be delivered, to team members maintaining connections whilst in lockdown, to reassessing the need to be physically present in an office.

As the initial downtown subsided and organisations looked to rebound within a ‘new normal’, choosing a more agile approach to a company’s workforce became a necessity and YunoJuno was the first port of call for companies of all sizes – from well established brands to emerging technologies, from FTSE 100 firms to start-ups. During the pandemic, our network of elite, vetted freelancers and hiring clients rose to 70,000 and 12,000 respectively.

Also during the pandemic, the UK government chose to implement the largest tax reform for the self-employed industry, in IR35. Organisations needed to take seriously matters of compliance in this area like never before and YunoJuno had been investing heavily in the years prior to IR35’s implementation to give both freelancers and organisations peace of mind during this time. All of this culminated in record growth in 2021 as we saw over 100% growth for the business with new client wins such as Google, BBC, and AO.com.

What can we hope to see from YunoJuno in the future?

You will see YunoJuno responding to the freelance revolution expanding its brand of into other sectors, as well as other regions around the world. We have many international clients that are pulling us into new markets as well as wanting us to manage their entire freelance operation. It’s an incredibly exciting time for the business and we are starting to see our big vision for the business being realised.

In December 2021, we reached a milestone of half a billion pounds in freelancer bookings since founding the business. In 2022, we are on track to do half that entire figure (£250m) in a single year.

Meet Antoine Hubert, Chairman and CEO at Ÿnsect: Transforming Insects Into Feed For Plants and Animals