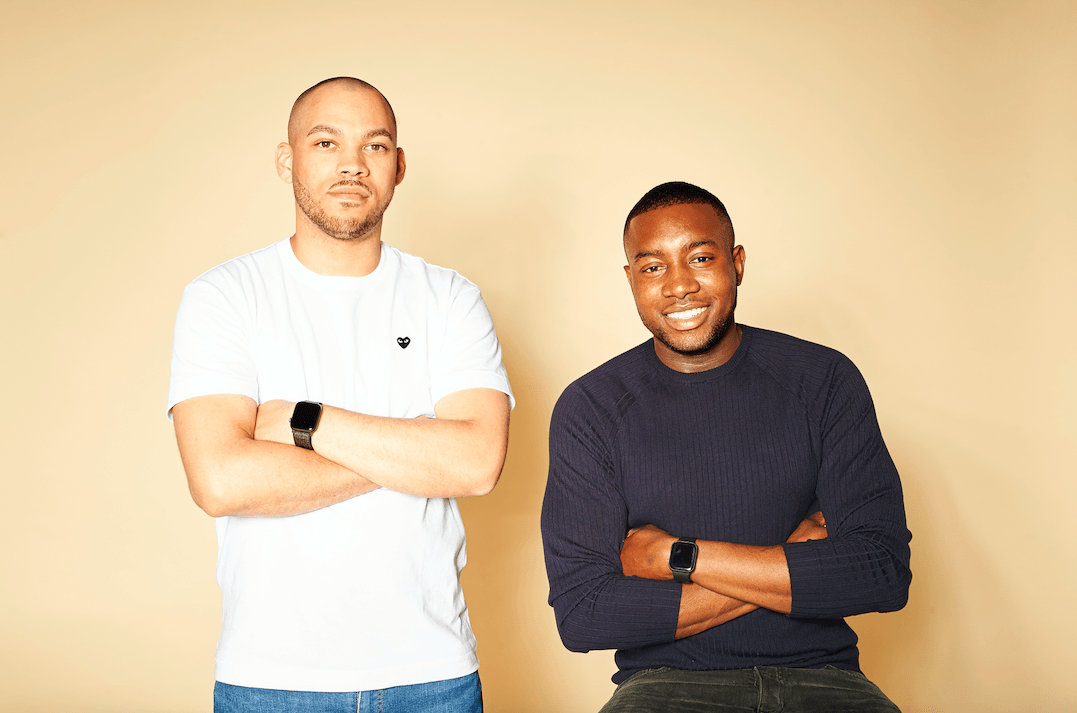 SOUL CAP is a UK-based and Black-owned business founded by Michael Chapman and Toks Ahmed.

They both grew up without learning to swim, and joined an adult swimming class to learn together. During those classes, they met a woman with afro hair who was struggling with her swimming cap. And that woman became the inspiration for SOUL CAP.

After talking to their friends and family, they realised there wasn’t a solution for swimmers with afro, dreadlock, or any kind of voluminous hair – so they decided to create their own.

“Swimming never felt like a normal thing that the people around us were doing when we were kids,” said Michael Chapman, co-founder of SOUL CAP. “When we were growing up, swimming was never really seen as a Black person’s sport. And that meant the kids weren’t chasing it, the parents weren’t encouraging it, and the teachers at school weren’t promoting it.”

“And that’s strange, when you think about it. Learning to swim isn’t just for sport or competition: it’s an essential skill, like climbing or running. So it’s sad to think there are so many adults out there who don’t feel safe or confident in the water – all because they weren’t encouraged to learn when they were younger.”

SOUL CAP has been selling its unique brand of larger swim caps and extra-gentle microfiber hair towel for over three years. They’ve shipped over 40,000 products to countries all over the world, and have appeared in Women’s Health UK, Refinery29 and a top ten list by The Independent. 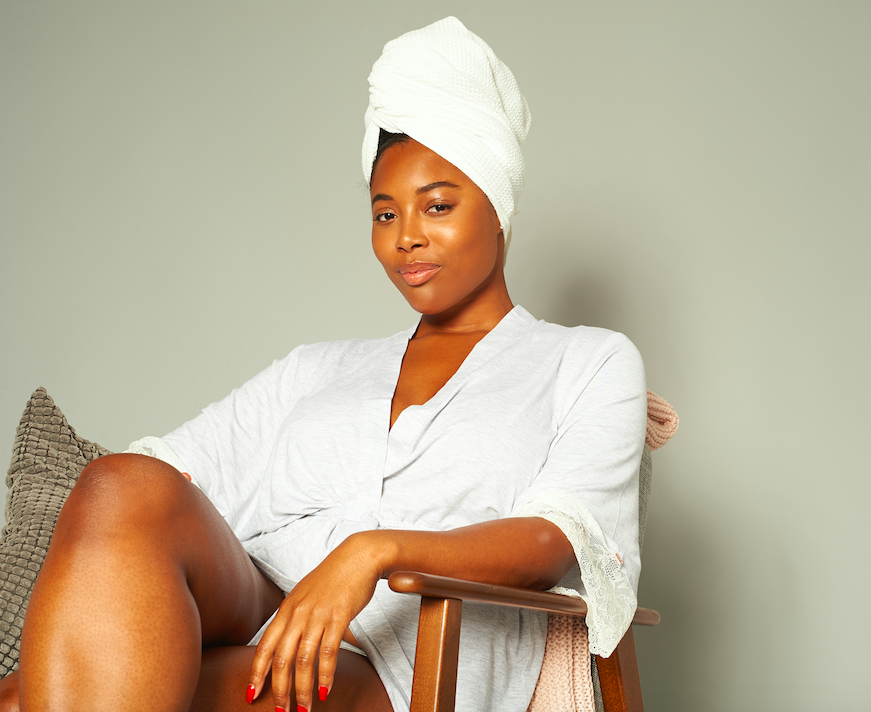 Earlier this year, SOUL CAP were delighted to announce their partnership with Alice Dearing, one of the world’s top marathon swimmers and the only Black swimmer currently representing Great Britain.

This new partnership aims to promote greater diversity and inclusivity in the world of swimming, breaking down the barriers that have kept BAME athletes from pursuing the sport to a competitive level, and dismantling some of the stereotypes surrounding ethnic minorities and their participation in swimming.

“Growing up, I was blessed to have had so much support as I worked my way up to swimming for Great Britain,” said Dearing. “But I know that swimming as a sport hasn’t always been seen as accessible to people from minority communities. Increasing diversity in the water is a huge passion of mine, so with SOUL CAP and these new swimming workshops, we hope we can start to dispel those barriers.”

Dearing has been a prominent competitor on the global swimming stage since she was crowned World Junior Open Water Champion in 2016 at the age of 19, representing Great Britain at three World Championships and three European Championships. She is currently aiming to qualify for the Olympic Games, where she would be the first woman of colour to swim for Great Britain.

“When we heard about Alice and her mission, we immediately felt a connection,” said Michael Chapman, Director at SOUL CAP, “We felt that we shared those same values, and we’re excited to do our part to help.” 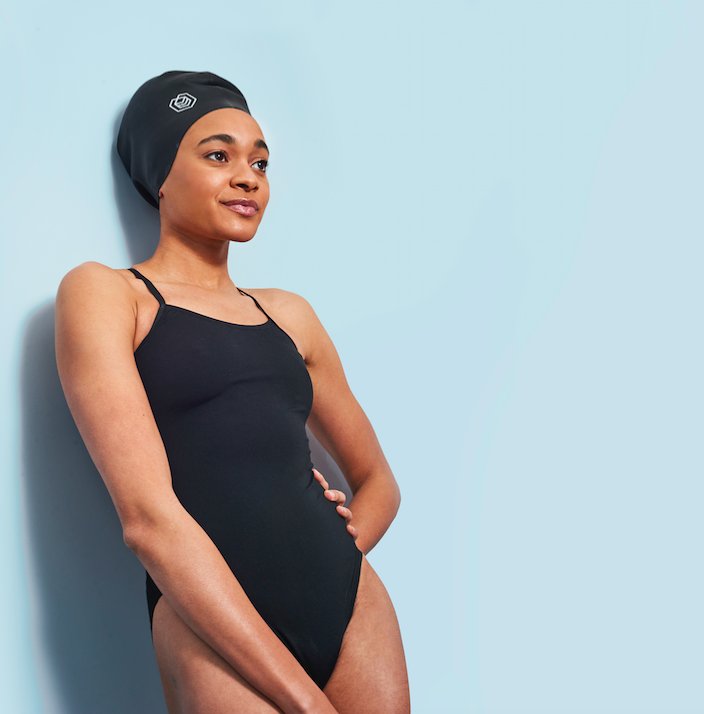 Through an ongoing series of videos and articles, SOUL CAP and Dearing have been inviting members of the public to record and share their own positive and negative experiences with the issues faced by black swimmers, using the hashtag #BlackGirlsDontSwim.

These real-life stories and personal experiences form the basis of the two-minute short, “Black Girls Don’t Swim”, released on Instagram on Friday, 7 August. You can watch the short 2 minute film on SOUL CAP’s Instagram.

As a second part of their campaign, SOUL CAP teamed up with inner-city swim club Swim Dem Crew to release their second campaign film ‘Swimming While Black’. You can watch the short 2 minute film, directed by Eva Schwank, on SOUL CAP’s Instagram.

SOUL CAP are determined to keep pushing for change and change the narrative in the sport. As the first leading swim cap solution catering for all hair type needs,SOUL CAP is driving much needed conversations. From normalising adults learning how to swim and following their journeys, exploring financial accessibility to pools, to spotlighting the astounding mental health benefits swimming brings, including for those with neurodiverse conditions such as Autism and ADHD.

Due to the interest and demand they’ve received from the swimming world, SOUL CAP are set to release smaller sizes to their cap range in the new year. Alongisde this, SOUL CAP are releasing their exclusive outdoor range in 2021 in a variety of bright colours.

SOUL CAP core value is community, which is why they support multiple grassroots organisations and sponsor swim clubs with free swim caps to ensure all swimmers find their fit – so everyone has the chance to enjoy the water.

How Might the Hospitality Industry be Affected when Lockdown Restrictions Ease?