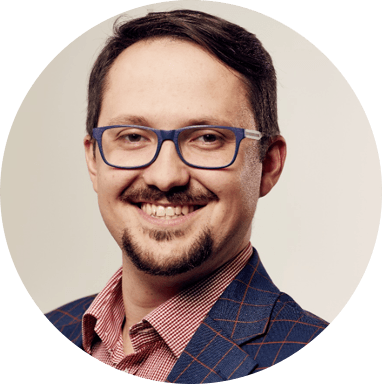 Testing protocols by most governments have focused on testing those displaying symptoms related to Covid19 however, this has done little to slow or impede the pandemic as the vast majority of spreading occurs by those who are 10-15 days ahead of displaying symptoms therefore a completely different mass testing approach is required.

Even with most individuals getting tested and receiving the green light, we still need to provide and standardise scenarios where it’s safe, for example, to go to work in the office everyday alongside a large group of co-workers.

Recognizing an emerging need for new technologies to produce vaccines, myself, Kasjan Szemiako and  Sabina Żołędowska developed a clear vision of cultivating mass diagnostic testing capabilities for the general population.

I had previously founded the Institute of Biotechnology and Molecular Medicine (IBMM) in Gdansk, which aimed to help commercialise IP being developed across the highly dense University cluster in the TriCity area of the Baltic Coast in northern Poland.

The Institute managed to develop and then patent a unique polymerase, which allows for a rapid and accurate detection of pathogens. In 2018-2019 the team intensified its focus on developing tests for Influenza, they also began developing a dynamic service business consisting of a network of labs across Poland.

Coming into 2020 with the help of international advisory firm Nex.D, the team at GeneMe began developing a rapid COVID-19 test that targeted the critical “S” gene. This resulted in a highly accurate, hugely scalable, 30-minute swab test that would go on to receive CE IVD approval.

They called it FRANKD

GeneMe’s FRANKD testing protocol stood out from the pack. That’s because it managed to improve upon the shortcomings of many of the current tests out there. For a start, FRANKD removed the degrees and gave people binary results; you either are free of the virus, or you have it and pose a potential risk of infecting others.

What’s more, FRANKD’s protocol provides further improved clarity with a highly accurate limit of detection. It can detect, upto 10 copies in the smallest volume, an advanced scientific limit of detection which goes far beyond the theoretical or statistical limits referred to by the majority of big pharma providers. The protocol recommends, based on real-world data, that carriers of mild-to-moderate COVID-19 be retained and isolated for 10 days after the onset of symptoms. While most carriers, both asymptomatic and presymptomatic, are likely to be infectious, detection of cultivable SARS-CoV-2 from URT samples is valuable as a proxy for infectiousness.

A significant obstacle in addressing the spread of infection has been that regular PCR tests have typically only detected symptomatic carriers, yet a majority of the people with COVID-19 have been asymptomatic. The problem here is that carriers within the first ten days of onset are those that pose the most risk with the highest viral load, conventional PCR testing as a result has struggled to be an effective tool for us to truly manage the spread.

That’s also why FRANKD’s isothermal reaction with amplification properties test stands out; since you can test much sooner, much faster, and it employs scalable properties which make it a pragmatic mass testing method for many people at one time. It’s a significant milestone in our efforts to manage the pandemic; from airports to work offices, FRANKD’s testing means we can identify all carriers much more accurately and on-time, while enabling a manageable scalable solution to our current dormancy.

For FRANKD’s testing to aid the return of operations, such as for businesses and events, it would have to provide a comprehensive and workable protocol. This protocol could be utilized, for instance, an employee would be swab tested as soon as he arrives at the car park of his place of work, he would then remain in a designated spot (waiting in his car) until results are sent and he’s given the all-clear to enter the designated area of operations. This protocol would create a safe bubble for employees, while letting the business return to relative normality safely.

That’s why FRANKD’s testing protocol partnered with London tech growth company Yoti in order to provide the result directly to the customer. Yoti is a secure digital identity platform used by the NHS in England and recognised by 200 countries around the world.

The GeneMe team is currently rolling out tests to multiple governments, in order to allow for mass population testing, we have just finished a 5 week trial in the UK with Heathrow Airport.

Interview with Lucie Hayter, Founder of The Gut Feeling