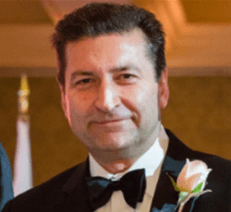 Having been active in the global sports marketing scene with international brands and sporting bodies, I quickly recognised there was a substantial gap in the market. The Clubs and Federations were quite naturally focused on the sport on the field. Tech companies were confused about how best to get involved in sport as it is vastly different by league, team and region.

My business partner, Simon Woollard, and I also identified data point after data point that said fans wanted more than mere social platforms where they could only share or like something. The 99% of sports fans that will never attend a live sporting experience wanted more engagement and club interaction than what a social channel could offer.

We had numerous ideas and selected five initial concepts to move forward with, building prototypes and proofs of concepts we tested with consumers at every stage of development. The feedback, while positive, was nowhere near the enthusiasm shown by the top sports teams who we confidentiality demonstrated early prototypes to.

This massive enthusiasm forced us to aggressively accelerate our development plans to take advantage of a 100-day test window with four top football teams in Q2 of 2019. That test was so positive for the teams and their global fans bases, that we launched our first product Fantastec SWAP in earnest at the start of the 2019/20 football season. 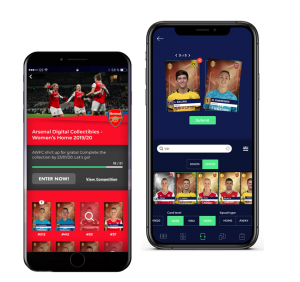 Fantastec helps sports teams, brands and athletes engage with their fans through the use of emerging technologies including blockchain, AR and VR. Our leading product is the Fantastec SWAP app, as mentioned. It’s a blockchain-based digital collectibles platform that is revolutionising the way fans engage with digital content produced by clubs.

The platform allows fans to discover, collect and swap collectibles with each other, including licensed club content like player autographs and exclusive player co-created content. Users can also earn rare collectibles and other rewards through completing challenges on the app. All of these items are authenticated and time-stamped using blockchain technology.

SWAP aims to democratise asset sharing and deliver an ecosystem of reciprocal value for global sports fans. The system will allow fans to gain instant access to things like match tickets and club merchandise, and be rewarded for showing loyalty to their club via the app. We were quite pleased when SWAP topped the sports app download charts in several countries including the UK, where we were ahead of both the Sky Bet app and Manchester United’s official app.

Steve Jobs and Apple once gained notoriety for placing 1,000 songs in your pocket. At SWAP we aim to do the same thing but with memorable football moments curated for true sports fans. Moments they can keep and cherish, trade with like-minded fans around the globe and use to earn genuine rewards from their favourite teams. There are no other blockchain-based digital collectibles platforms like SWAP on the market.

What does the future hold for Fantastec?

We want to continue to help the growth of women’s football by giving their global fanbase more exciting moments they can curate on their phone. Given the current Covid-19 environment we think it is especially important to help the women’s game, as well as many of the men’s teams that are challenged during these unique times.

Therefore, you will see more teams, more unique co-created content, and more collections over the coming months. Along with the gamification elements we have installed, we think international sports fans will find the SWAP platform a great place to connect and engage with the teams and players that make up such a large part of their daily routines.

Interview with Sam and Ben Price, Co-Founders at Heatable