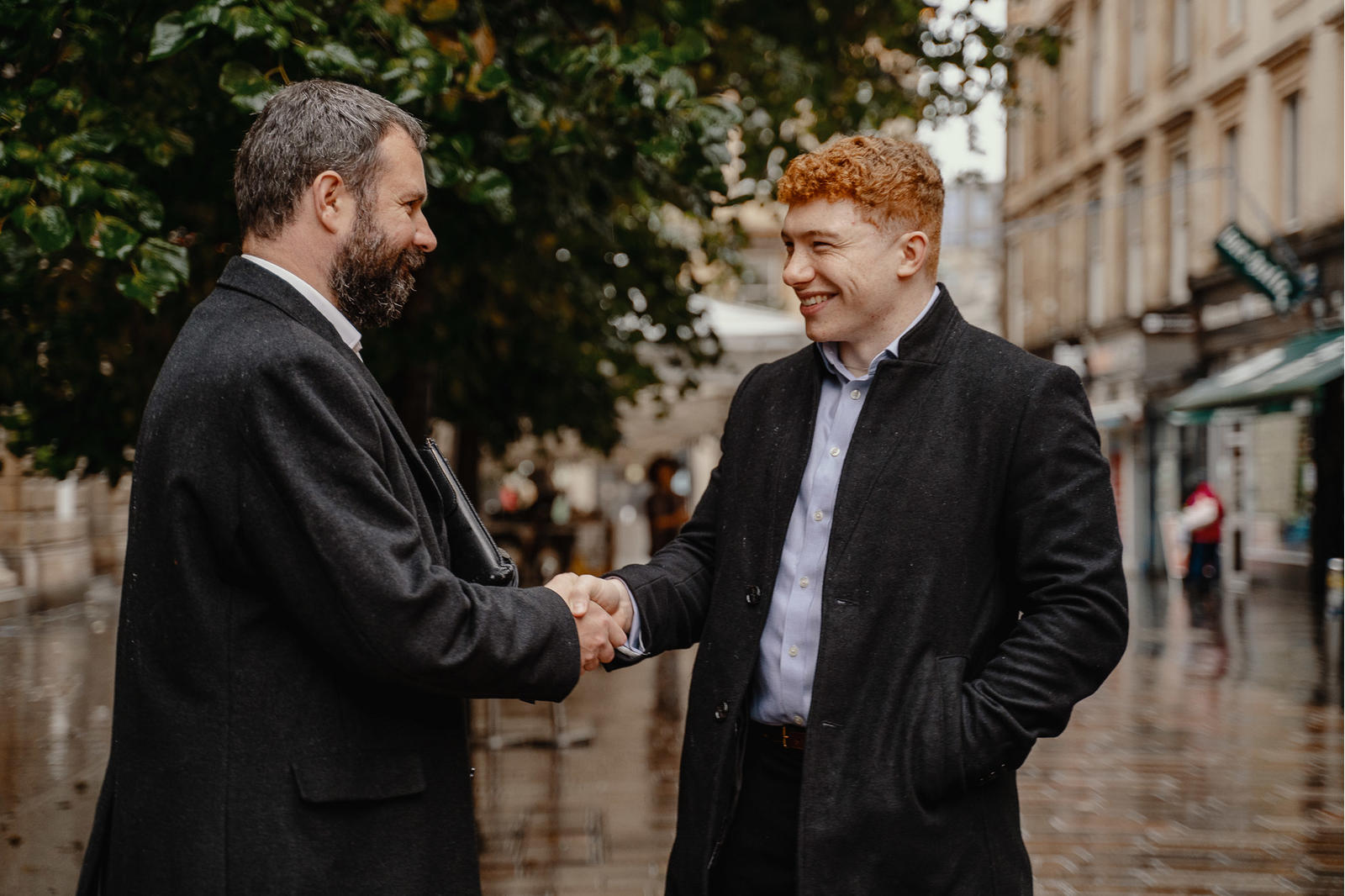 22-year-old Scottish CEO, Chris Thomas,secures major business deal which will see his company become one of the leading IT providers in Scotland


Whilst many young people are just taking their first tentative steps along their career path at the tender age of 22, one Scottish entrepreneur has already enjoyed three years as CEO of a successful ICT company and has just secured a major business deal which will see his company joining forces with another to become one of the leading IT providers in Scotland. Not bad for a young man who, just four years ago, was working as a shoe shop assistant!

Ask Chris Thomas about the secrets of his success and he’ll tell you that entrepreneurial spirit is in his blood. His late father, Richard Thomas, was admired for his accomplishments within the business world – founding the ICT company, incovo, and property development company, Oroso – as well as the sporting world, as Boxing Scotland chairman.

And so, after the sudden and tragic passing of his father in 2016, it was without hesitation that Chris left his role as a shoe shop assistant to honour his father’s legacy and steer incovo into the future. Starting on the floor, Chris spent the first year immersing himself in the business; researching, learning, developing, and strategizing.

By 2017, he had proved his abilities and took on the role of CEO where, over the course of the next two years, he effectively revolutionised the business, earning himself a coveted place on the shortlist of The Institute of Directors ‘Young Director of the Year’ awards. In 2019, Chris finalised for the ‘Next Generation Award’ at The Herald Scottish Family Business Awards, and won the ‘Business Growth Award’ at the West Lothian Business Awards.

With business booming, Chris sought to expand the company’s IT department, and has now secured a major business deal which will see incovo join forces with the IT services branch of Glasgow business, Eta Delta. The move will significantly bolster incovo’s IT provision capabilities; their newly expanded IT team will now offer high-end IT support, cyber security consultancy, and remote working implementation. This is set to have a considerable impact on the company’s reach and turnover, which will put incovo in a strong position to rival some of the leading IT providers in Scotland.

Commenting on the deal, Chris explained; ‘We’re approaching what would have been my father’s 50thbirthday. To reach this important date with this major business deal under my belt feels like the perfect way to honour him. To expand into the world of IT is a natural progression for incovo and I know my father would have been just as enthusiastic as I am about this new chapter.’

As part of the deal, James Myles, director of Eta Delta, will be moving across to incovo to head up the IT team, take on a role as director, and become a shareholder of incovo. Looking ahead he said; ‘incovo and Eta Delta have been working together for over a year, which made the deal feel like a natural move. We’ll be offering the same high level of IT support and services to our existing clients, with the added bonus of benefitting from incovo’s strengths in admin, sales, billing systems, and client management.’

A deal of this size is a major milestone for any business, yet considering all he has achieved in such a short time, there is no doubt Chris Thomas will be celebrating many more successes in the years to come.