A Connectd Future for Angel Investment 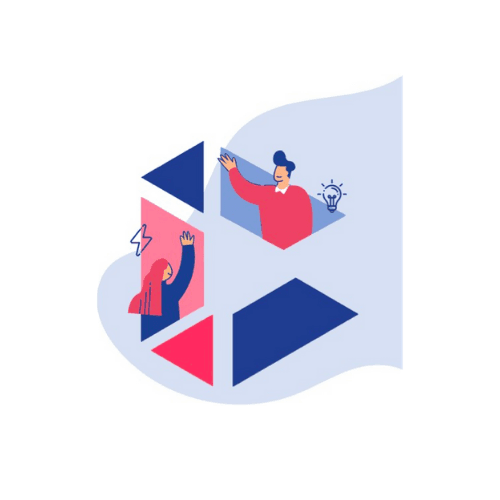 Whether we know it or not, we have been busy networking all of our lives. It isn’t always particularly memorable, but these interconnected moments are what shapes us as a society.

A character trait that many entrepreneurs share is their ability to network; to forge relationships and use them to drive their business forward. For the vast majority, this is only achieved through a great deal of time and dedication. Only a lucky few find themselves at the heart of an established network without forging a path of their own.

While a strong network can be the difference between success and failure for entrepreneurs looking to build a business, the same rings true for investors on the hunt for the next big thing.

Roei Samuel has seen both. At 26, Roei sold his company RealSports in a multi-million-pound sale to GFinity, and quickly turned his attention to angel investing opportunities. He would soon discover, however, that this could be a closed community with ‘the same deals always going to the same investors’.

This made it almost impossible to identify the best opportunities, which were very often ‘invisible’ to angel investors, who found themselves outside of the traditional club. “This cycle stifles innovation,” Roei said. “And it became obvious to me that the investment market itself was in need of disrupting.”

He continued: “Angel investors have so much to offer. More often than not it is their own personal drive and dynamism that has put them in a position to put cash into startups. Those skills can only help businesses to thrive in the early stages.”

Roei realised that a marketplace to connect angel investors with entrepreneurs and mentors such as business advisors and non-executive directors (NEDs) would benefit each group. Alongside co-founder Sam Luckett, the Connectd platform was created.

How Does Connectd Work?

At the heart of the Connectd platform is data. When an angel signs up, they set out a wide range of information from the type of companies that interest them, the sectors they currently invest in and more. Based on this, a smart algorithm matches them to cofounders that match the description and have submitted a detailed business plan. The same process applies to NEDs and business advisors looking for more fulfilling opportunities. This brings significant benefits. The amount of time spent on fruitless web searches, for example, is slashed. Entrepreneurs, investors and advisors have more frequent, high-quality engagements. Roei added: “With traditional networking all but ruled out during the pandemic, digital marketplaces and communities have become the norm – and the Connectd platform is proof that deals can be struck anywhere.”

Roei believes that the appeal to investors lies in access and visibility. “If you are a first-time angel investor you can go onto the platform and get good access to potential businesses,” he said.

For entrepreneurs, Roei explains the benefits lie in meeting potential investors without having to pay a fee that they can ill afford. He said: “A founder in the early days may not yet have an extensive personal network, and brokers can exploit this by charging £10,000 or £15,000 for introductions. This creates a real problem”.

He added: “There are also founders who are great with technology, but they don’t like pitching at demo days or mass events where the atmosphere can be a bit too much like Dragon’s Den (Shark Tank).” Advisors similarly can pitch their services through the Connectd platform instead of going through an agency.

Connectd operates through a subscription model, with a monthly fee of £20. This allows a wider pool of entrepreneurs, investors and advisors to join, but as with all new ventures, Connectd must undergo a growth journey of its own.

Roei believes Connectd has carved its own niche: “Crowdfunding is different, it tends to be about marketing as much as anything. Other options include trawling LinkedIn for hours on end or spending huge sums on agent fees. We are about matching a diverse group of people with a common goal.”

Since its launch last year, Connectd has quickly grown its community and successfully been matching entrepreneurs, investors and NEDs. There is definitely a need to attract more people to angel investing and a community platform like this has a lot of potential, evidenced by Connectd’s growing list of subscribers.

Once a good grounding has been achieved in the UK, there are plans to scale globally according to Roei: “Having been an entrepreneur and an investor, I know the value a community like Connectd brings. We want to help foster innovation the world over – and are excited to play our part in the next generation of networking.”