Aura Air UK launches what it describes as “the world’s smartest and most intensive air filtration system for under £500 RRP”. Its unique “6 stage” filter system, patented smart air quality algorithms, combined with industry standard sensors, monitoring both internally AND outside (using a 3rd party API) as well as CO & Fire detection, built into one compact unit, make it a game changer in this, up until now, traditional market.

The intelligent aspect of this Air Purification System, is that you enter the specific needs of the users into its App, via a short set of questions and the system automatically tunes itself to meet their specific health needs. It will warn you when it is not safe to go for a run or open the windows. It adjusts its settings in readiness of entry from doors and windows of high pollen levels.

Aura Air – the world’s smartest, industrial strength, hang on the wall, “6-stage” air purification system, eradicates 99.98% of airborne particulates down to 0.3μm and up to 99% of viruses, mould and bacteria. Its integrated sensors and supporting iOS and Android Apps provide real-time, indoor versus outdoor monitoring of CO, Smoke & Fire as well as PM10, PM2.5. 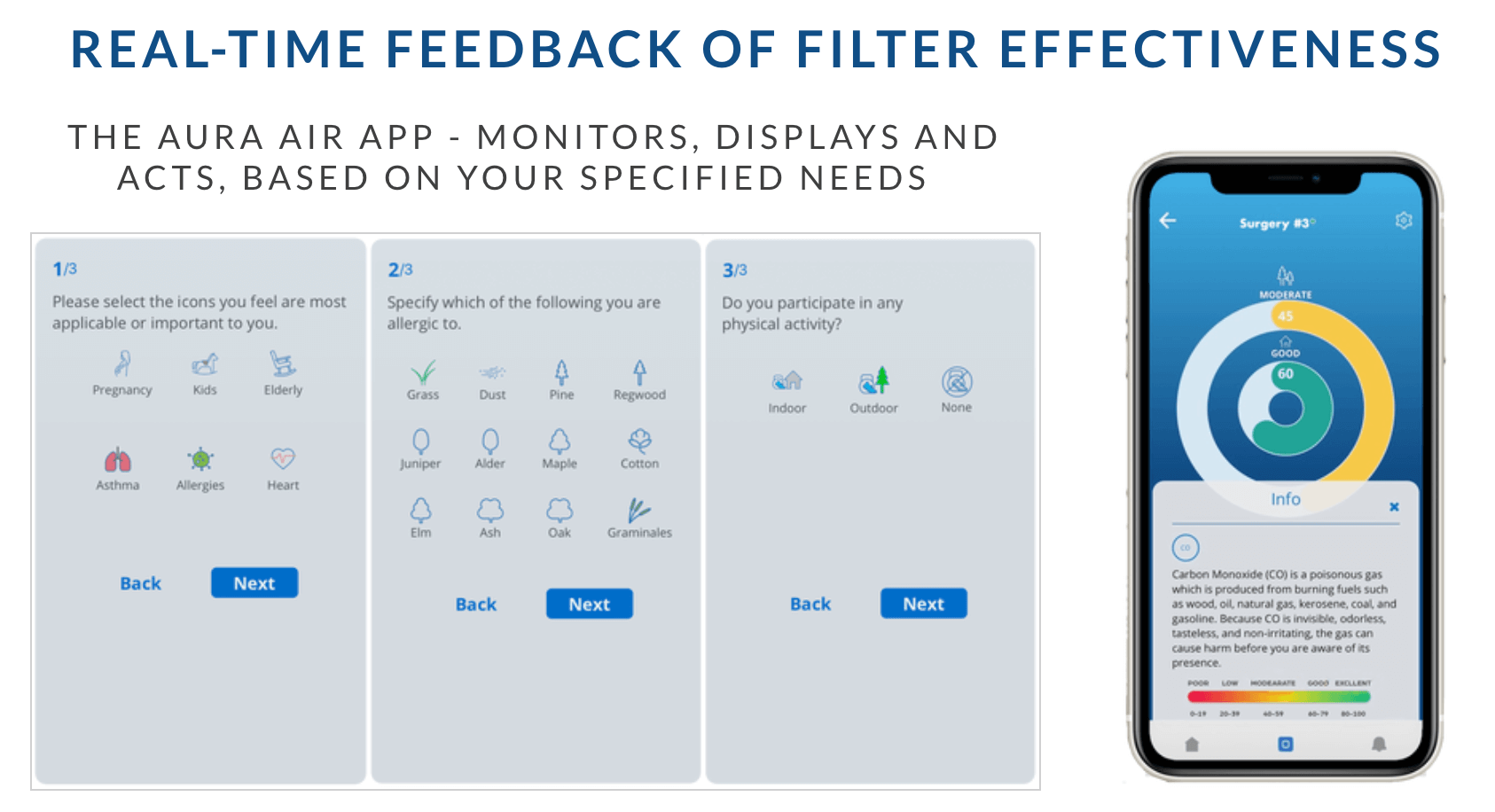 Humidity, CO2, VOC, SO2, NO2 and O3 levels. 2 unhealthy pollution levels outside of the building. In an office, this intelligence can be used to control when the air conditioning system takes air from outside, if the pollution or pollen levels are considered excessive.

The B2B version of the iOS and Android App is designed to address and monitor multiple units over one site, or across a Local Authority, or in the future – an entire City. The unit measures just 37.5 x 37.5 x 15cm, is designed to hang on the wall or on a ceiling and is powered by a standard mains plug. Each unit will purify a 120m3 area (50m2) by passing that total air volume through the filter 2.5x per hour.