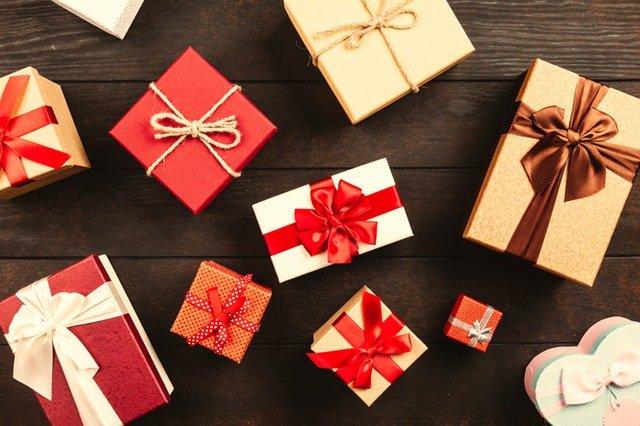 A recent survey commissioned by workspace experts Flexioffices has revealed that so called cash-strapped Gen Z (16-24yrs) are willing to pay twice as much than Baby Boomers (+55yrs) on gifts for their colleagues this Christmas.

For 16-year-olds on minimum wage, this means that they would be happy to spend almost an entire day’s pay (92%) on a gift for a colleague.

The survey with 2,000 UK workers investigated how much people across the UK are planning on spending on their colleagues this Christmas. The research also looked at who feels the most pressured into taking part in festive gifting, as well as which industry ranks the highest and lowest in festive spirit. 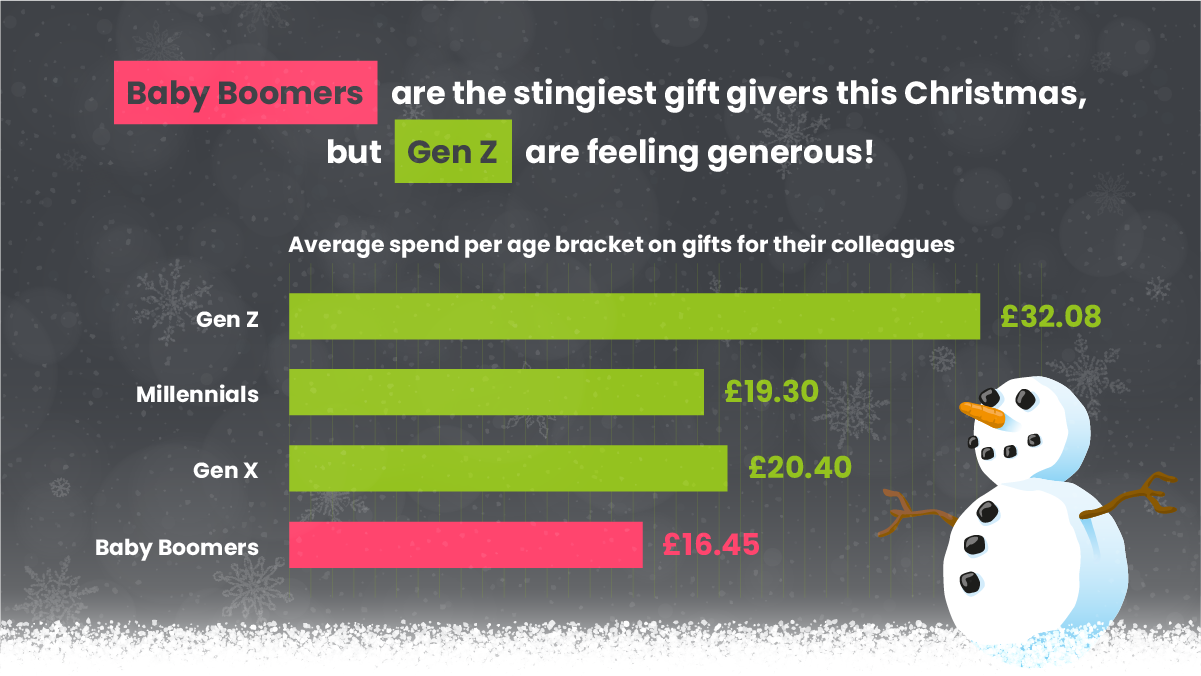 Boomers are most likely holding back on the gift giving because they are the most likely not to know what to buy. According to the data nearly half of people aged 55+ (46%) said they struggle to know what to buy and 20 per cent wished their work didn’t participate in gift giving at all. The results mean you may want to stay clear of the older generation in the office this year if you love celebrating the festivities with your co-workers.

The survey also revealed which city is the most generous when it comes to treating their workmates. Londoners spend the most on gifts for co-workers at an average of £30.64, followed by Nottingham at £22.32, Birmingham at £21.92, Manchester at £20.12 and then Belfast £20.11.

You’re lucky if you work in one of the following sectors; architects, engineers and people in the building sector are going all out and spending on average a very generous £39.06. This is then followed by people working in arts and culture (£37.24) and IT and telecoms at (£33.40).

The survey also revealed the best and worst industries for Christmas socialising. The travel and transport sector rank lowest on average with less than a third having a Christmas party (30%), only 22 per cent going out for Christmas drinks and a measly 17 per cent of people in the job taking part in Secret Santa.

The finance sector ranked highest on average for Christmas socialising with nearly half of workplaces participating in Christmas parties (44%), Christmas meals (46%) Secret Santa (46%) and nearly a third going for Christmas drinks (31%).

The cities that rank highest for a bit of Christmas cheer are Brighton, Belfast and London with a third of workers doing something festive with their co-workers outside the office.

Michael Dubicki, Business Director from Flexioffices comments ‘It’s great for colleagues to get together at Christmas as these are the people you spend most of your time with.Celebrating with your team, no matter how small, is good for morale even if you are a middle-aged Grinch’

Top 5 industries average spending on Christmas gifts for their colleagues