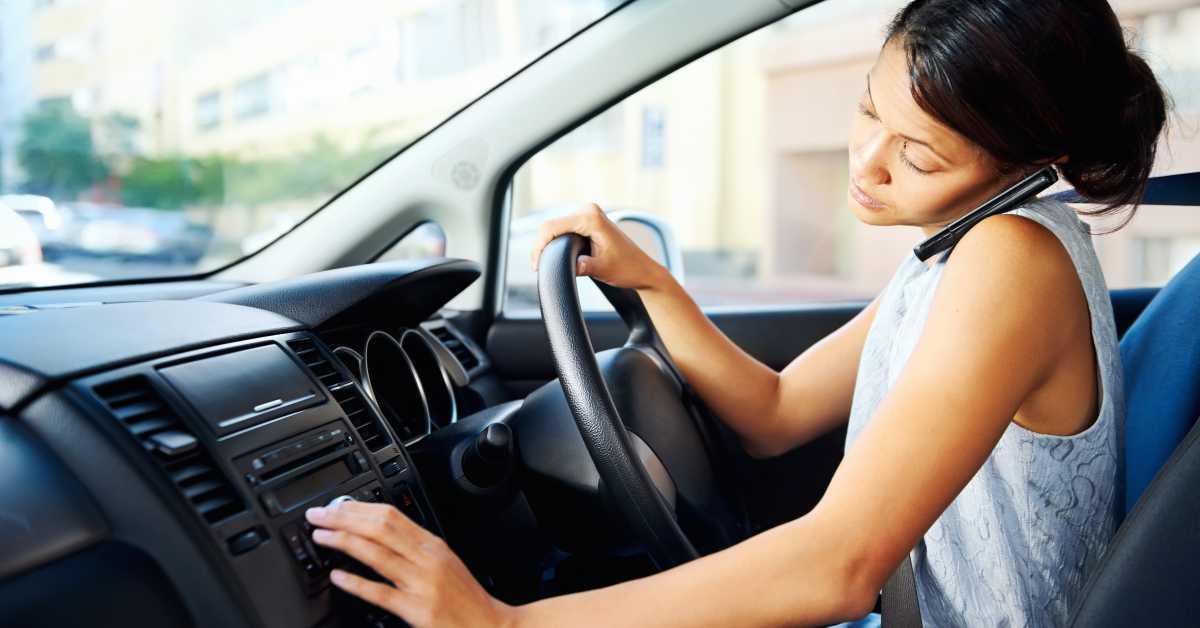 A group of MPs recently suggested drivers could face a ban on in car hands-free devices for their mobile phones on the grounds that it is distracting, but is a hands free-ban the right call and are hands-free devices as big a distraction as they are being made out to be?

While a large proportion of accidents are caused by drivers being impaired by drugs, alcohol or tiredness, according to the Department for Transport, distracted drivers accounted for just 12% of the total incidents in the UK last year. The Department for Transport even has radio campaigns aimed at tired drivers, which aim to help and inform, rather than punitively punish them just for being tired, even though tiredness is a major cause of road accidents. Moreover, previous studies have found that distractions that lead to accidents and lapses of concentration in vehicles include arguments with your partner whilst driving, the stress of getting lost, rain, spiders and even scenery, so why are hands-free devices being singled out…

Whilst considering banning hands-free devices, a measure which most drivers agree get them off their phones when driving altogether, have this cross-party parliamentary group’s report considered banning spiders from entering the UK or perhaps banning bad weather?

Being Generally Distracted or ‘Lost in Thought’

According to a study in the U.S., as many as 62% of distracted drivers involved in accidents put their lack of focus down to being generally distracted. When we drive frequently it’s easy to become blasé, but many accidents are caused by drivers who become complacent and easily distracted.

Distractions Outside the Car

Many of us can’t help but peer over to see that accident on the side of the motorway (often described as ‘goose-necking’) or wonder what’s happening over there? But focusing your attention on something outside means that the road ahead doesn’t have your full attention. According to police reports in the U.S. 7% of drivers who had an accident whilst distracted were focusing on an outside event, irrelevant to the road ahead.

Distractions Inside the Vehicle

A distraction inside the vehicle could be anything from a bee or fly buzzing around, to a spider on the windscreen, to a crying child; from an argument with your passenger to the dog jumping onto your lap unexpectedly. Accidents like these accounted for 5% of all fatal accidents in 2017, according to the Department for Transport.

A recent study suggested that eating and drinking behind the wheel is a causal factor in more accidents than using a hands-free device, yet there have been no moves by the recent cross-party parliamentary group to ban sustenance in vehicles. Eating and drinking requires our focus: our hands, our noses and even our eyes, so it makes sense that drivers who are eating have less control over their vehicles and cause accidents.

Even adjusting things designed to improve your safety takes your focus off the road and can lead to accidents. Around 1% of car accidents listed adjusting things like mirrors or seat belts as a distraction. With seat belts, much like hands-free devices being designed to minimise harm for drivers, they are of course not in the sights of the recent cross-party group.

Smoking in the Car

According to SafeStart 1 in every 100 accidents is caused or affected by smoking, either lighting, smoking or putting out a cigarette and so smoking can be even more harmful to your health than many even realise.

Adjusting the Volume and Climate Control

In the U.S. 2% of distracted drivers claim adjustments were the reason for their accident. Adjusting the radio or climate control in the car means taking your eyes off the road and is a common cause of traffic accidents. Funnily enough though, no one is talking about banning climate control or adjusting your music’s volume…

According to a study carried out by the Department for Transport, less than 1% of all road accidents in 2017 were caused due to the use of a mobile phone; that’s 431 out of 93,125 total accidents. There is no question that using your phone while driving is a big distraction and can be very dangerous, but with higher percentages of accidents being caused by in-car distractions like bees and dogs, you have to question the rationale of the latest report by the cross-party grouping of MPs.

Compared to taking a call when driving, texting and updating social media is a far more dangerous distraction to drivers. Because it requires your hands, eyes and focus its hugely dangerous to type on your device and drive.

Music can actually be beneficial to drivers’ focus, however very loud or aggressive music can increase road rage and act as a distraction, causing accidents. A study by scientists at Newfoundland’s Memorial University found that reaction time can slow as much as 20% when someone is listening to loud music.

What is the Law in the UK When it Comes to Your Phone in the Car?

It is illegal to…

The police are entitled to stop you if they think you have been distracted, which may lead to a fine, up to 6 points on your license and even the prospect of further prosecution.

Is a Ban on Hands-Free Devices the Answer?

There’s no denying that driving requires real focus and care, and that distracted drivers cause accidents that could be life-changing or even life-ending. However, it doesn’t seem as though a ban on hands-free devises is a sensible next step, when mobile phones as a whole accounted for less than 1% of accidents in the UK last year.

Hands-free devises allow drivers to keep their eyes on the road, and as such seem to be a step towards safer driving. It is hard to suggest that using a hands-free devise is any more distracting that talking to another person in the car and banning them could well lead to an increase in taking calls by hand or even texting on the road, both much more distracting options.

While the potential ban is drawing attention to the dangers of distracted driving it seems to be a misguided next step.