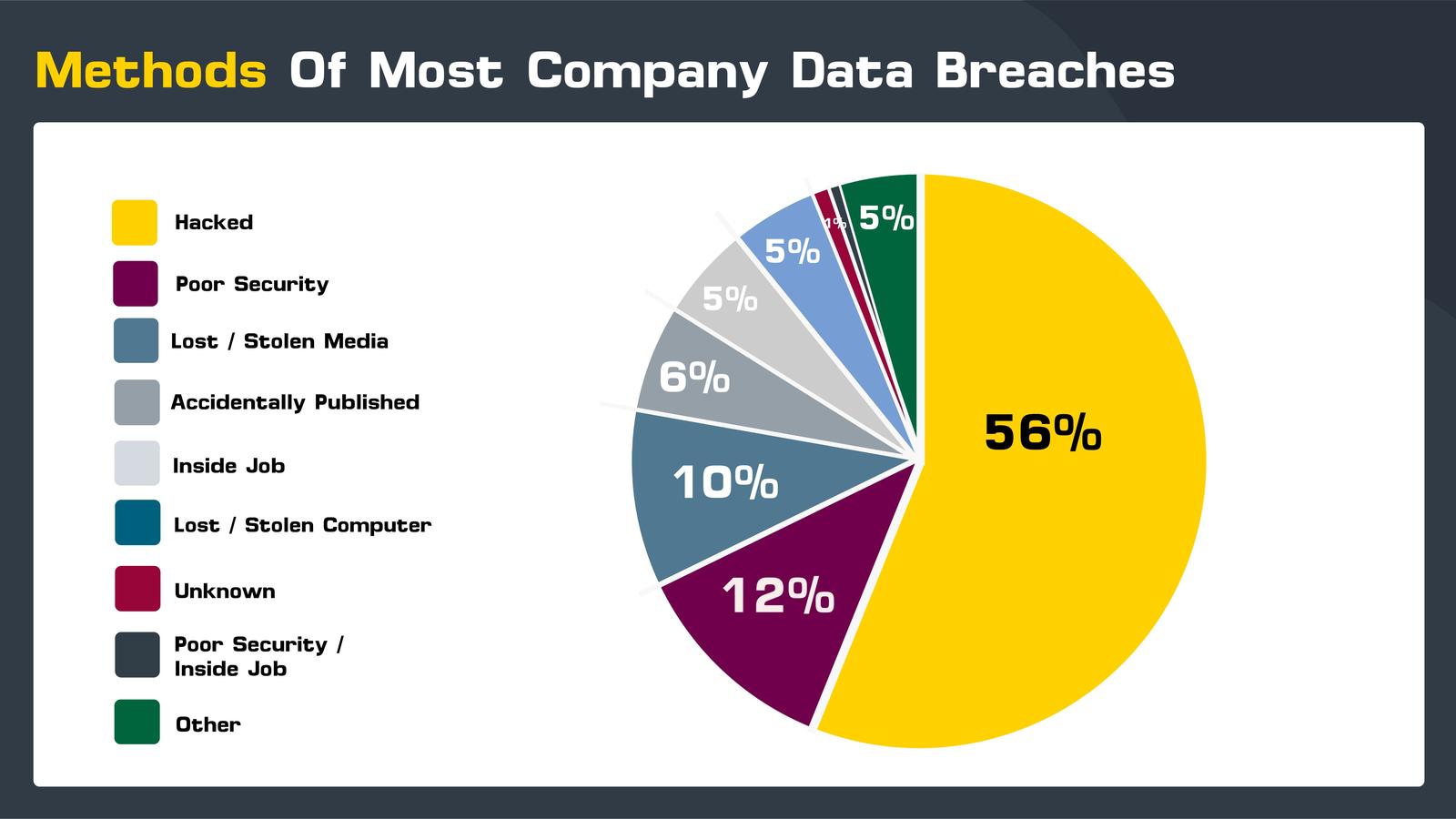 Facebook, Marriott International and AOL are among the businesses to suffer some of the worst data breaches in history. That’s according to a new study by business management software specialist Intact, which set out to establish who the big losers are when it comes to international cybercrime.

Taking data from 2004 to 2020, Intact pieced together a comprehensive visual guide to large-scale data breaches – most of which impacted the world’s largest tech businesses. The research provides not only a fascinating glimpse into which businesses are most vulnerable to data theft, but also the current state of play for cybercrime in 2021. 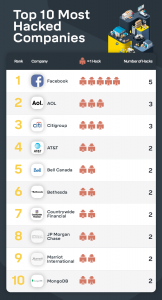 Which Businesses Suffered the Most Data Breaches?

While every business, big or small, is vulnerable to cybercrime, large enterprises with masses of digital assets present an easy target for hackers. It should come as no surprise, then, that Facebook, AOL, Bethesda, AT&T and JP Morgan were among the top 10 most hacked companies over the past decade – each suffering more than one significant data breach.

To put the scale of such data loss into perspective, it can help to look at the total number of records cybercriminals stole from big businesses. For example, Facebook alone has lost around 865 million individual pieces of data in the past 10 years – a frightening statistic when you consider that much of its data comes from its daily users.

Elsewhere, US lodging specialist Marriott International also has a worrying history of systemic data loss, with over 500 million records stolen by hackers in recent years. And application database MongoDB wasn’t far behind, reporting around 477 million cases of irretrievable data loss.

Is Cybercrime a Growing Problem?

While such large-scale instances of data theft might sound deeply troubling, are they indicative of a growing threat from cybercriminals?

According to Intact, the tide may be turning in the war on cybercrime. Because while 2010-2014 saw a 146% increase in data breaches, more recent data shows a significant slowdown, with only a 7% increase from 2015-2019.

Not that there’s any room for complacency. As cybercriminals formulate new ways to breach data systems, businesses must continue to invest in and implement the very best security tools and software if they’re to keep their digital assets safe.

Which Industries Are Most at Risk from Cybercrime?

Data theft can affect any kind of business, but it’s perhaps unsurprising that some sectors are more vulnerable than others. As part of its research, Intact explored how cybercrime varies across different industries – and there were some obvious losers to report.

By far, large corporate web and tech industries (like Facebook) fared the worst on data crime, reporting 46 major violations in recent years. Worryingly, healthcare wasn’t all that far behind, with 42 data breaches, suggesting that public and private healthcare agencies must do more to protect their digital assets.

Elsewhere in the top 10, cases of governmental data loss appeared in the number four slot, with 29 large-scale data breaches. State-sponsored cybercrime has become a significant security threat, with several high-profile cases coming to light over the past decade.