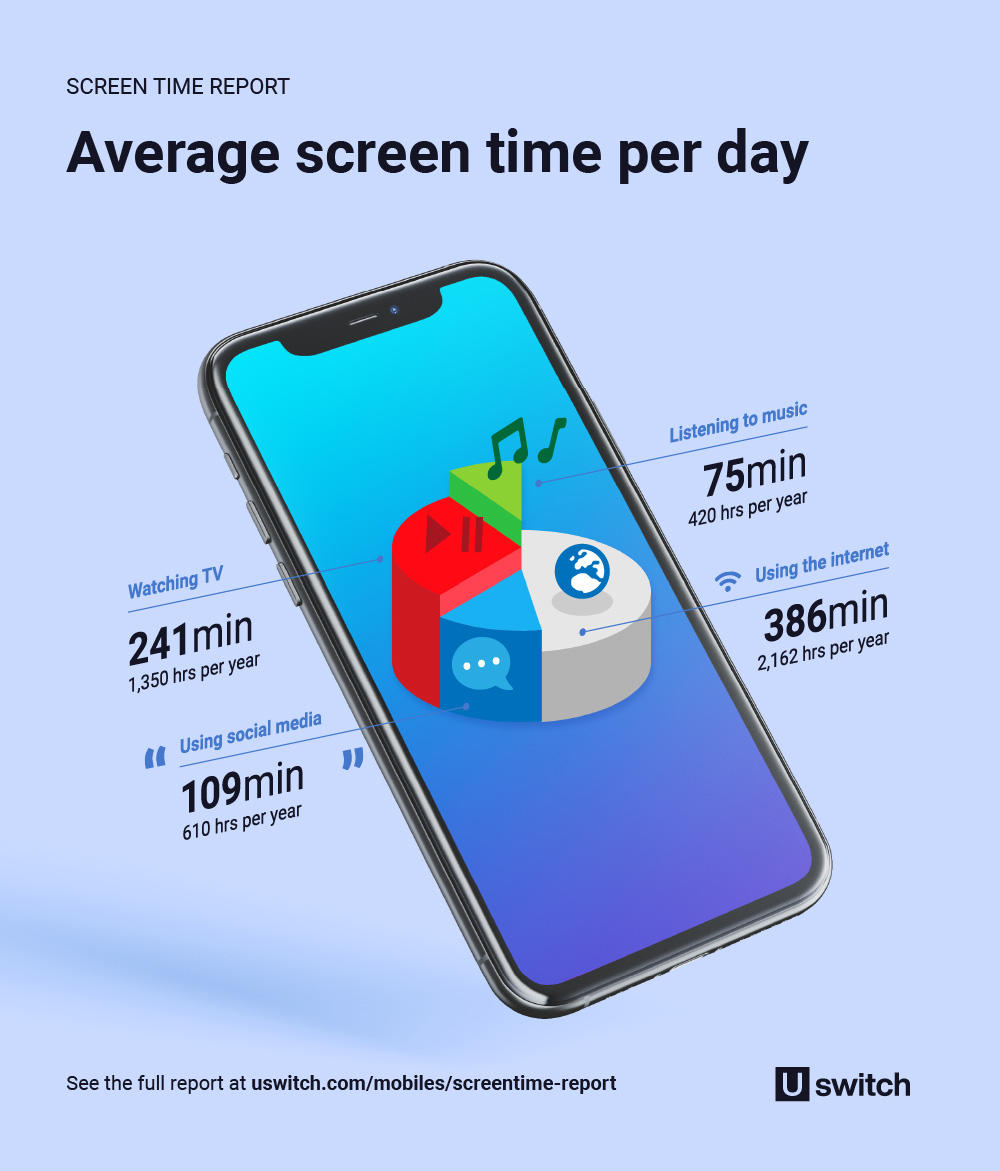 A shocking new study by Uswitch analysed how much time Brits are spending in front of a screen and what effects this can have on our wellbeing.

The study reveals that the UK is spending a whopping 386 minutes (6.4 hours) using the internet every day, this is almost equivalent to an average shift at work.

Coming in second is watching TV, the study reveals that Brits spend up to 4 hours a day watching television. Watching television is part of our daily routine but many would never consider just how much time we actually spend on the sofa.

While we might not think twice about how much screen time we consume, the study reveals that in total, UK adults are spending 51% of their time in front of a screen every year. Which means that for most adults the only time they’re not in front of a screen is when they’re asleep!

The study reveals that Brits are spending up to 21 hours a week watching TV, which is equivalent to 997 hours a year! Despite the growth in streaming services, TV still holds its weight against the likes of Netflix and Amazon.

Subscribed video content (streaming) came in second place with users watching 398 hours per year! This is equivalent to streaming for a solid 16 days or if you binged every season of Breaking Bad and Game of Thrones back to back without stopping.

Social media platform, YouTube, takes third place. Broadcast live TV and DVD have seen a decline over the past few years, YouTube has seen a surge in popularity which is why it makes the top three. With a wealth of variety of content at your fingertips, you can see why Brits can spend up to 269 hours pear year on the app.

Data reveals that children aged between 5 – 16 spend up to a shocking 9 hours a day in front of a screen. With emerging apps like TikTok, it’s not hard to see why kids get sucked into its addictive nature.

In addition to spending more time on social media apps, studies revealed that the percentage of Gen-Z who watch videos every day has doubled since 2015. From 24% to 56% among 8-12-year-olds, and from 34% to 69% among 13-18-year-olds. The study reveals that kids are spending the same amount of time on the internet and watching television, which suggests that they are doing this simultaneously which could have effects on their ability to focus.

Studies show that Gen-Z is aware of how much time they spend on social media, but are unable to limit themselves. 44% of teens say that they check for messages and notifications as soon as they wake up. Social media gives teens a sense of belonging through puberty so it’s understandable that they gravitate towards wanting to be respected and admired based on the number of likes they receive on a photo. 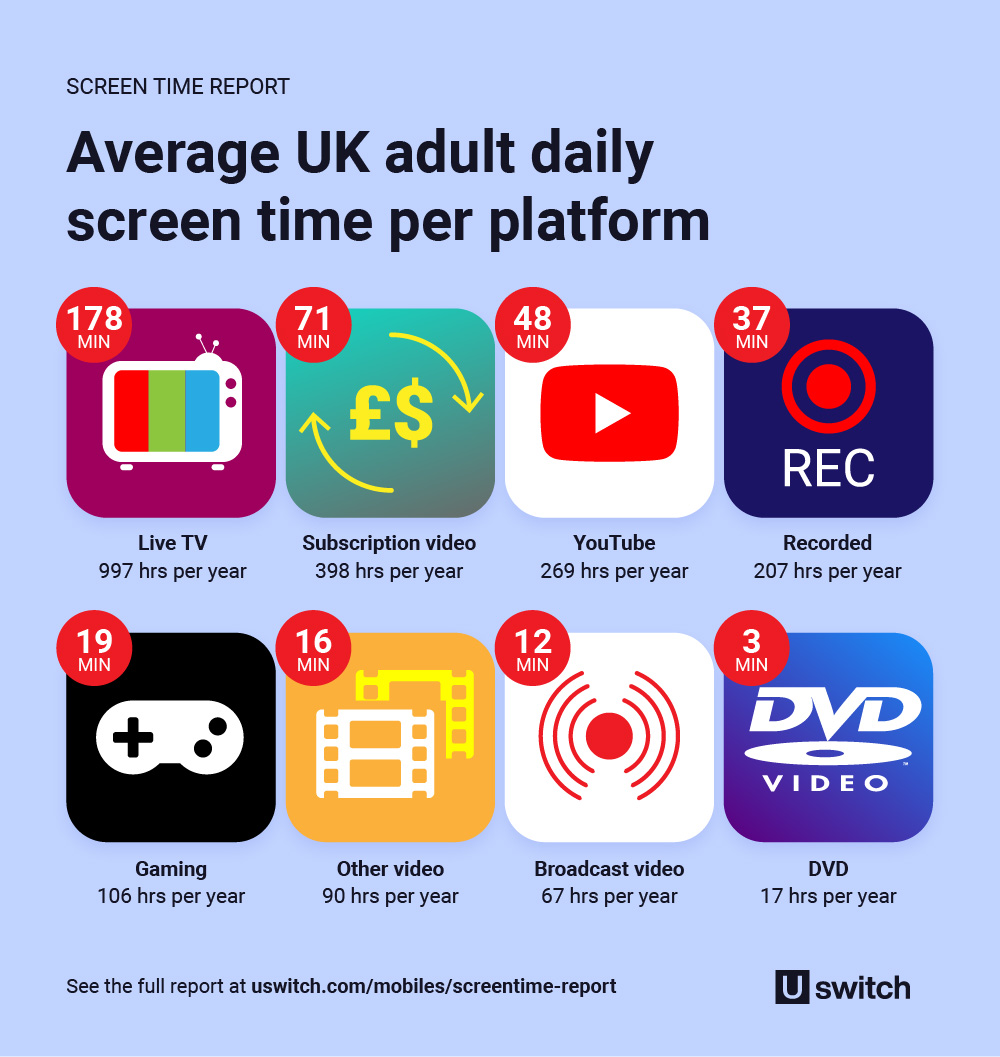 Catherine Hiley, mobiles expert at Uswitch.com, commented: “We are so subconsciously immersed in our digital lives that this research really highlights how much of our time is spent in front of a screen.

“With over half of our free time spent on gadgets, using your devices’ screen time notifications and settings can be a good way to help set boundaries and enjoy some time away doing other activities.”