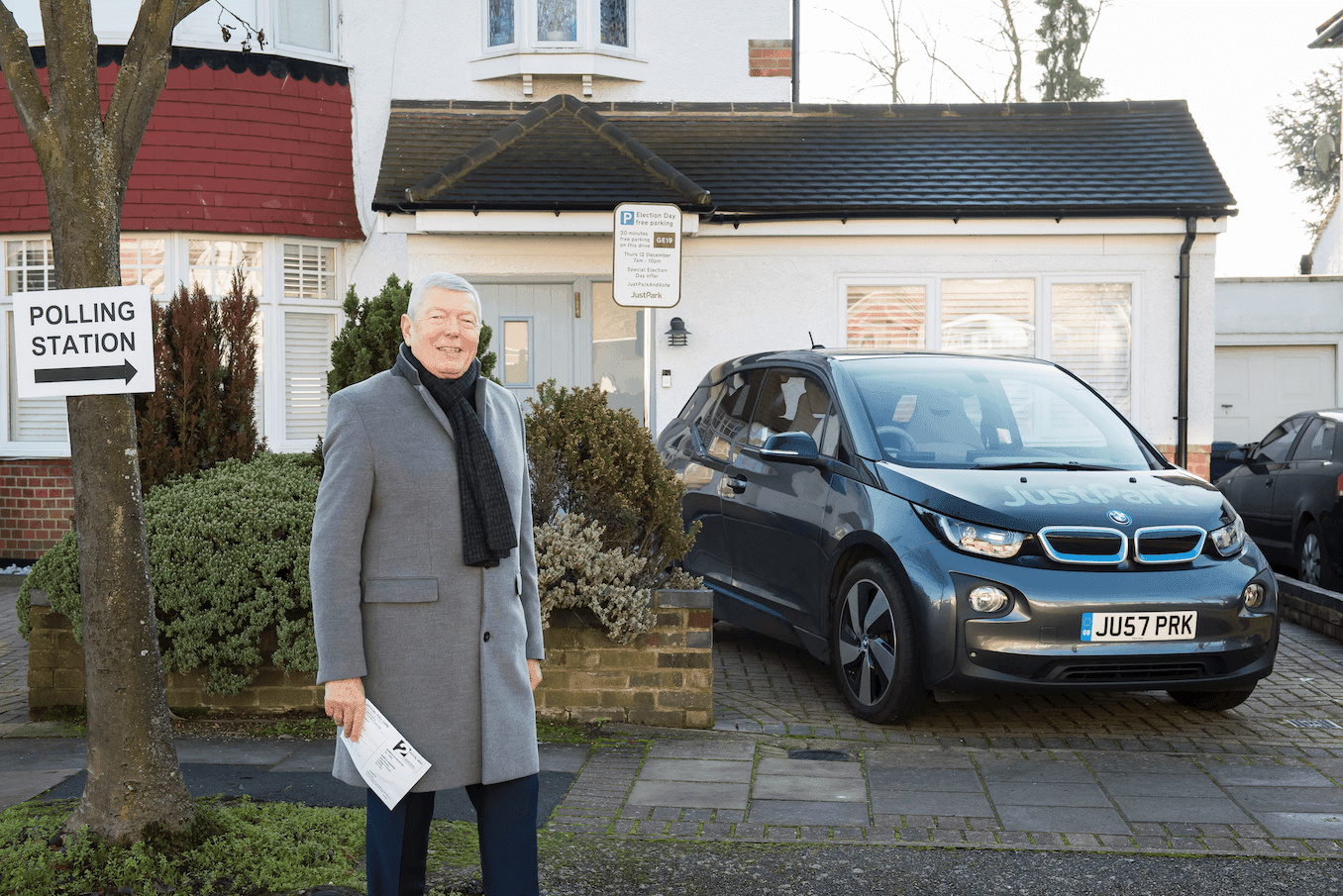 With the first general election to take place in December since 1923 just days away, voters will be faced with the unusual prospect of battling their way to the polls in potentially adverse weather conditions. To help prevent a chill in voter turnout, one parking app is offering voters free parking on election day.

JustPark is allowing customers 30 minutes of free parking in its spaces near polling stations on polling day via a dedicated page on its website. The election day page allows users to search for parking spaces near their local polling station and reserve a free space for half an hour – more than enough time to place their vote. It’s hoped that, in particular, the service will help elderly and less mobile voters battle through conditions expected to be as low as -3C on the day.

New research around voter mobility for JustPark found that three in five people expect the winter weather to decrease the number of voters heading to the polls (62%) – with under eight hours of daylight expected and historical weather reports revealing that December temperatures are typically less than half of those during summer elections.

The findings reveal that, in order to avoid a walk in the wintery conditions, 20% more people are planning to travel by car to place their vote for this election. And, with two-thirds of voters (66%) concerned about the ability of elderly, disabled or pregnant people getting to polling stations, the need to drive may be higher than ever.

However, when quizzed on the feasibility of hopping in the car for the 2019 general election, a further quarter of respondents (26%) said they would be more likely to drive to the polls if parking options were cheaper and more readily available.

Anthony Eskinazi, Founder and CEO of JustPark said: “Whatever your political opinion, we can all agree that boosting voter turnout is important, but it can be a real challenge given the time of year for this election.

“For 12 years, we have been working to give drivers a readily-available seamless parking experience. We always try to give drivers peace of mind when it comes to finding and reserving spaces on our app, and the upcoming election day should be no different.”

Former Home Secretary Alan Johnson, who launched the offering with JustPark, commented: “I am pleased to be part of a campaign that aims to get more people voting on December 12th. This will be the first December election for 96 years and for the elderly and infirm in particular, there will be real worries about the cold and dark conditions. Being able to park, free of charge, close to the polling station will make a significant contribution to voter turnout.”

Eskinazi continued: “We are delighted to have the support of Alan Johnson for this campaign, which shows that this is an initiative that is genuinely admired by those with a wealth of political experience and is seen as a great added incentive to get people using their vote.

“But we also need the backing of others. Those with driveways can sign up to make spaces available for voters and people can do their bit to help spread the word. It’s important to us that as many people as possible are able to get out and vote.”