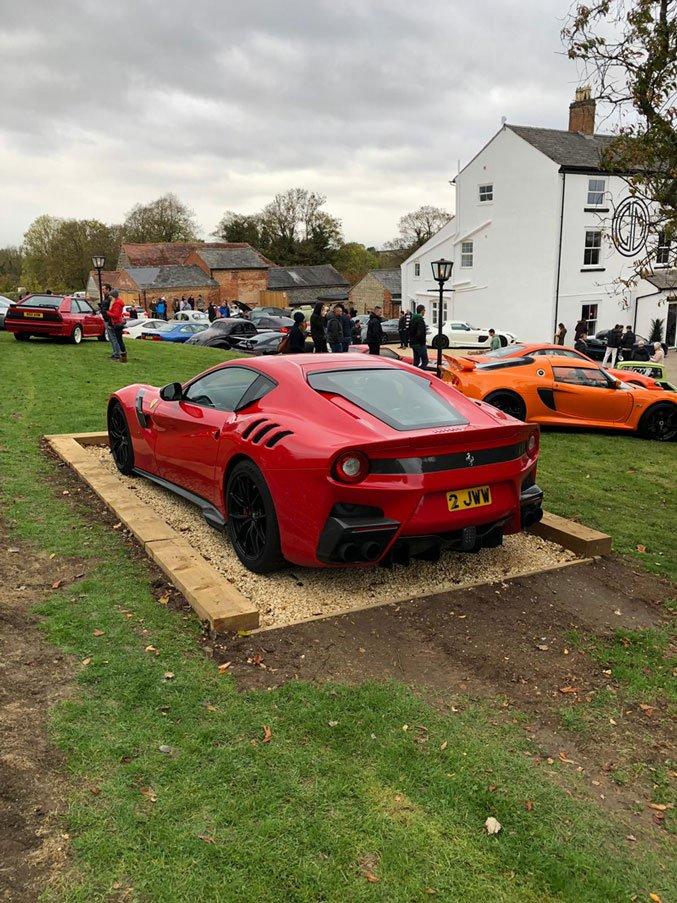 Caffeine and Machine is the brainchild of Phil Mcgovern and Dan Macken. It is a meeting spot for all things cars and coffee and is located about 10 miles outside of Stratford-upon-Avon. TechRound has been following the guys for a long time and were very excited to go to the launch of Caffeine and Machine this weekend.

How Caffeine and Machine Started

Phil and Dan worked together in Dubai. They met while working at a banking startup, but their first loves were always cars. When they were still in Dubai Phil put together events that would bring together petrol heads and caffeine lovers. Their last event before leaving Dubai brought in an astounding 3,000 people with cars from around the world. Check out the video below.


The Move Back to the UK

After returning to the UK in 2017 for different reasons the idea kept percolating and they tried to figure out what was next for the brand. They had a loyal following on Instagram and Facebook with some of the biggest names in the car world in their virtual Rolodex.

They knew that they wanted to continue to bring car lovers together but weren’t sure whether they should be running events, or running a coffee shop, or even having a caffeine and machine food truck that would tour the UK.

All they knew is that it was going to happen.

How They Found the Stratford-Upon-Avon Property

In the middle of 2017 they started looking for properties – key, of course, was the parking. For the events they were going to run it was going to be about the cars.

They finally stumbled upon a place that ticked all of the boxes, but also had some elements that they knew would make the brand even bigger – namely eight en-suite hotel rooms that could keep their long-distance customers happy.

Visiting Caffeine and Machine While They Were Under Construction

We went and visited in March 2018 to check out the property and get stuck in. We had a tiny part to play getting it ready – we tore out some tiles in the downstairs toilet (small but key).

Dan showed us around the site and talked us through what they were planning on doing. Hotel rooms, a custom bar, a restaurant serving food all day long, areas for co-working and old barns that would be turned in to workshops for businesses that wanted to set up at what will be the mecca of automobiles in the UK.

The Grand Opening of C&M

Months and months of hard work later (as documented on their Instagram page) they finally opened their doors this weekend to absolute chaos (in the best possible way). Over the weekend of the 27th October they had over 1,000 people visit, driving in from as far afield as Scotland, The Netherlands and Belgium. Cars packed the lawn – cars you are not going to see every day walking down the high street.

The atmosphere was electric – everyone was happy to be there, spend time with fellow car people and drink great coffee. I know the team at TechRound will be back to work out of their cosy cafe and escape the hustle and bustle of the city.

Where to Find Caffeiene and Machine