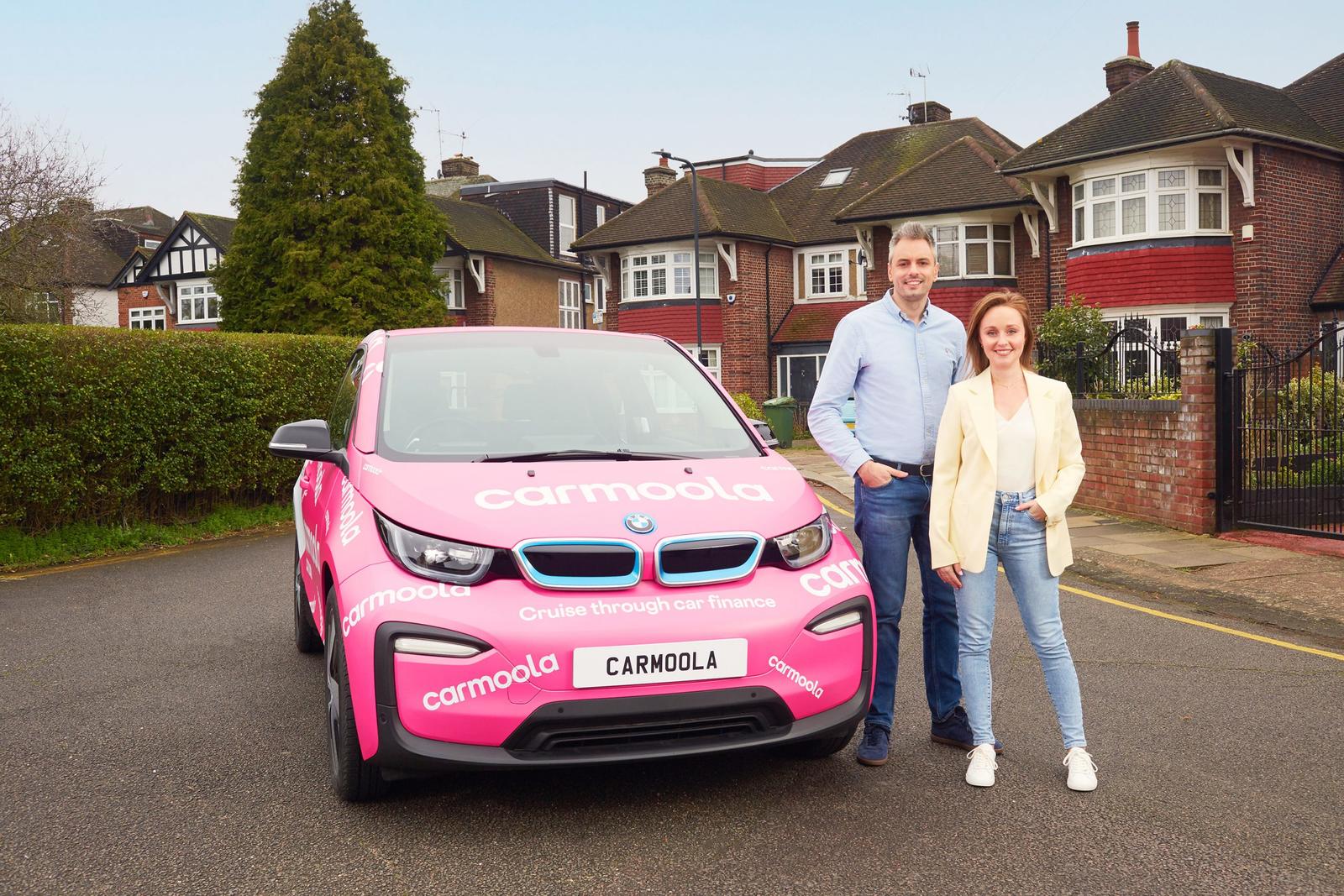 The seed round also included a host of high profile angels that have backed companies such as Revolut, Marshmallow, Clearscore and Monzo, including the former MD of Google (UK and Ireland), Dan Cobley.

Founded by British, Ukrainian and former Movebubble and Zoopla executives: Aidan Rushby, Amy McKechnie, Roman Sumnikov, and Igor Gordiichuk; Carmoola empowers consumers with a budget and finance decision in sixty seconds, giving them the freedom to buy a vehicle instantly with a virtual card online at places like Cazoo or at a car dealership.

Cutting out the middleman, saving buyers money with better value finance and discounts for choosing green cars, Carmoola also breaks the rigidity of traditional contracts, allowing motorists the flexibility to adjust terms and payments simply in-app.The London-based startup is encouraging consumers to rethink the way they pay for a second hand car – understanding what they can afford first, before beginning their search.

The investment will be used to develop the product and launch the initial stages of the business.

During late summer of 2020, Aidan Rushby took the opportunity to take an extended break in Mallorca. With the pandemic in full swing, it made sense to drive from the UK and catch the ferry from mainland Spain to the Balearic island with his sausage dogs.What should have been a simple process of financing a second hand car turned out to be an unwieldy consumer experience.

“Like many people, I went into it without a clear idea of how much I should spend or could afford.” said Aidan Rushby, Carmoola’s CEO. “You find ‘the one’ and then have to go through this confusing, paperwork-laden and painfully slow process of seeing if you’ll actually be approved for it. The process is broken. Rather than the afterthought, your budget should be the first thing on your list. There’s an incredible fintech revolution going on. And yet, car financing seems to have been forgotten about. It’s like a complete old banger. The freedom to go shopping anywhere, knowing what you can spend, without sending off reams of forms and payslips, puts the consumer immediately in control of their car purchase.”

With lending secured against the value of the vehicle, which is vetted for accident history, mileage adjustments and outstanding finance, the service gives an extra layer of assurance protecting the consumer.

Motorists are given a virtual card. Once they have found the car, they can pay instantly, either online or at any car dealership with Apple/Google Pay.

“Although new online car marketplaces have made buying the car easier, they are still using traditional car finance lenders that remain in the dark ages and consumers are paying for this.” continues co-founder Amy McKechnie.

“Underwriting is being done and reviewed manually on a case by case basis. Clunky off-the-shelf loan management systems are preventing companies from problem solving and automating processes, meaning there’s more manual work required in servicing loans – all of this cost is being passed onto the consumer. Existing lenders are also paying 15-20% of the loan amount in broker commission. And who do you think pays for that?”

In the UK last year, there were 7.5 million car purchases with an average price of £13,705, while the UK market is valued at £120 billion. And yet, only 19% of consumers use finance for this transaction and just 2% of these transactions happen currently online, making huge potential for growth.

Rushby could see that the right fintech platform, built on full proprietary technology, would cut out the middleman and give consumers fast, better value, flexible and transparent car finance.

And he knew exactly who to turn to bring his vision to life; Amy McKechnie an expert in product and marketing and Ukrainian tech geniuses, Roman Sumnikov and Igor Gordiichuk, who all met at their previous business.

Getting rid of the time consuming paperwork of the past, Carmoola calculates an affordable and approved credit limit in just sixty seconds, using thousands of data points – delivering this with smart fully automated decision making technology.

The disruptive motoring fintech also offers additional consumer benefits such as flexible in-app financing; so you can increase, pause or make one-off payments without incurring any penalties or charges, breaking the mould of traditional rigid contracts.

It is the only company to offer green incentives such as lower APRs on electric vehicles to encourage the uptake of clean-air cars, carbon footprint calculators, and to pass on savings from ESG debt funding to consumers.

With ambitions to become the financial super app for your car, Carmoola intends to offer insurance as well as a way to spread the cost of tyres, maintenance and servicing.

Alex Smout, Principal at InMotion Ventures, “Up to now car finance has been clunky and intimidating, leaving many feeling frustrated and trapped. Carmoola has reinvented how people pay for cars, focusing on transparency and flexibility to give consumers confidence in the process and access to a greater range of vehicles. We look forward to supporting Aidan and his team as they grow their game-changing approach to purchasing.”

Apostolos Apostolakis, Partner at Venture Friends, added, “Consumer fintech has been driven by improved user experience, but the process for applying for used car finance is opaque and frustrating. Carmoola has transformed the process into a user-centric app that we’re confident will become consumer’s preferred option to finance their next car.”

With the used car market the largest retail market in Europe, the road ahead looks clear for Carmoola to drive home game-changing car finance.