Has Covid-19 Made More People Activists? 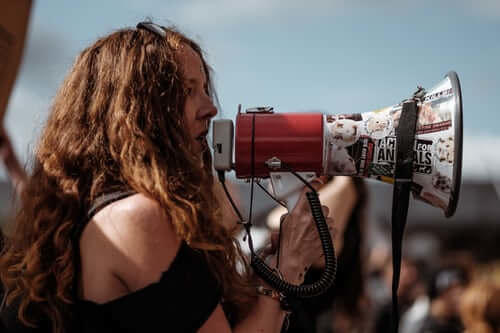 Change.org, the world’s largest platform for citizen driven social change, announced today the findings from its Global Civic Engagement Index. Based on data from the civic engagement platform, the global report shows how since January, coinciding with the outbreak of COVID-19, there has been a steep increase in people using online tools on Change.org to voice their concerns, influence policy and persuade decision makers to make changes on political, societal and cultural issues.

The Index, built by the Change.org Foundation based on people’s engagement on its platform, reveals that there has been a significant increase in the way citizens are starting, joining and winning campaigns around the world. COVID-19 related petitions and issues are surprisingly only a part of this growth. The data, analysed for the top 25 countries with highest engagement on Change.org from January 2020 to July 2020, compares its data against the same period last year.

In 22 of the 25 top countries, Change.org Foundation saw a huge increase in support of petitions compared to 2019, with a global average increase of 81% in signatures (signatures equals to people joining or supporting a petition).

Of the 25 countries analysed over the past seven months, South Africa emerged as the clear leader in adopting online activism, accelerated by the pandemic. Traditionally, the country has had lower engagement on the Change.org platform. However, since the start of the pandemic four million users in South Africa signed up to use the platform – this is six times higher than the user growth rate compared to 2019. Petition creation increased by 227%, and people supporting campaigns also increased by 1060% during this time period.

This level of increase in engagement is a record high and reveals that people in the country were using online tools to their advantage to take a stand on issues such as  safety of women and girls, protecting nurses on the frontline, ensuring people could return to work and protecting students.

The report also highlights insightful country specific analysis found over the past seven months around the world, and is outlined in the report:

The Future of Civic Engagement

Preethi Herman, Global Executive Director at Change.org Foundation said: “This report highlights not just the trends and index but many of the social, cultural and political challenges faced by millions around the world. We are hearing from people around the world about not just their problems, but the solutions they deserve, and witnessing Governments and decision makers recognising the need to respond to them online. The last few months have revealed that this world has entered a new era of civic engagement and digital activism and there are a number of non-traditional players who are leading the way to create a new wave of positive, people driven change.”