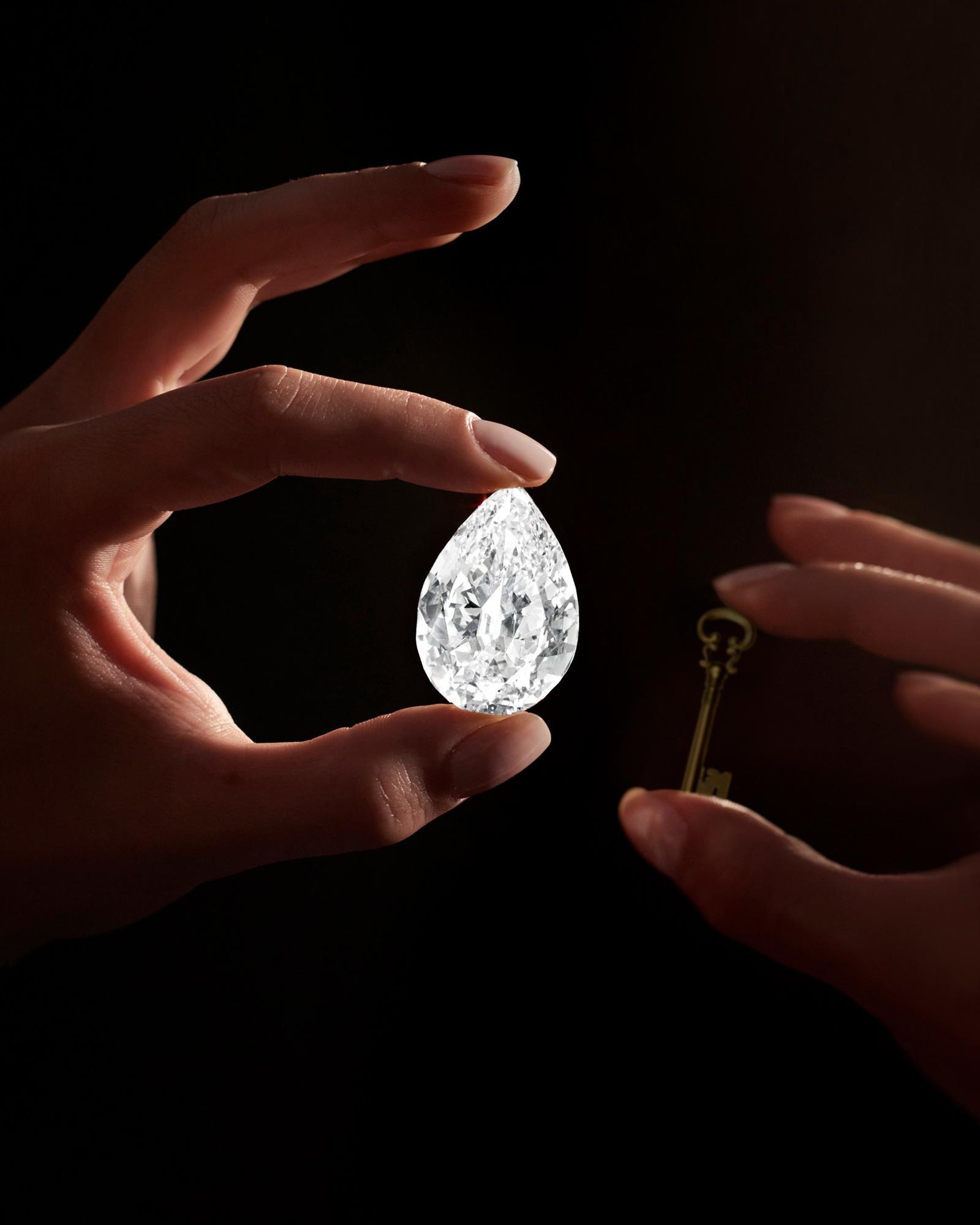 A rare pear-shaped diamond is expected to fetch up to $15 million next month when it goes on auction at Sotheby’s, where it can be bought using cryptocurrencies.

Sotheby’s said it would be the first time a diamond of this size has been offered for public purchase with cryptocurrency. No other physical object of such high value has previously been available for sale with cryptocurrency, the auction house added.

The flawless diamond, which weighs an incredible 101.38-carats, is one of just ten diamonds of more than 100 carats ever to come to auction, only two of which were pear-shaped.

It carries a pre-sale estimate of $10 million – $15 million and will be sold on July 9 in Hong Kong. Bitcoin or ether, along with traditional money, will be accepted as payment according to the world-famous auction house.

“This is a truly symbolic moment. The most ancient and emblematic denominator of value can now, for the first time, be purchased using humanity’s newest universal currency,” Patti Wong, chairman of Sotheby’s Asia, said in a statement.

Cryptocurrencies have had a volatile year, with explosive growth and major tumbles happening within weeks. The crypto has continued to dominate headlines however and this month, El Salvador became the first country to adopt Bitcoin as legal tender.

The name of the colorless diamond – Key 10138 – is intended to reflect the integral role that keys occupy in the world of cryptocurrencies.