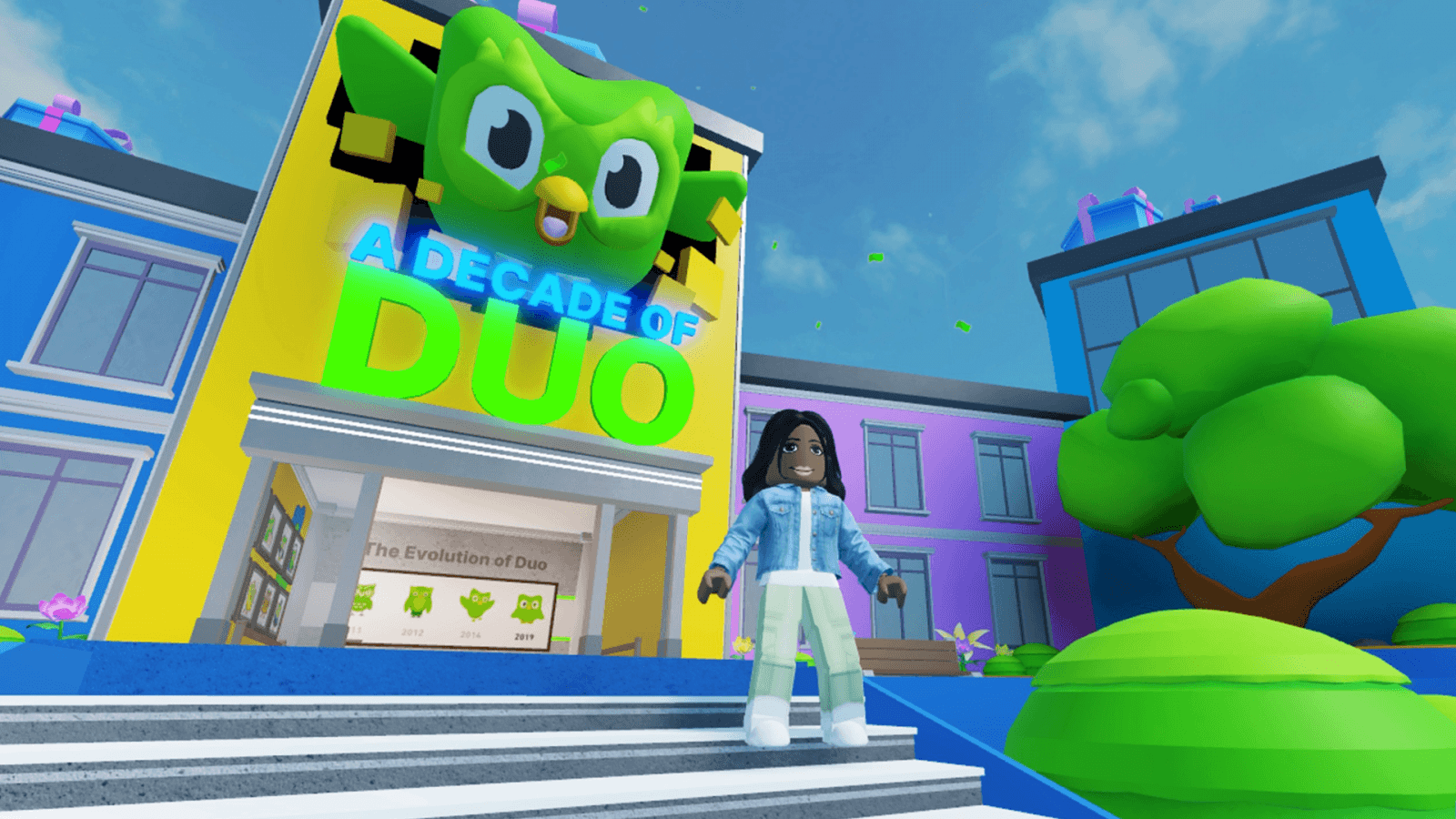 Starting today, Duo the owl is invading the Metaverse with a first of its kind activation empowering developers and reminding learners to do their lessons. Duolingo is the first language learning platform to have a presence on Roblox, a virtual universe where users can create and play games and share experiences with friends, and Decentraland, a blockchain-powered virtual world owned by its users.

The Roblox community had already created unofficial Duolingo-themed games and avatars so Duolingo decided to reward these superfans by making brand assets available on the platform, and launching a game jam where developers could submit their games to be featured in Duolingo’s virtual space. Nearly two dozen developer created games were selected from the submissions to be featured in Duolingo’s space.

“Traditionally brands activating in the metaverse create their own environments or worlds for others to engage with. However, in the case of Duolingo, a brand beloved by many including Roblox, we wanted to create an experience that gave fans the power to create something with our brand and beloved owl character, Duo, that they would enjoy and share with friends,” said James Kuczynski, Duolingo’s Creative Director Brand & Marketing.

To incentivize players to engage with the games built by the community, players can earn two to three times more in-world currency playing other developers’ games than they would playing Duolingo’s ‘Spanish or Vanish’ game. Players can then cash in that currency at Duolingo’s virtual merch store, full of Duo-branded items like a backpack, hat, bodysuit, mask, and even a cute baby owl for a virtual pet.

Duo’s shenanigans aren’t confined to the Roblox universe! Players in Decentraland can now see a huge Duo holding a push notification-style billboard, bringing an entirely new meaning to ‘out of home’ advertising.